Skul: The Hero Slayer is coming to PS4, Xbox One, and Nintendo Switch on October 21. This rogue-lite adventure is already available on PC.

These console versions will arrive before a new content update drops for the game that may encourage old players to pick the game back up. This update includes changes to the skull system and a new hard mode.

For the skulls, developer SoutPAW Games feel like they haven’t done a good enough job balancing and making each one fun to use. They are going to go back and look at all of the skulls to rebalance them and try to make them all equally enjoyable.

Here is what they feel the main problem with the skulls are: 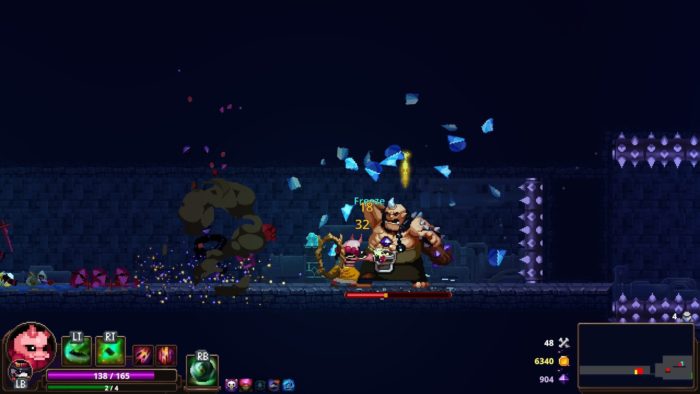 The update also brings a new hard mode. The new update isn’t focused on making the player weaker or just giving the enemy more health. SouthPAW Games did consider these alongside changing the pattern of leaves, but they decided on something much more interesting in the end. The hard mode will feature new enemies with more complex patterns.

The developers are also looking into tweaking how you level up in hard mode by reducing some of the RNG factors to give you more synergy and a better chance of defeating the new enemies that will appear in each chapter. You can read more about what will be in the update here.

I haven’t had the chance to check out Skul: The Hero Slayer just yet, but a Switch release will be the perfect chance for me to try it out alongside the new content. I’m looking forward to it.

The post Skul: The Hero Slayer Is Coming to Consoles Later This Month appeared first on COGconnected.