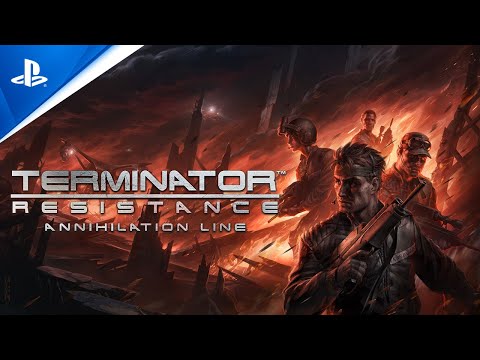 It’s weird how certain pop culture stalwarts haven’t been able to make a really successful leap into videogames. For instance, you would think that making a memorable Alien game is a no-brainer. Yet there’s never been a really great one. The same goes for The Terminator. In the 37 years since the first film’s release, the “best” Terminator game so far is 2019’s Terminator: Resistance. If you enjoyed that game, you’re in luck, because now we have Annihilation Line. Actually, the DLC is a 4-hour, stand-alone chapter, so you don’t even need to have played the base game.

When you fire up Annihilation Line, the game suggests playing at least a little of Resistance. If you’re even passing familiar with Terminator’s premise, however, you can skip that invitation and jump right in. Quick recap: there are robots intent on exterminating humanity. There are human survivors–you’re one of them. You’re part of the Resistance in Los Angeles, but you might have guessed that from the title. Your name is Jacob Rivers. Your dad was killed by the Terminators.

Of course, if you play the DLC, you’re entering the story mid-stream, which is where the expansion sits. You’ll miss getting to know the characters and their relationships to you and each other. With a few exceptions, they’re all new characters that don’t appear in the films. What’s a little strange, of course, is that Annihilation Line’s story can’t really impact that of the main game, which came first. On one hand, the story, tone, characters, and writing of both Resistance and the DLC fit well into the fiction established by the movies. On the other hand, they’re pretty blandly written, with dialogue and acting that rarely rises above serviceable. 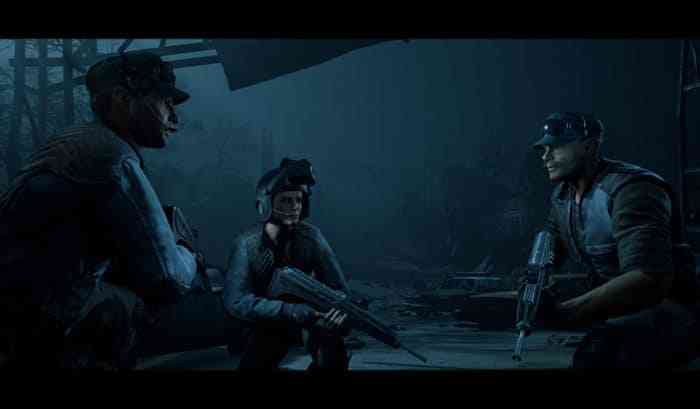 One of the criticisms leveled at Terminator: Resistance was how little imagination went into its mission design and gameplay. While fighting against the iconic T-800s and other machines was fun, the game rarely strayed from some stock scenarios. There were escort missions, scavenging missions, and stealth missions. Towards the end, there were some more impressive battles but they came too late. There was some basic crafting, and of course mechanics for leveling your character. None of it was bad, just depressingly familiar to shooter fans.

Annihilation Line does little or nothing to distinguish itself. Once again Rivers is tasked with a series of missions that take him into the ruins of the city, rescuing fellow Resistance members or gathering intel. In between missions there are dialogue-heavy interludes back at base that move the story forward.

Since Annihilation Line is a standalone game, you start with enough money and XP to level up and face the mid-tier enemies from the main game. The DLC begins with an annoyingly easy-to-fail stealth sequence, but from then on it moves at a decent clip and throws you into the action. It helps you to feel immediately powerful, versus the slow climb to competence in most shooters. Generally speaking, Annihilation Line’s pacing is good.

When it comes to presentation, Annihilation Line is a mixed salad of tasty greens and some blander ingredients. First, the game’s sound design is exceptionally well done. It really nails the details of the machines, and if you’re a fan of the films, you’ll instantly recognize the terror-inducing whir and clack of the approaching T series robots.

The developers have also nailed the look of post-apocalyptic Los Angeles. As with the sound, the art design does a good job of fitting in with the films. The enemies look great, too, though they are mostly the same as in the main game. That’s not to say that the graphics are exceptional. They’re not terrible, but not quite up to present-day standards, either. The game’s lighting is pretty bare-bones, too. Over the course of the game, the mostly dark environments begin to grow repetitive. 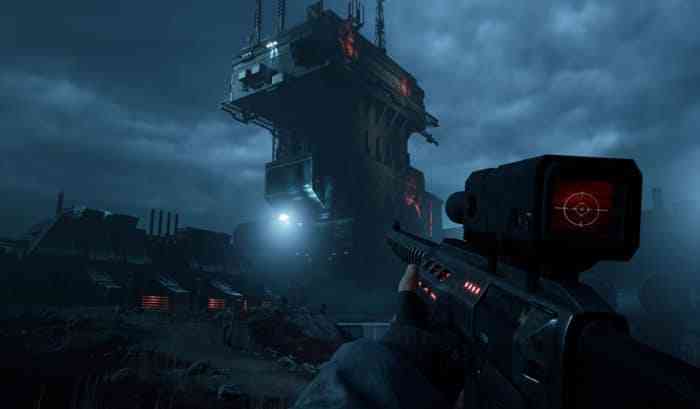 If you were unimpressed by Terminator: Resistance, your mind will not be changed by Annihilation Line. For better or worse, it is more of the same. The cast mostly carries over, as do the mission types, enemies, and weapons. It’s a little more challenging, perhaps, and the pace is faster. Annihilation can’t compare to the best recent shooters, but it does have an audience. The ideal player might be a diehard Terminator fan eager for a compact few hours in their favorite sci-fi universe. Players who really liked the main game will enjoy the DLC as well. For everyone else, it’s probably a pass.