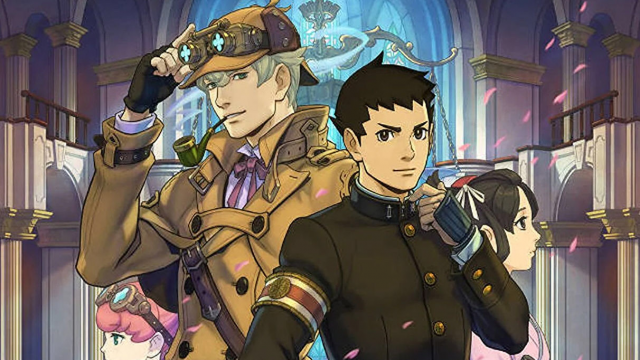 It has been rumored for some time now, but Capcom has officially peeled back the curtain on The Great Ace Attorney Chronicles. The compilation brings together two entries in the popular Ace Attorney series that had yet to be localized outside of Japan. You can take a look in the trailer, below:

Here’s what Capcom has to say about the duo of games:

Set in the late 19th century during Japan’s Meiji Period and England’s Victorian era, The Great Ace Attorney Chronicles follows Ryunosuke Naruhodo as he works to sleuth out the truth in witnesses’ testimonies and clear his clients’ names in court. Players will unravel the mysteries behind 10 thrilling cases alongside a zany cast of over-the-top characters – including the local ace detective Herlock Sholmes.

Ryunosuke is Phoenix Wright’s ancestor, just FYI. For fans of physical media, Capcom will be printing The Great Ace Attorney Chronicles on actual cartridges. Here’s what comes alongside the two games:

The Great Ace Attorney Chronicles features exciting bonus content including eight additional mini-episodes and three alternate costumes that were previously released as DLC content in Japan. The collection also provides an inside look into the artwork, music and voice recordings of the games through the newly added Art Gallery and Auditorium.

The Great Ace Attorney Chronicles will launch on July 27. We might not have an official Mother 3 localization just yet, but the fervor to bring these two Ace Attorney games to the West has been strong, so kudos to Capcom for pulling the trigger on this decision. Now if we could get Ace Attorney Investigations 2 over here next, that would complete the series for North American and UK fans… fingers crossed!