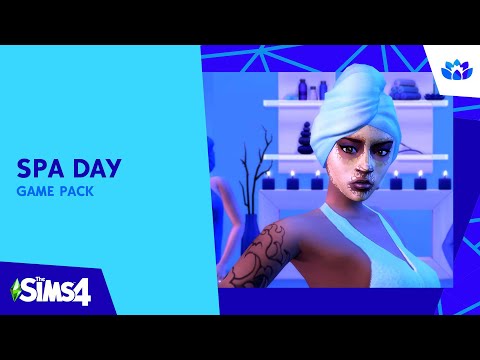 After 6 long years, the Spa Day game pack will receive a new free update that will include a large amount of new content.

Following a number of leaks, Maxis and EA have announced a new refresh that will include The Sims 4 game expansion, Spa Day, which was released six years ago. Spa Day initially featured three new spas and a gym, allowing Sims to spend their free time sweating in a sauna, receiving a massage, or enjoying a mud bath.

Relax yourself at the Spa.

The upgrade includes “a slew of new features and content updates,” such as face masks, manicures and pedicures, and new nail colors, patterns, and forms. Ebonix, the modder, has developed a new free update aadira designs.

Danielle “EbonixSims” Udo is an experienced The Sims modder who has made substantial additions to the game’s capacity to generate diverse Sims. Ebonix, as well as other modders such as Amira “Xmiramira” Virgil, have been recognized with providing additional skin tones and hairstyles for Black Sims, giving diversity choices that were severely absent in the original game.

The update, which will be released on September 7th, includes a new “High Maintenance” characteristic as well as the option for kid Sims to practice yoga and meditation.

Beginning September 7, owners of The Sims 4 Spa Day will be able to get the new DLC for free. The game is available on the PlayStation 4, PlayStation 5, Xbox One, Xbox Series X|S, and PC.

Watch the trailer of the refresh of The Sims 4 here on Game Freaks 365.