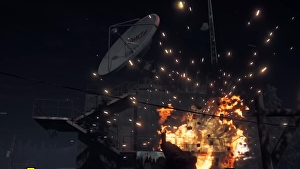 Last week we heard that several fan-made GoldenEye levels in Far Cry 5 had been pulled by Ubisoft following a copyright claim, but it seems the author has now reuploaded the levels under a new name – which will hopefully be enough to ensure the levels stay up in future.

After confirming the levels had been pulled, creator Krollywood said a few days ago he intended to "change some details like names and re-upload them as soon as possible," and it seems that's now happened. Krollywood confirmed in a Reddit comment that the levels have been reuploaded to Far Cry 5's arcade mode under the name "Golden Cry". To find them on PS4 you'll need to search for the creator name "Perfect-Dark1982", and on PC the creator name is "Graslu00".

Krollywood spent two and a half years recreating the 18 GoldenEye 007 levels in Far Cry 5's level editor, and you can hear a little about how he did it in the video below: