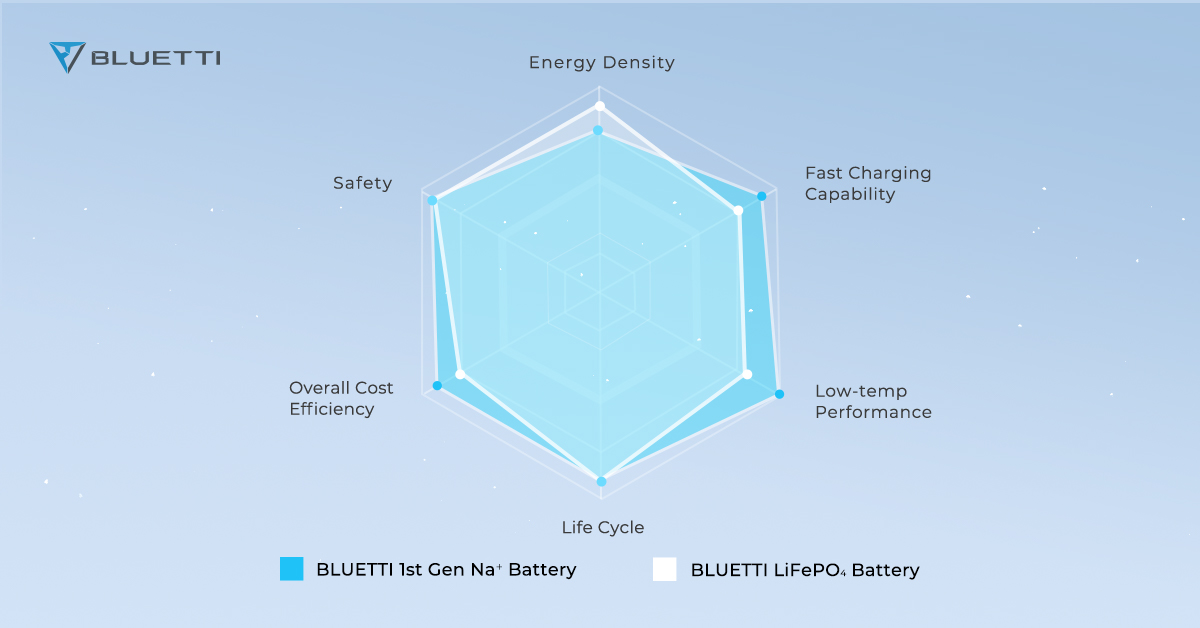 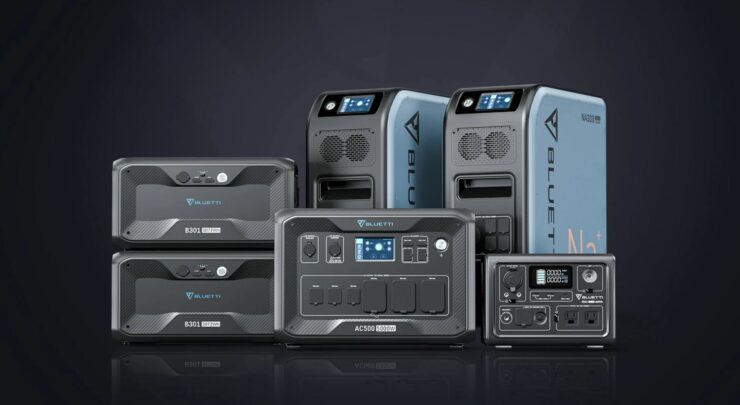 BLUETTI is going all-out for 2022, with announcements that span across sodium battery power stations, solar panels and all-in-one home power solutions. While most consumers may be watching for news about the BLUETTI APEX in 2022, the brand’s range of products is expanding with smarter power solutions throughout the home.

In today’s announcements as part of CES 2022, BLUETTI shared some of the details of the new 2021 TV lineup

1. The next generation of energy storage: sodium-ion battery

BLUETTI has announced the world’s first sodium-ion solar generator-NA300 and its compatible battery pack – B480 on CES 2022.

The NA300 and B480 seamlessly inherit all the style and appearance settings of its predecessor – EP500 Pro, especially four 20A plugs and one 30A L14-30 output ports driven by the built-in 3,000W pure sine wave inverter to juice up most household electrical appliances. Besides, the NA300 further outstrips the EP500 Pro’s incredible 2,400W solar input to 3,000W. It may be cited to be the fastest charging solar generator since it can be recharged from 0% to 80% in a short half-hour by 6,000W swift AC + PV dual charging. (3,000W Max. for both AC and PV) 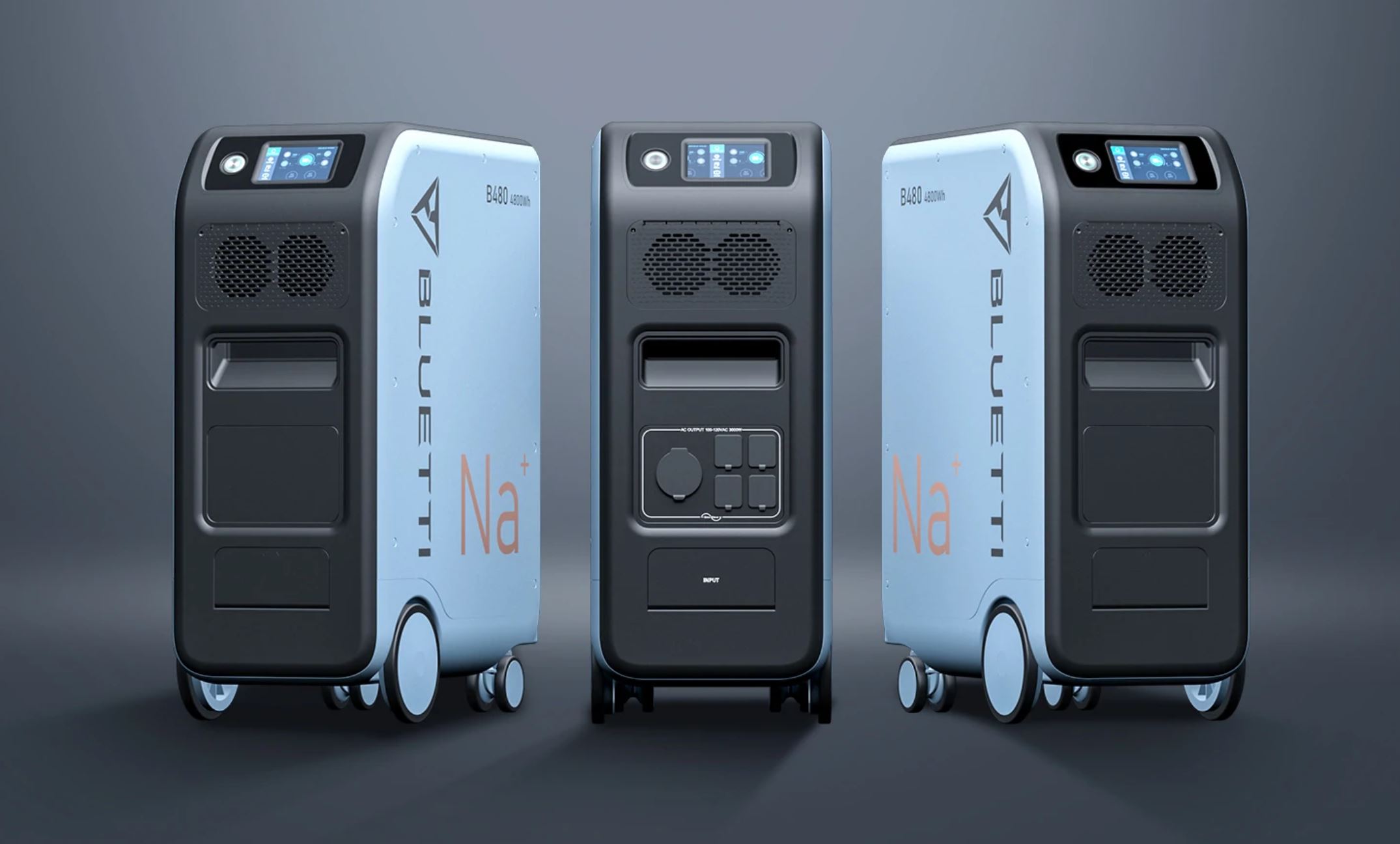 However, NA300 provides a capacity of 3,000Wh, less than the 5,100Wh of EP500 Pro in the same size owing to the current sodium-ion battery technology limitations. Favorably, it supports up to two B480 battery modules (4,800Wh each) for a whopping total capacity of 12,600Wh, and the unit can sustain the constant supply for a family electricity needs for several days or even a week in grid failures or natural disasters with recharging by the solar panels. Additionally, NA300 also offers the 240V, 6000W connection with a Fusion Box and another NA300, IoT App Remote Control by iOS or Android, and other EP500 Pro’s merits.

The first-generation sodium-ion battery rivals the LiFePO4 battery cells widely used in other BLUETTI products in security and long cycle life except for the low energy density; yet the former excels in terms of cost, low-temperature performance, quick-charging, and other electrochemical aspects because of its chemical characteristics. BLUETTI’s sodium-ion battery can charge in less than 30 minutes to 80% SOC at room temperature. Besides, in a low-temperature environment of -20°C (-4℉), this sodium-ion battery pack in NA300 and B480 has a capacity retention rate of more than 85% and provides a system integration efficiency of over 80%, which is perfect for powering in winter or in regions with extremely low temperatures. 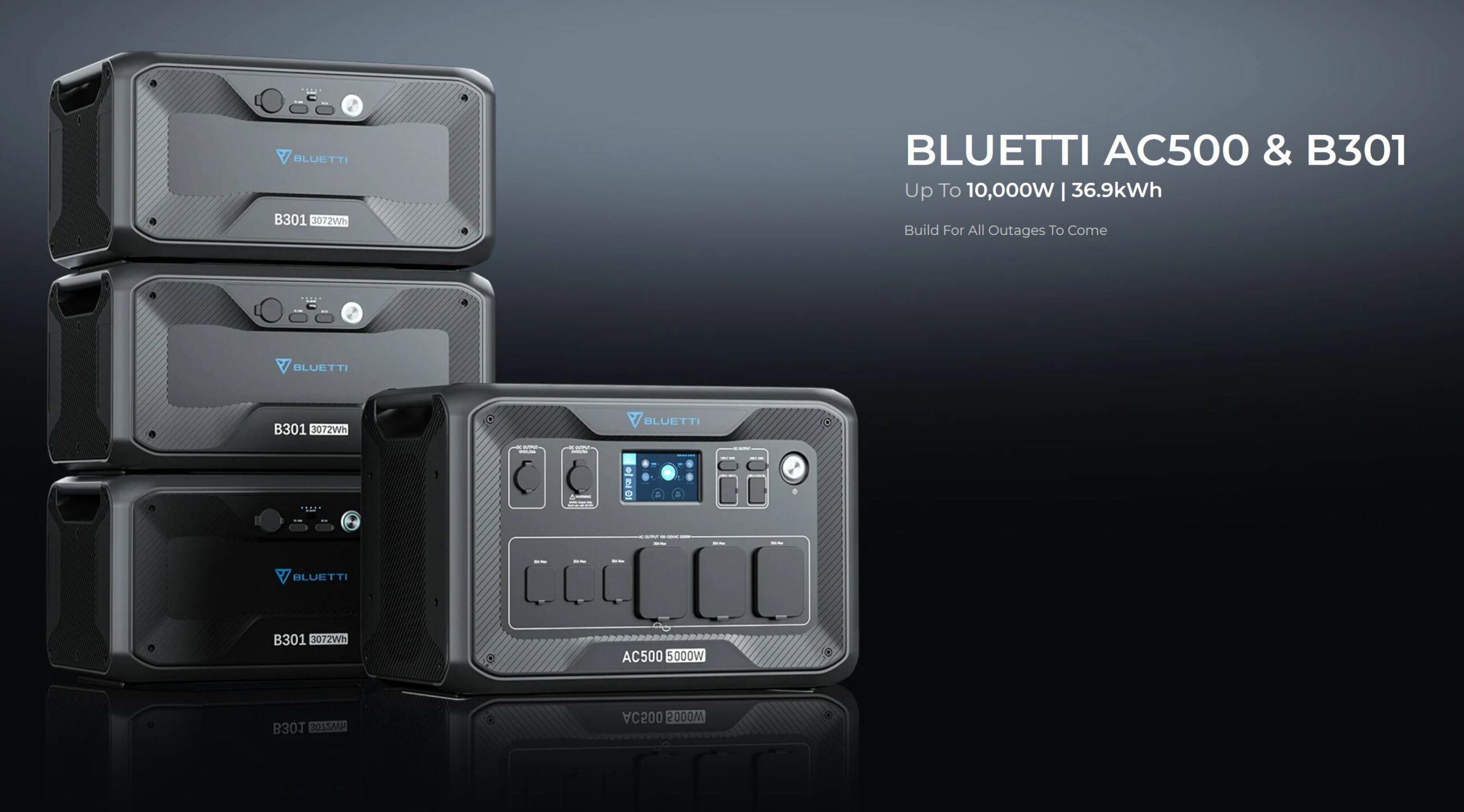 After 2 years of development and products iteration, the BLUETTI AC series now goes 5kW in 2022: meet the mighty BLUETTI AC500 (aka. The APEX). As the name suggests, the BLUETTI AC500 features a groundbreaking 5,000-watt pure sine wave inverter, which is the most powerful inverter that BLUETTI has ever shipped, and might well be the most powerful inverter in today’s market. The APEX also inherited the design language from its predecessor AC300, and just like the AC300, AC500 is a 100% modular solar battery system, works with its own battery module B301 (3072Wh LFP per pack) and also backwards compatible with the B300 battery module that BLUETTI shipped with the AC300 in 2020.

BLUETTI AC500 can work with up to 6×B301 (3,072Wh LFP per pack) battery modules per unit, adding up to a total of groundbreaking 18,432Wh. Power your whole families basic needs for DAYS during emergencies or power outages.

Turbo Charge: With AC and PV(solar) simultaneous charging, the total input can achieve up to 8000W. That is to say, one hour charging can power up an air conditioner for 5-8 hours, or an clothing dryer for 1-2 hours.

3000W PV(solar) Charging: Sustainable energy which is clean and friendly to the environment. One hour of PV charging can power up an electric saw for 2-4 hours or a professional computer for 4-6 hours. 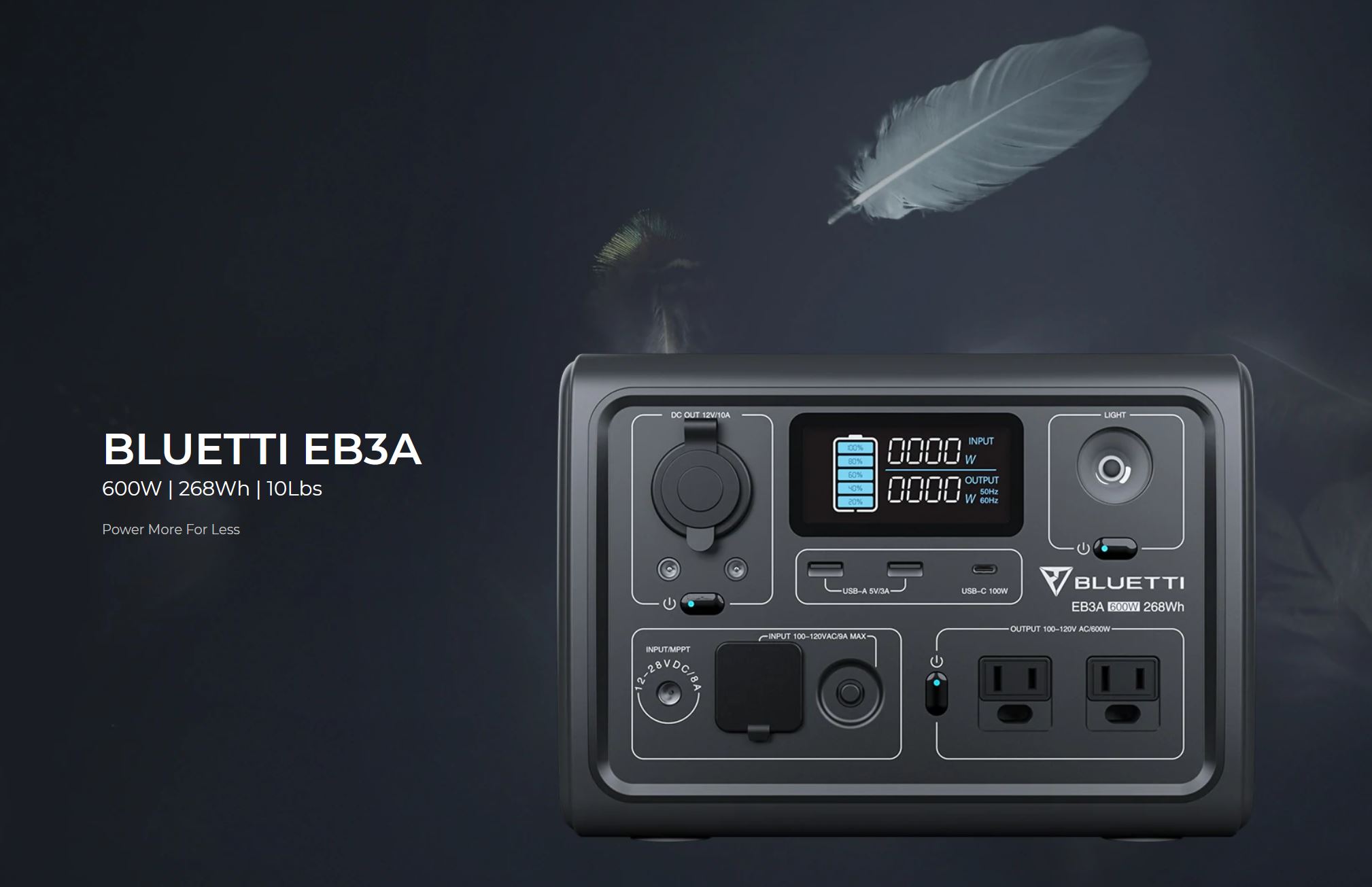 Before long they released the last compact model EB55, BLUETTI has brought another even smaller unit to their CES booth: the EB3A

Unlike the previous BLUETTI naming rules, the name EB3A is quite stand out among all BLUETTI product lineups, and BLUETTI staffs told us that the “A” stands for “advanced”, with a 600W pure sine wave inverter and 288Wh of LiFePO4 battery pack under the hood, and also support up to 200 watts of solar input, the EB3A is gonna be a quite big catfish for the entry-level power station market. (vs. Jackery 240, Ecoflow River Mini)

Unlike any other compact units of BLUETTI, the EB3A is the first model in the sub-3000Wh range that doesn’t need a bulky power brick to charge.

One single cable will charge the EB3A at a relatively stunning rate of 600W, 0 to 80% charged in only 20minutes!With a decent price tag, the EB3A is gonna start a revolution among the ultra portable power stations.

The post Three Big Announcements From BLUETTI At CES 2022: Never Let A Power Outage Take You By Surprise by Abdullah Saad appeared first on Wccftech.