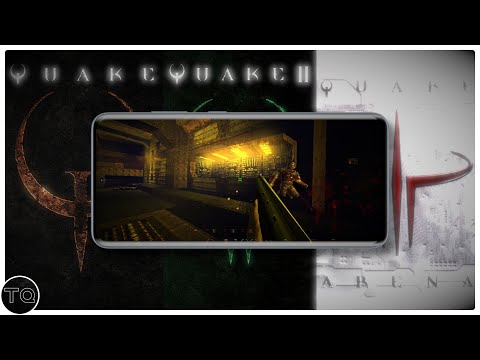 A helpful Redditor has put together a thorough tutorial video on running the original Quake Trilogy on Android devices. In a post on the Android Emulation subreddit, the user created a post with a video detailing how to use the Quake source port app, Quad Touch, to get the original three games working. The creator then goes on to give a little bit of advice on specifics, before treating us to some gory Quake footage to get hyped over.

The video goes over a few things that those new to emulation might get confused about. One area that’s particularly handy is laying out the choices of engines that Quad Touch gives you, and their pros and cons.

This experience comes with the help of Quad Touch, a Quake source port app that lets you emulate games on the Quake engine. This means the original trilogy, but also Hexen 2 and all the mods your heart desires.

It comes from Open Touch, the developers who created Delta Touch, a similar app that brings Doom Engine games straight onto Android.

There’s no game data on the apps themselves, so you will need to import your own, though PC versions are easy and cheap to get hold of

Shooters That Broke The Mould

The original Quake games need no introduction. Released all the way back in 1996, the first Quake set the gold standard for nearly every first-person shooter that came after it.

Quake 3 Arena spawned a whole esports empire early in online multiplayer history. Quake conventions are still taking place, though the software has leveled up over the years, and the more modern sequels are taking centre stage.

They’re fast, bloody, and make for an endless test on your reflexes and trigger finger. There’s no reason not to make them all portable.

Interested in some more emulator news? Check out our article on Vice City Stories running on a smartwatch.