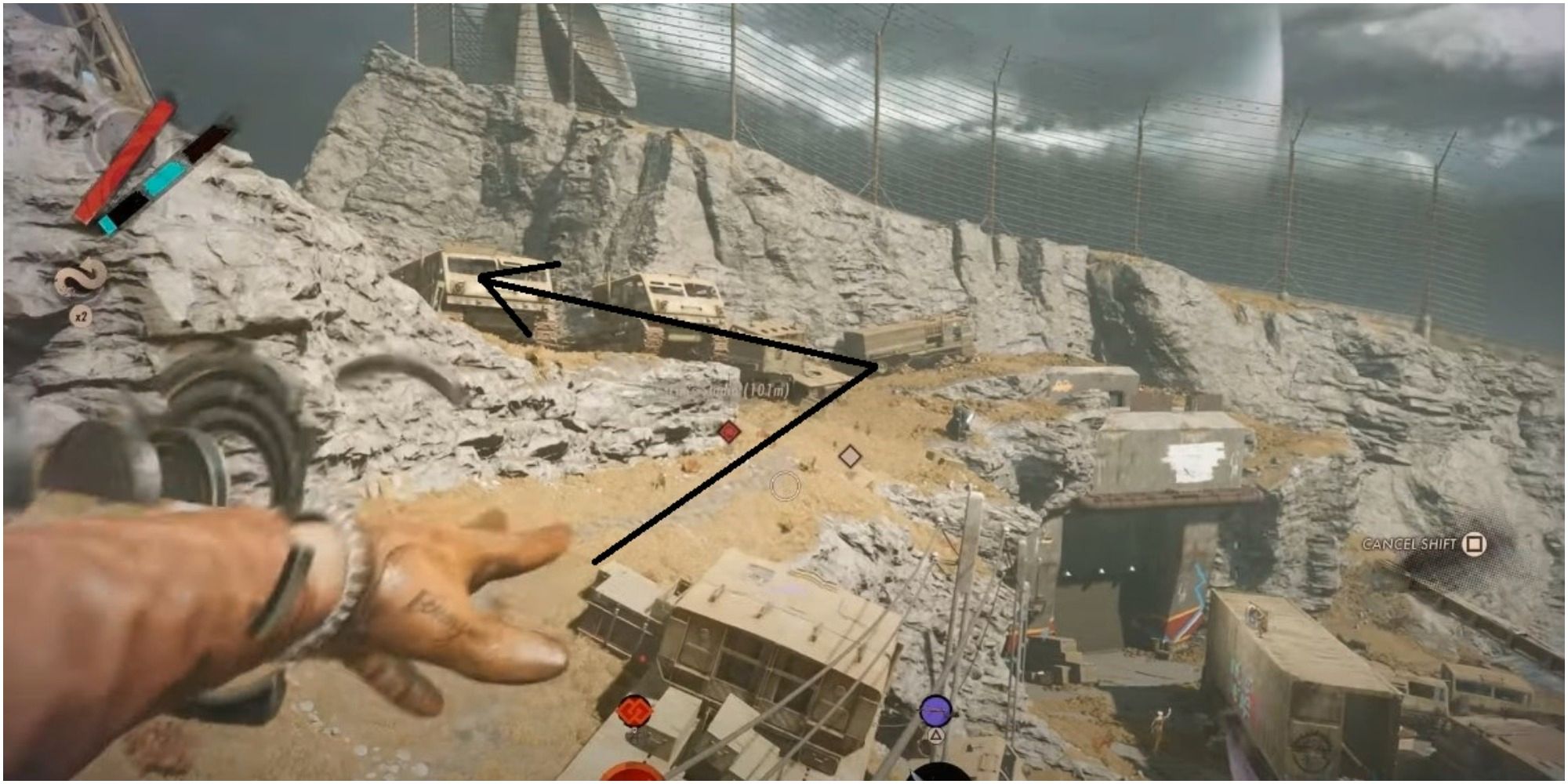 Getting killed by Fia is not a rare experience in Deathloop. Juliana herself admits that Fia getting access to so much power was a mistake. Players that encounter her will find that her Havoc slab can kill Colt in one or two shots, yet this isn’t even her most formidable defense. She can also detonate a bomb that destroys the entire island.

She’ll detonate the bomb even if her friends spot Colt and, once it’s going, players will either have to deactivate the bomb or lose all progress on the loop; there is no escape. Thankfully, Deathloop offers a much more peaceful means of dispatching Fia, saving Colt, and the entire island, in the process.

How To Kill Fia At First

Fia will begin a countdown to detonate the entire island if she or any of her guards inside of the bunker spot Colt. There are legions of guards when entering from the front, so head left and over the ridge, deactivating any laser or proximity mines along the way.

Before entering, make sure to deal with Juliana if she’s on the map. One fight with her inside of the bunker and it’s all over. At the back entrance, there are two guards and a security camera in this locker room that much be taken out quietly.

Once exiting, one more gold eternalist on the opposite side of the room needs to be dealt with, either by killing him with a silenced pistol or by using the Aether/Shift slab and escaping his vision. One more guard stands outside of Fia’s room.

Fia is pacing from the back to the front of her room. Make sure to enter only once her back is turned. Spotting Colt will instantly activate the bomb. Even if it can be deactivated in time, her Havoc slab can kill Colt with haste in these close quarters.

The Best Way To Kill Fia

By completing the “Afternoon Delight” visionary lead, players will be able to catch Fia underneath her bunker at Fristrad Rock during the afternoon. She’s still got her Havoc slab and another visionary, Charlie, is there with her. But she lacks access to the nuclear launch codes at this point, so she’s much less dangerous.

Don’t pick any residuum or special items up for now. Once entering the code for the data cassettes, Colt will see her and Charlie speaking. Players itching for a fight can kill both of them right there, but between Fia’s Havoc and Charlie’s Shift, it’s a tough fight.

The better option is to pull the lever in the control room at the top. This will unleash a ton of water into the bunker, killing all of its inhabitants. Colt can escape, but it’s easier to just let the water kill everyone. Colt will return to a safe area after this event. Go back, gather up any residuum or special items, and there it is, two birds with one stone!

Deathloop was released on September 14, 2021, and is available on PC and PlayStation 5.

MORE: Things To Do After Beating Deathloop