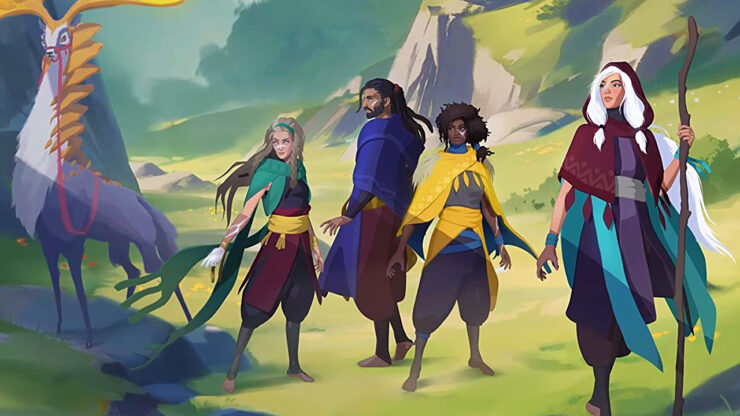 2021 has nearly drawn to a close, which raises the question… what can we expect from the big publishers and console makers in 2022? Well, wanton leakers Jeff Grubb and Shpeshal Nick provided a few tantalizing hints about what we might see from Xbox Game Studios in 2022 on the latest episode of the XboxEra Podcast.

According to Grubb, “Project Missouri,” rumored to be a Disco-Elysium-style combatless murder mystery set in 16th century Europe, may be on track for 2022. The Obsidian game is said to be the brainchild of Neverwinter Nights 2, Fallout: New Vegas, and Pillars of Eternity creator Josh Sawyer, so it’s definitely one to keep an eye on. In addition to the Disco-Elysium-inspired game, Grubb also claims 2020 may see the release of “Project Belfry,” which is said to be a lushly-illustrated Diablo-style action-RPG from the makers of The Banner Saga.

One thing we almost certainly won’t be seeing is Rare’s Everwild. Earlier this year we heard rumors that Everwild had been “restarted from scratch,” and Rare hasn’t really landed on a new direction…

Everwild is a real mess. They try to talk diplomatically about it, “Oh, people hear things about it — creative director leaving, things getting rebooted — and that’s overstated.” It’s not that overstated. They’ve rebooted that thing and they don’t exactly know what the state of it really is in terms of what they expect it to be. They’re still figuring that out, and it’s a mess. […] That’s not just me using colorful descriptions, the people working on that game don’t really know what’s going on with that game.

Previous rumors stated Everwild probably wouldn’t arrive until 2024 now, and it sounds like that may be optimistic. Of course, take all these rumors with a grain of salt for now, but both Grubb and Nick have fairly solid track records.

What do you think we can expect from Xbox Game Studios in 2022 and beyond? Think they have any big surprises in store?

The post Disco-Elysium-Style Obsidian RPG Rumored for 2022, Everwild Said to be a “Real Mess” by Nathan Birch appeared first on Wccftech.