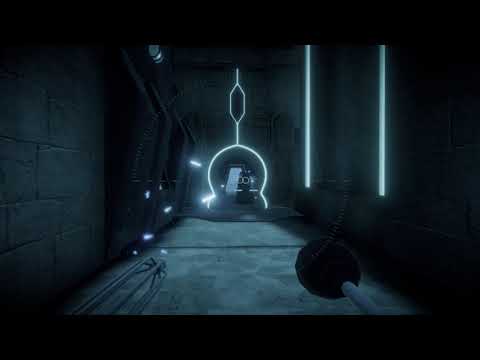 Travel in Space and Time

Fans of the classic British television serial–and accompanying franchise–Doctor Who are in luck. Maze Theory has teamed up with BBC Studios to treat audiences around the world to a new trailer for Doctor Who: The Edge of Reality.

In this first-person sci-fi/adventure game, players will solve puzzles, explore environments both alien and familiar, and clash with a brand new villain. Even better, you’ll be doing all of this while under the guidance of the Doctor himself–and herself. Both the Tenth Doctor and the Thirteenth Doctor will be providing players with guidance during this mission, which serves as a follow-up to the original story found in the previous VR entry Doctor Who: The Edge of Time.

The trailer shows a player navigating a variety of different environments, using iconic items from the franchise, and facing down some of Doctor Who’s most well-known villains, including the Conquering Daleks, the implacable Cybermen, and the terrifying Weeping Angels. The sight of the legendary TARDIS phasing into place on a busy street or a distant planet is difficult to match, but the rest of the video certainly gives it a good shot.

The game will task players with exterminating a “Reality Virus” that is wreaking havoc across the universe. It will take players on a whirlwind tour of new locations, but still be packed full of easter eggs from the beloved TV show.

Maze Theory has put a lot of work into creating otherworldly locales for this game, including claustrophobic catacombs, space stations lit by an eerie blue glow, and an ominous desert landscape where the laws of physics appear to be breaking down. The sound design is also excellent, especially since David Tennant and Jodie Whittaker are reprising their roles as the Doctor.

Doctor Who: The Edge of Reality will be available for PC on September 30th, 2021.

Are you looking forward to playing Doctor Who: The Edge of Reality? Let us know down in the comments, or hit us up on Twitter or Facebook.

The post Doctor Who: The Edge of Reality Gameplay Reveal Trailer is Filled With Wonder and Terror appeared first on COGconnected.