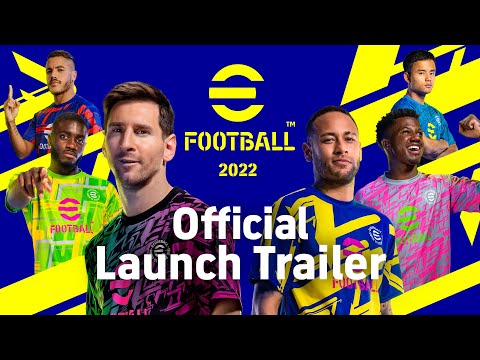 The Japanese publisher took to Twitter with an apology jpeg, informing players that eFootball 2022 update 0.9.1 has now been pushed back to November.

Shortly after the free-to-play footie game’s launch, it was met with a savage backlash from the Pro Evolution Soccer community. Konami responded by assuring users it was looking into reports and would fix “cut-scenes, facial expressions, movements of players, and the behaviour of the ball” in an upcoming update.

Read more: How eFootball is making a fresh start for a new generation

It appears that the work has taken the eFootball 2022 team longer than they had anticipated. Here’s their latest statement:

[Notice of postponement of version 0.9.1 release]

Thank you very much for playing eFootball 2022.

We would like to inform all users that we have decided to delay the release of version 0.9.1 to early November. We sincerely apologise for the delay and the inconvenience caused. Our hope is that the additional time taken will allow us to ensure the experience is improved for all of our users.

We will announce the date and details of the fixes as soon as they are confirmed. In the meantime, we will continue to work on improving the game and look forward to working with you on eFootball 2022.

Thank you for your patience,

While it’s clear to see that Konami is taking a gamble with this reboot for the beloved footie franchise, their initial offering is laughably thin. Key modes and features are missing on day one with only a smattering of teams and concerns over how the publisher will monetise eFootball going forward.

We honestly get no joy from the seeing eFootball 2022 stumble out of the blocks and hope the development team are able to salvage this false start and turn the game into something that could one day pose a threat to the monopolising FIFA franchise. November’s update could be that first crucial step.