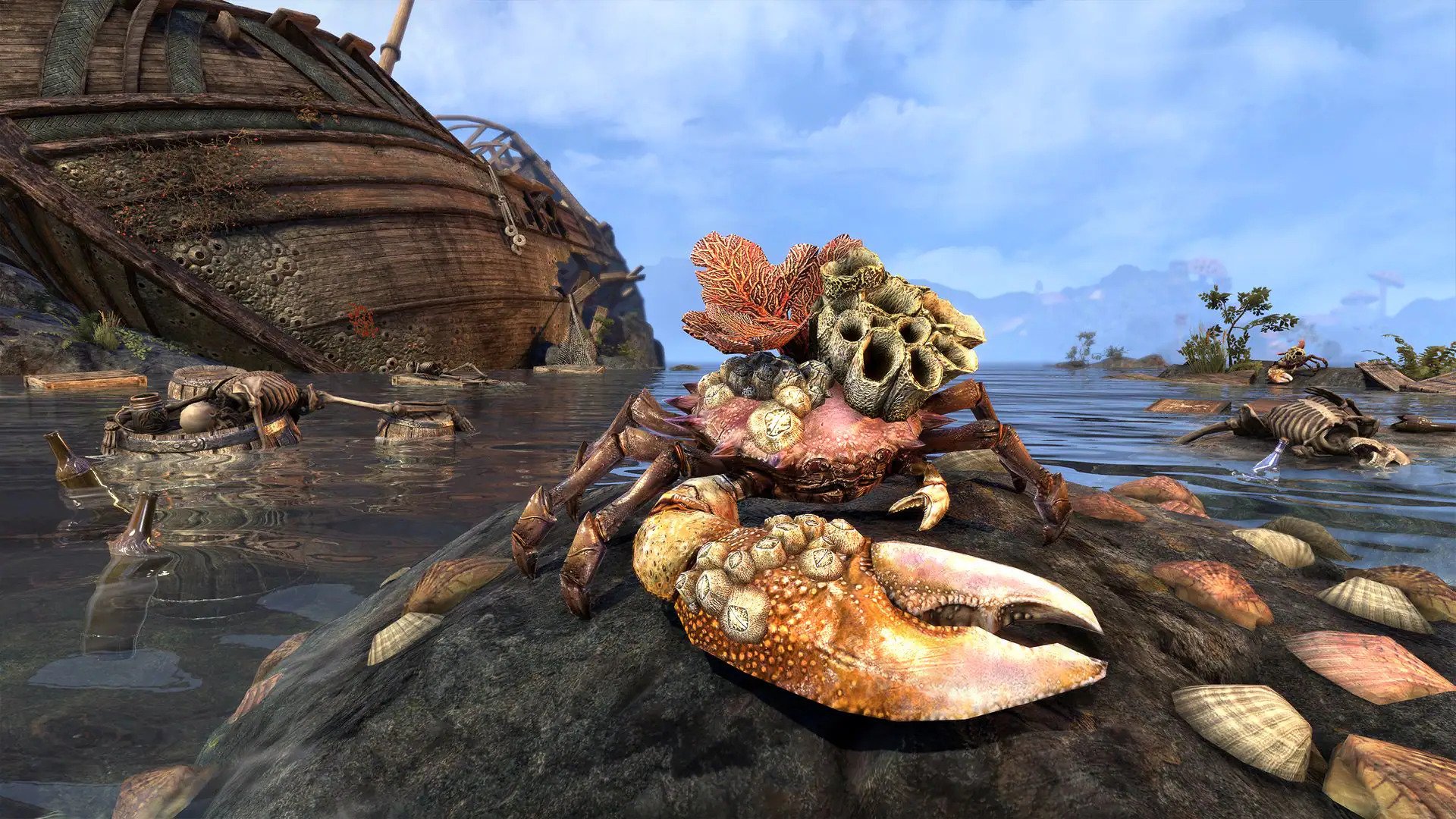 ZeniMax Online has teased the latest expansion coming to The Elder Scrolls Online, which promises to go to a never-before-seen area of Tamriel. A Twitch reveal stream has been scheduled for the end of the month where further details will be revealed.

Thus far, there’s no information as to where this new area might be based yet. However, ZeniMax has released a teaser trailer giving players potential hints.

The teaser shows three boats, representing the Daggerfall Covenant, Ebonheart Pact, and Aldmeri Dominion factions, sailing to a new coast (or island, potentially.) Not too much is given away past that, but there are some contextual clues. The area gives off a medieval Mediterranean vibe, all the while surrounded by mountainous landscapes.

You can watch the trailer here:

It seems whatever the case, this will be a fairly nautical affair, which is a departure to the general fantasy setting of the broader Tamriel world.

Be sure to watch the reveal stream later this month!

Elder Scrolls Online is still going strong in 2022, and it’s showing no signs of slowing down. This announcement of new content is sure to fill fans with excitement, especially with word of a brand new area of Tamriel being filled out.

Thankfully, players don’t have too long to wait to get more details about the MMOs plans for 2022. ZeniMax Online will be hosting a Twitch stream on January 27 at 3PM EST where it will reveal all. During the show, a more fleshed-out look at the new expansion will be shown, as well as other upcoming DLC coming through the rest of the year.

That’s not all though. If you watch the reveal on Twitch, if you have your TESO and Twitch accounts linked, you will receive a Barnacle-Back Coral Crab pet and an Ouroboros Crown Create through Twitch Drops.

The crab certainly looks very sea-themed, further hinting that the game might be about to get a nautical flavor.

New areas being shown off in Tamriel is an exciting hook for a new expansion though. Even if you aren’t an Elder Scrolls Online player, there’s potential this new location could feature in future media that you are interested in from the franchise.