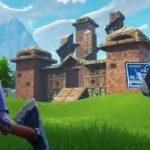 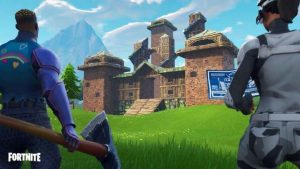 Expert builders, rejoice! Building is back in Fortnite once again.

If you’re one of those folks that could build a small fort around them in two seconds tops, you’ll be happy to know that Fortnite has brought building back. Epic Games re-enabled the game’s default playlist in an update to the battle royale just a few days ago.

All those building options that players have grown accustomed to over the years are present in Fortnite once again. Fortnite account owners who prefer Fortnite without all the mumbo jumbo building will also be happy to know Epic kept Zero Build mode around. For now, these two versions of the game are live side-by-side, with queues for both Zero Build and regular mode available for Solo, Duo, Trios, or Squad mode.

Fortnite minus the building was introduced when Chapter 3, Season 2, first launched. The disappearance of the iconic mechanic came as a shock to most of the community, but the players nevertheless welcomed it.

Many people enjoyed the option of playing Fortnite where only aim and accuracy matter, and it led to both new and old players making a Fortnite account once more. Heck, Zero Build even prompted some popular streamers to return to the battle royale.

Over the weekend, Twitch hosted a Zero Build Twitch Rival tournament that featured over a hundred streamers. Thanks to these social media influencers, the battle royale quickly shot back up as one of the top-viewed games on Twitch like it was in 2019.

Fortnite’s gameplay has long been defined by the ability to “harvest” resources and use them to build defensive structures. You could say that its cartoonish graphics and fast-paced combat set it apart from something like PUBG. Still, the building mechanic ultimately separated Fortnite from other contenders. However, while Fortnite’s building has come to define the characteristics of the popular game in many ways, it also wasn’t its most prominent feature.

Some see Fortnite’s building as a way to tell which are good and bad players. In contrast, others believe that the building system has, over time, dominated Fortnite’s core experience – quickly alienating anyone who’s just looking for a no-fuss, no-frills battle royale title.

The latter group, in particular, has been quite vocal about this in recent years, as the skill gap between Fortnite’s expert builders and casuals has only widened. New Fortnite players are forced to play with, against, and around those capable of using the building system to dictate the pace of matches.

This makes for a frustrating experience for a lot of newcomers, and we could argue that it’s what deters a lot of other people from trying out Fortnite.

On the other side of the spectrum, some argue that the decision to remove building has made Fortnite the same as the other battle royales – generic. Part of this ongoing debate can be attributed to simple preferences. Some people don’t like building in Fortnite, and others like building in Fortnite. However, if we take a look into the tweets and comments made by the Fortnite community, there lies a deeper problem.

Regardless of what happens next in Fortnite, it’s interesting to see how this gimmicky update has brought this debate into the spotlight. It’s easy enough for anyone to largely ignore the arguments about how the game’s building system has increased the skill gap. But now that Epic Games has shown what Fortnite looks like without it, there’s no turning back.

Fortnite is still a successful battle royale that rakes in billions of dollars a year by selling licensed character skins in their Fortnite Item Shop, with or without introducing the Zero Build mode. Epic hasn’t made a statement on how long players will be able to enjoy the two modes. Still, based on the reception and the influx of new/old players coming to the game, Zero Build (along with the regular mode) will likely stick around for the foreseeable future..