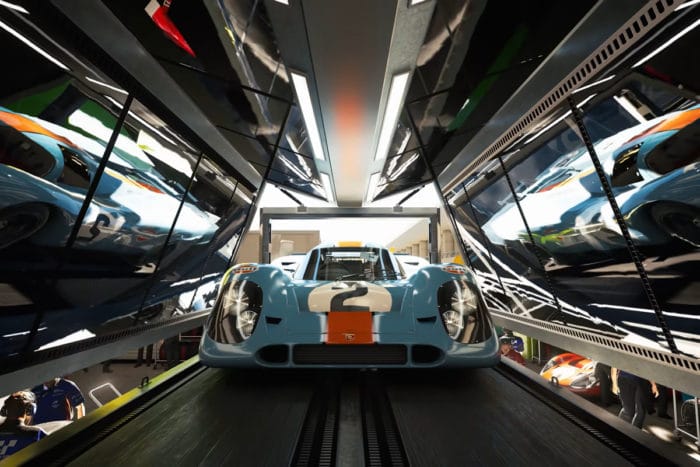 Gran Turismo 7 Will Have More Than 400 Cars, Including “The Most Fascinating Cars” in History

Gran Turismo 7’s official trailer was only recently released, and its devs had already released another behind-the-scenes teaser for the game. This latest video revealed that the game will have more than 400 cars, and will also include some of history’s most fascinating models.

“Collect more than 400 stunning cars in Gran Turismo 7, including fascinating models from automotive history,” the devs wrote on social media. “Start your collection on March 4.”

This new preview is the second in what seems to be a regular and frequent rollout of information and sneak peeks for the racing game franchise. Polyphony Digital CEO Kazunori Yamauchi confirmed to the gaming public that Gran Turismo’s seventh installment will, indeed, be a special one.

“Gran Turismo 7 includes cutting-edge PS5-quality models, but what makes GT7 special is not just the high quality,” Yamauchi said. “It is also the sheer number of car models it contains.” Gran Turismo 7 is going to feature more than 400 cars, and many of which have been considered to be “the most fascinating cars from motoring history.” With that said, it has become apparent that Gran Turismo 7 players will be given the opportunity to drive concept and historical cars from different eras in the racing world.

Fans of racing games are well aware that GT7’s 400+ stack-up of vehicles is somewhat lower than its predecessors. Gran Turismo 6, for example, bragged about having more than 1,200 vehicles, while Forza Motorsport 7 also boasted of having over 700. However, it is worth noting that GT7 is Polyphony’s first title to be launched on the PS5, and it is expected that development will most likely involve new challenges.

Still, with around 420 cars, it is a huge step up from GT Sport’s 168 car stack-up, and also around a quarter more than Sport’s current list. Gran Turismo 7 fans were able to see about half of that list in all recently released videos, with another handful making an appearance in the recently released preview.

Are you excited for Gran Turismo 7? Let us know in the comments below.

The post Gran Turismo 7 Will Have Motoring History’s ‘Most Fascinating Cars’ appeared first on COGconnected.