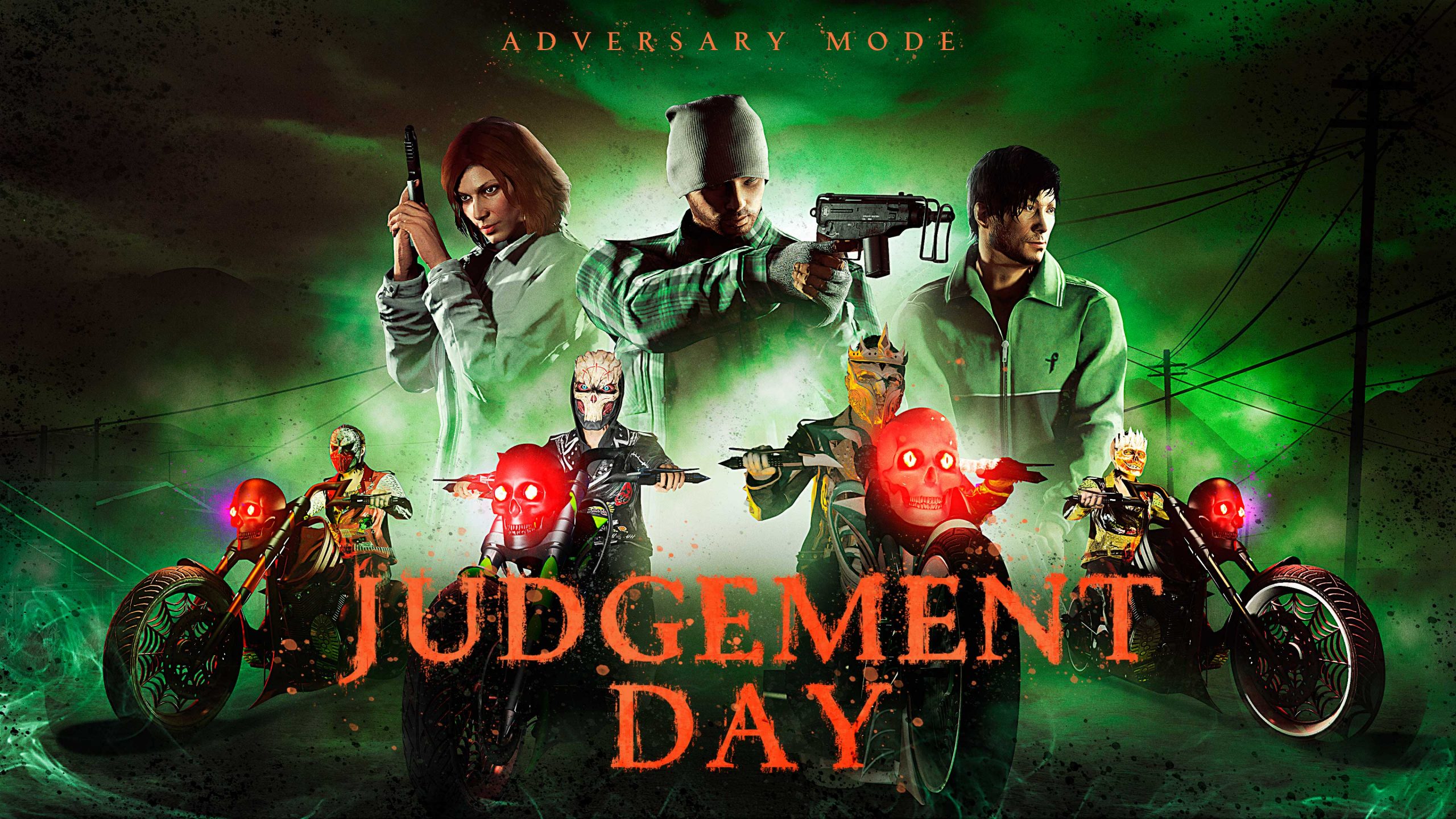 Judgement Day has arrived in GTA Online through this year’s Halloween update, so get ready for some bloody trick or treating.

Rockstar Games has had a lot of trouble recently, with the hacking attempt and GTA 6 leaks, which already seem to have ended up in an arrest.

To remind fans that GTA Online is still going though, they’ve announced a new Adversary mode called Judgement Day, for its Halloween 2022 update.

Since Adversary is GTA Online’s equivalent of a PvP mode, Judgement Day will pit a small team of powerful ‘riders’ against a vulnerable group of ‘hunted’, who will be trying to survive the night.

The mode’s theme could be inspired by Terminator 2, and maybe even Ghost Rider, as it shows a scary looking, skull-wearing gang of riders, on some really very large bikes.

Riders are the aggressors and will begin each round on an LCC Sanctus motorbike, equipped with extra health, speed, and a range of weapons and abilities.

They’ll also start with a double barrel shotgun and a stone hatchet, as well as skills such as bursts of thermal vision and a heartbeat sensor, amongst other things.

To emerge victorious, riders need to eliminate the hunted, which will have exclusive access to weapons across the map, so they’re not completely helpless.

Judgement Day went live on Thursday, October 6 and will conclude in November, meaning you’ll get to play this mode for a solid month.

During this time, you can pick up a few new vehicles and rack up rewards, besides getting in the mood for Halloween. Specifically, you’ll be able to get double RP on Treasure Chests and Security Contracts, and a GTA$300K bonus for winning three rounds.

Through a post on Twitter, Rockstar also encouraged fans to look for new Halloween clothing, and other returning fan favorite modes, with more details coming as you get closer and closer to spooky season.

You can read the Halloween update’s full patch notes here, if you’d like to see what other changes are coming this month: