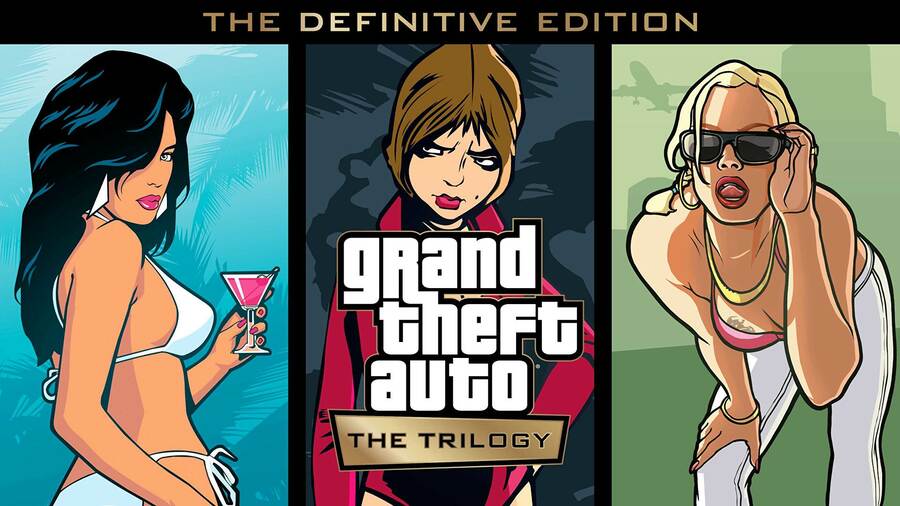 A crazy fantasy is finally coming true: we’re getting Grand Theft Auto on the Nintendo Switch. It’s been over ten years since we last had a GTA on Nintendo consoles, which was Grand Theft Auto: Chinatown Wars on the DS, and since then the car-stealing, pedestrian-punching simulator has largely been confined to PlayStations and Xboxes.

But as of today, Nintendo is back in the game, as Rockstar announced that they’re bringing Grand Theft Auto: The Trilogy — The Definitive Edition to the Nintendo Switch, as well as other “current generation platforms” including the PS4, PS5, Xbox One, and Xbox Series S and X, as well as an iOS and Android release in 2022.

The Trilogy will include GTA 3, GTA: Vice City, and GTA: San Andreas, and will feature improved graphics and modern gameplay enhancements while keeping the “classic look and feel” of the original games.

This isn’t entirely new news — we saw a leak earlier this year that seemed to imply that we’d be seeing a remastered trilogy on Switch — but still, it’s nice to have it confirmed.

It seems like the Trilogy is going to be the only way to play these games soon, as Rockstar states on their news post:

“To prepare for launch, we will begin removing existing versions of the classic titles from digital retailers next week.”

This is all to celebrate the 20th anniversary of GTA 3, and other events will also be happening as part of the party: GTA Online will have special clothing, liveries, and surprises to discover, as well as “unusual activity” in San Andreas.

The GTA Trilogy will release later this year. We’ll update you when we have a more exact release date!