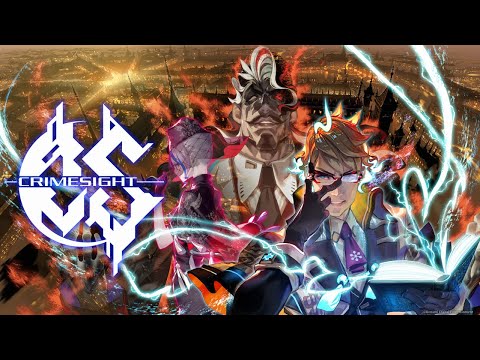 Konami is one of the biggest video game companies in the world. Its portfolio includes titles such as Yu-Gi-Oh Master Duel, Castlevania and the Pro Evolution Soccer franchise. The company has confirmed the release date of its latest title, Crimesight. It is described as a whodunnit mystery game with unique twists and elements. Players can experience the game when it releases on 14th April, 2022. Furthermore, some fans will have the opportunity to play it before its release. The game will be available on PC via Steam. Interested fans can wishlist it here.

The game’s two minute long trailer shows off the game’s characters, gameplay and mechanics. Each turn counts in the turn-based strategy game as players must solve a serious mystery. The game features player v player action at the crime scene.

In London, 2075, Foresight AI is developed to predict future crimes based on data, but one incident may steer the world in the wrong direction. Sherlock is hired to solve the issues, however, Sherlock meets Moriarty, an AI that can rival his talents. Players must make serious choices and along the way, the villain and his next target will come to light. Players have a ton of options before them each with their own consequences.

Players can access the game early via pre-registration. This process ends on April 7th, 2022 and players will have access to the game from April 9th-10th. However, the process is done via lottery, so there is no guarantee that registrants will succeed, but it might be worth a try!

What are your thoughts on Crimesight? Are you interested in the game? Did you enjoy the trailer? Do you enjoy mystery games like this? Let us know in the comments below or on Twitter and Facebook.