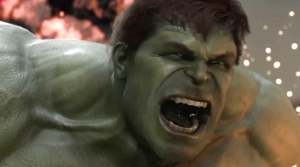 Now, however, you can – though only for a limited time. Tachyon Anomaly is a new limited-time event live in Marvel’s Avengers until 3rd May.

Event missions which let you double, triple or quadruple up a particular character in your squad are now available from the War Table. Animated event nameplates for each character are also available to buy in the game’s shop.