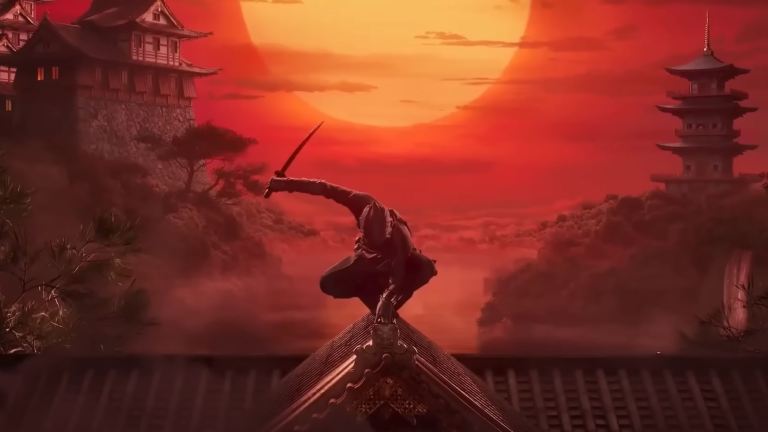 While the Assassin’s Creed franchise has consistently been one of Ubisoft’s more lucrative properties since it debuted in 2007, the series has endured quite a few highs and lows throughout the years. Given recent developments, the ghosts of Assassin’s Creed games past could rear their ugly heads again very soon.

Over the weekend, Ubisoft held a special livestream event that revealed and previewed numerous upcoming titles. While said event included gameplay of Mario + Rabbids: Sparks of Hope and a sneak peek of The Division Heartland, the bulk of the presentation was devoted to Assassin’s Creed. Virtually everyone tuned in to see which rumors surrounding 2023’s Assassin’s Creed Miragewere true, and the answer was “most of them.”

Let’s step back in time to 2009. Assassin’s Creed 2 was just released to rave reviews and amazing sales. To capitalize on the game’s success, Ubisoft decided to annualize the series. That meant developers had to work virtually nonstop to ensure the company could eventually release a new sequel every year. The immediate results of that approach were the underwhelming Assassin’s Creed 3 and the amazing Assassin’s Creed 4: Black Flag (which many fans still consider the best entry in the franchise). When Assassin’s Creed Unity launched in 2014, though, the cracks in Ubisoft’s plan almost tore the series apart.

When it debuted, Assassin’s Creed Unity was a patchwork of glitches, matchmaking problems, and bad framerates. The game was eventually fixed, which revealed a mostly enjoyable experience underneath all the bugs and jank, but that overwhelmingly negative first impression had already tainted the Assassin’s Creed name. During GDC 2018, Creative Director Jean Guesdon admitted that the development team didn’t have enough time to work on the game, and, during a 2015 investor call, Ubisoft executive Alain Martinez told attendees that the bad taste in gamers’ mouths left by Unity had negatively affected sales for Assassin’s Creed Syndicate. Clearly, something had to be done to avoid the mistakes of Unity, so Ubisoft decided to extend development cycles by at least a year. The result was the brilliant Assassin’s Creed Origins, which really revitalized the franchise. It may not be everyone’s favorite entry, but it showcased a level of creative care that Unity famously lacked.

In the past, Ubisoft has typically announced Assassin’s Creed games one at a time. The company didn’t develop actually develop those games one after another, though. At GDC 2018, Guesdon stated that the games were instead developed in tandem by different teams. For instance, two teams worked on Assassin’s Creed Unity, one of which began their work on the game even before Assassin’s Creed 4 started development.Yet, Black Flag was revealed a year before Unity. During Guesdon’s GDC talk, he provided a handy chart that showed just how development was broken down and divided among the different teams.

If you look closely at the visual aid, you will notice that Ubisoft never worked on more than three mainline entries at once. The only exceptions were smaller, budget spin-off titles that relied on pre-existing assets, such as Assassin’s Creed 3: Liberation and Assassin’s Creed Rogue. During the recent Assassin’s Creed showcase, though, the hosts dropped four game titles on audiences (five if you count Assassin’s Creed Infinity). Judging by what the livestream showed off, all of those games look like fairly substantial commitments in terms of development resources. Even Mirage, with its “back to basics” gameplay and reportedly lower price point/completion time, still looks like a sizeable upcoming release. Given all that the Assassin’s Creed developers are working on, it seems reasonable to fear that Ubisoft is stretching itself too thin once again.

Crucially, Ubisoft’s execs could also choose to alter their direction at any time. According to a report by Bloomberg, Mirage began life as an expansion, so who is to say that an expansion for Mirage won’t evolve into its own standalone title and pile even more work into developers’ laps? Oh, and remember when we said that Ubisoft was working on anywhere between four and five named Assassin’s Creed games? Technically, the company’s full upcoming Assassin’s Creed workload is even bigger than that. During the Assassin’s Creed showcase, Odyssey’s producer, Marc-Alexis Côté, revealed that Ubisoft is also working with Netflix on a show and another Assassin’s Creed mobile game.

In the spirit of fairness, Ubisoft executives threw the actual developers working in the Assassin’s Creed coding trenches a small bone. Recently, the Ubisoft news site was updated with an announcement that revealed that the gaps between upcoming Assassin’s Creed releases will increase. Previously, Assassin’s Creed titles averaged three years of development time, but, going forward, Ubisoft’s teams will pivot to “longer dev cycles to make them more sustainable from a human and technological point of view.” On the surface, that sounds like a good compromise (which should have been the default from day one), but even with the extended development time, Ubisoft’s Assassin’s Creed staff are still theoretically working on 5+ projects at once. Does this mean Assassin’s Creed developers will have to juggle multiple projects, or will they have to divide into smaller teams devoted to different games?

Either way, you’re looking at a substantial company-wide workload made that much worse by the decision to reveal (or tease) all these games at once. We’re already seeing fans talk about the teased Assassin’s Creed Red and its long-awaited samurai themes more than the upcoming Mirage. While all reports suggest that those will be wildly different games in nearly every respect, the confusion the current Assassin’s Creed release schedule is already generating in its earliest days shows why it’s not always beneficial to ask fans to look too far ahead. Even if the hype for future games doesn’t negatively impact the appeal of more recent upcoming releases, the past has proven that a bad Assassin’s Creed release can easily spoil the pre-planned bunch.

Ultimately, the future of the Assassin’s Creed franchise will play out in the coming years. At present, though, it’s hard not to think about the time that Ubisoft decided to burden its teams with multiple Assassin’s Creed projects designed to maximize the franchise’s pop culture coverage rather than help ensure the quality of each individual entry. That decision almost killed the franchise. Now, they’re trying to slightly modify a few pages from that same playbook. Will they figure out how to make the most of every upcoming release, or are we a few years away from another statement about how Ubisoft is retooling this franchise in order to appease its fans and get it right?