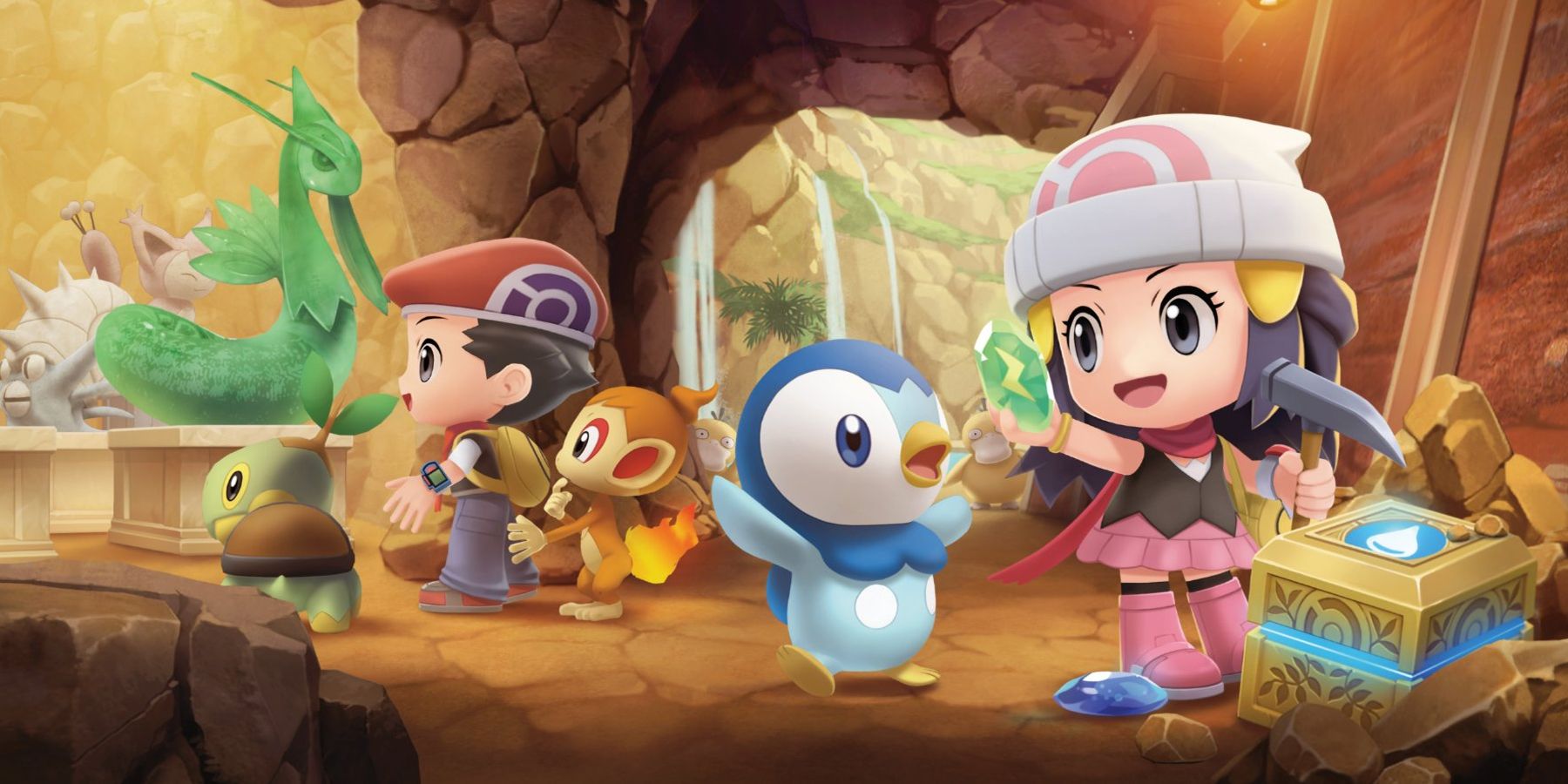 ILCA’s Pokemon Brilliant Diamond and Shining Pearl have been billed as faithful to the DS titles, especially compared to prior Pokemon remakes such as Omega Ruby and Alpha Sapphire. However, as more trailers release for the games, it has become increasingly apparent that the Pokemon Home developer is adding a lot of its own spins on Diamond and Pearl. The surprise trailer dropped on September 28 focused on a few aspects of the remakes, including Amity Square.

In the original Diamond and Pearl (as well as Platinum version), Amity Square is a small park in the far end of Hearthome City that lets players wander freely with a select few “cute” Pokemon, including starters and obvious choices such as Pikachu or Skitty. There are items to collect like the Amulet Coin, and trainers can receive berries or Contest accessories from their followers. However, Brilliant Diamond and Shining Pearl are adding more to this area, including the ability to let a full team of Pokemon wander the park. With this, it seems obvious for ILCA to go a step further and let players have fun with their real-world friends too.

Being able to explore Amity Square with up to six Pokemon is easily the biggest change for these remakes – even if dialogue suggests it will still be limited to “cute” Pokemon. In hindsight the original restriction feels like a test for the full-on following mechanic introduced in Diamond and Pearl‘s successors HeartGold and SoulSilver, so retaining that here is disappointing. Luckily, visiting Amity Square for the first time unlocks permanent Pokemon following for other towns and routes in Brilliant Diamond and Shining Pearl, so it can be excused as a quirk of Hearthome City’s legislation.

Trainers can still interact with their Pokemon in Amity Square, but there’s more added too. A tweet by the official Pokemon account says a photo and video mode will be available to make memories with one’s Pokemon as they play, and now there is a Poffin maker in the park. Poffins are made from berries and used to bolster a Pokemon’s Contest stats. In Brilliant Diamond and Shining Pearl, players can make them alongside Pokemon ala Sword and Shield‘s curry-making minigame. It’s easier to create high-level Poffins when cooking alongside Pokemon with a high friendship, thus making it easier to prepare for Contests in one place.

With the inclusion of a photo mode and somewhat deeper Poffin-cooking mechanics, ILCA should allow trainers to gather together in Amity Square. The remakes are leaning more into multiplayer mechanics than their originators, which were the first Pokemon games to include any Wi-Fi functionality. Union Rooms are returning, which originally let players trade or battle one another, and Sinnoh’s Grand Underground is also opened up via online communications.

Assuming the capture-the-flag feature returns with Grand Underground’s Secret Bases, that means most of the online components in Brilliant Diamond and Shining Pearl center around competitive aspects of the game. Amity Square is a perfect place to include more casual connectivity with other players, and it seems especially obvious in light of the similarities between cooking Poffins in Sinnoh and making curry in Galar. Sword and Shield‘s camping also encouraged players to visit one another and just hang out.

Given the park now allows up to six Pokemon to wander at once, there’s an argument to be made that the game can handle multiple trainers with at least one Pokemon each. Amity Square isn’t the biggest locale in Sinnoh, but it would be a nice co-op novelty if nothing else – something for players to try out with their friends who might be more interested in Contests than battling.

MORE: Australia Could Be the Perfect Setting for a New Pokemon Game