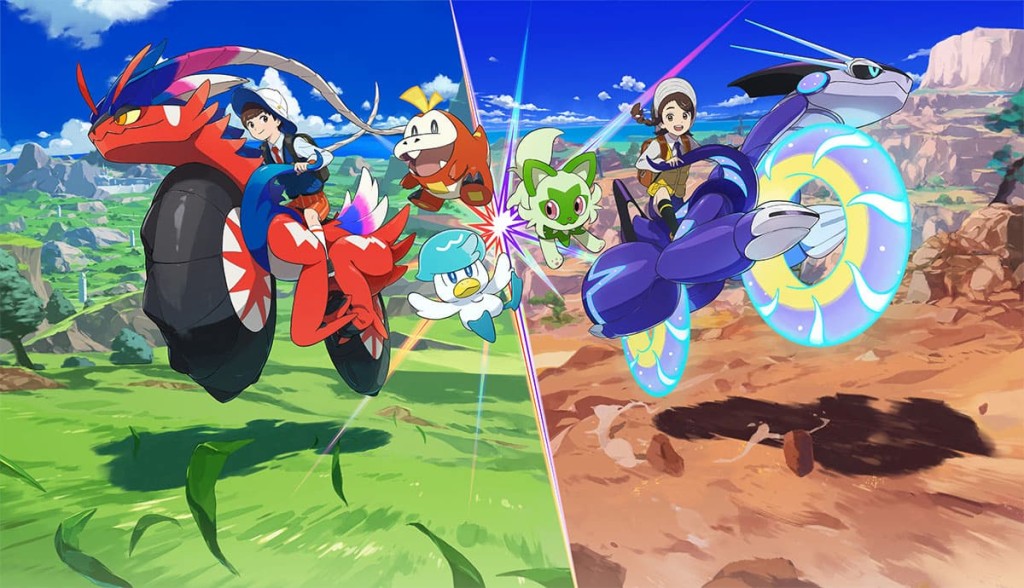 A reader is unimpressed by what’s been shown of Pokémon Scarlet and Violet so far and is frustrated that it’s coming out this year at all.

I feel like I’m doubly cursed by being both a Star Wars fan and a Pokémon fan. Both have a similar problem in that at first almost everything the franchise touched turned to gold and yet over time things have got worse and worse until it becomes harder and harder to remember why you were even a fan in the first place. Star Wars at least has its ups and downs (Andor is amazing!) so there is still good stuff being made occasionally, but with Pokémon I worry it’s on a permeant, downhill trajectory.

Pokémon has been in trouble for years but ironically the most worrying developments have been the most recent games, that actually try to do something different. The key word in that statement is ‘try’ because one of the major problems with Pokémon is how pitifully bad its graphics tech is. The attempt by Sword & Shield to open world gameplay was so outdated it was embarrassing.

Sure, the Switch isn’t exactly a technical powerhouse, but Sword & Shield was several levels below Zelda: Breath Of The Wild, which wasn’t only a launch game but one originally intended for the previous gen. From a design point of view Pokémon Legends: Arceus was even more ambitious and that’s great, but it was also even more of an embarrassment in terms of graphics, especially as it was obvious that developer Game Freak were struggling to even make it that good.

No one knows what’s going on at Game Freak anymore than they do any other part of Nintendo, but it seems pretty obvious that they’ve been under orders to have at least one major new Pokémon game every year, in addition to spin-offs. In theory that’s not a problem but a quick look on Wikipedia reveals that Game Freak employees less than 200 people.

That is an inexplicably small number of people to be making games for one of the biggest video game franchises in the world. By comparison, Rockstar North (the main, but far from only, studio for GTA) has 650 and Ubisoft Montreal around 4,000. That’s right, four thousand. Many of the biggest development studios are in Canada, for tax break reasons, with EA Canada having around 1,500.

Both Rockstar Games and Ubisoft, and indeed most other companies in the games industry, are smaller companies than Nintendo, who could easily acquire them if the fancy took them. That’s not the issue though, the point is that Ubisoft probably employs more people in catering than Game Freak do with their entire staff.

So while it’s easy for fans to complain about Game Freak all the time I don’t think it’s their fault at all. They’re overworked and understaffed to an almost comical degree. I don’t know – and nobody else does except them – what the working conditions are like at the studio but I’m going to guess it’s not great.

Think how much better Arceus would be if it didn’t look like a PlayStation 2 game. Consider how especially rushed they must be this year, having to make Scarlet & Violet within the same 12 month period. What chance did that game ever have of evolving the franchise, given how little time has been available to make it? Sure, it’s probably a different team, and Game Freak do seem to outsource a lot of work to other companies, but everything that’s shown so far just looks like a mash-up of Sword & Shield with Arceus, with the faults of both.

Even the mess-up this week, with uploading the wrong trailer, shows how close they must be cutting things in terms of the tech, as well as proving that it’s not going to have any worthwhile advancements – in fact, it seems to have taken out stuff that was already in Arceus. Some fans convince themselves that this is due to incompetence or trolling but to me it’s obvious it’s just a question of time, which they never have anywhere near enough of.

It’s so obvious that Scarlet & Violet is going to be another technical disaster and another painful step towards the game we all imagined existing 20 years ago, and which could easily have been made at least a decade ago, if only Nintendo and The Pokémon Company would invest the money needed into Game Freak and the franchise.