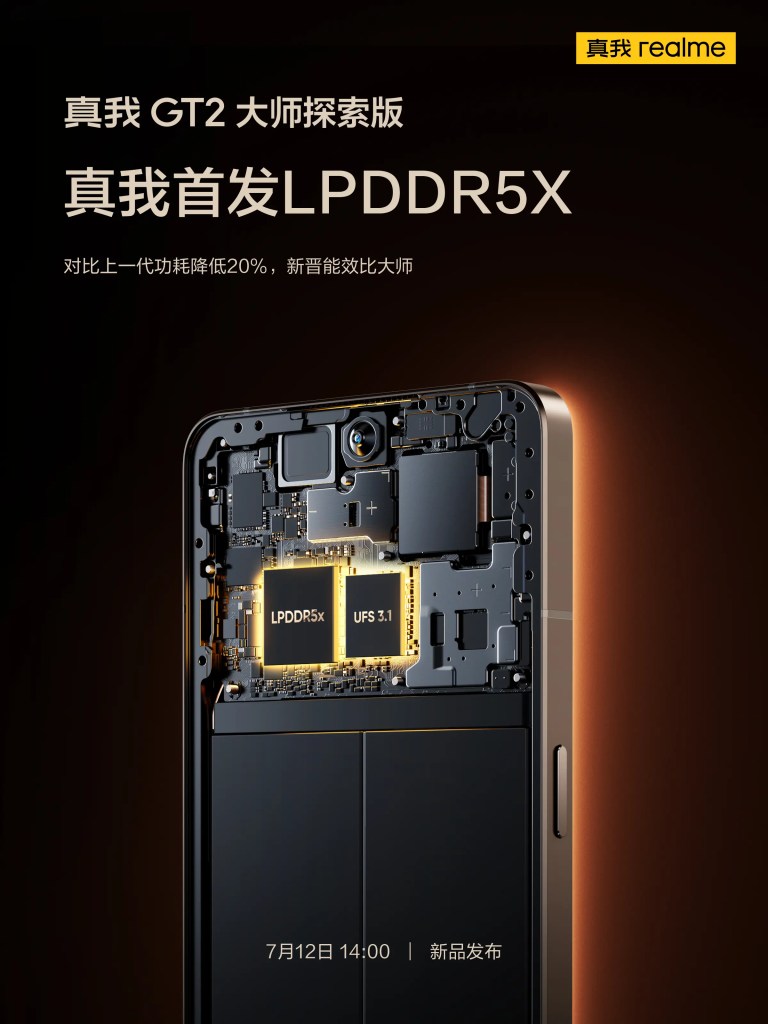 In today’s morning Realme released a succession of microblogs to preview the new machine Realme GT2 Explorer Master Edition, which was announced today with its core processor and memory specifications.

To become a properly new energy efficiency ratio master, Realme GT2 Explorer Master Edition is equipped with Snapdragon 8+ Gen1 with LPDDR5X. Among them, LPDDR5X is the first debut on the smartphone.

About the machine’s first LPDDR5X memory, official data compared to LPDDR5 can bring a comprehensive power consumption reduced by 20%, short video reduced by 20%, long video reduced by 25%, the game reduced by 30% of the effect, overall there is still a more significant improvement, should also become the standard for flagship phones in the second half of the year.

In March this year, Samsung Semiconductor’s official microblogging announced that Samsung’s first 14nnm-based LPDDR5X memory has been verified for use on the Qualcomm Snapdragon mobile platform.

In terms of design, the official already announced the version designed by Jae Jung. Today, suspected Realme GT2 LOUIS VUITTON Edition leaked on Weibo. The overall design is the same Jae Jung-designed version, but instead of plain leather, it is printed with small designs prints and “LV” logo on the leather back.