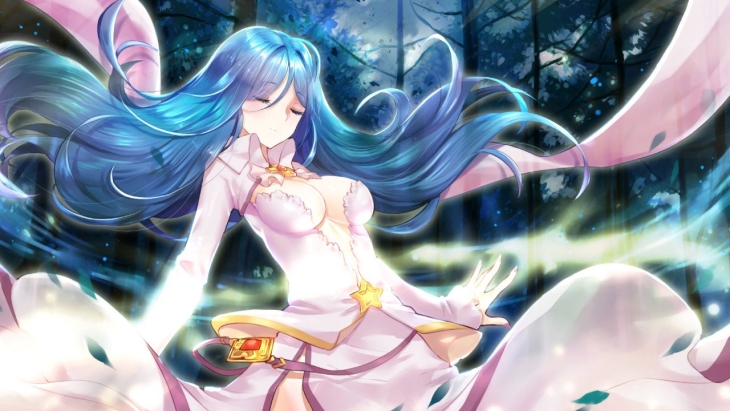 As stated in the press release, players join the Namtar Investigation Team, patroling Asgard to keep the peace. This is made all the more difficult, with a plague that drives people berserk. But when Niya, the captain of the legion sees an orb fall from the sky, it will shatter Ashgard’s history and peace. Now she must lead a band on a world-spanning mission to discover the truth, or succumb to blind rage.

The game features a huge cast of female characters; all of whom can have their armor broken in turn-based strategic combat. Empire of Angels IV is voiced in Mandarin, with improved English subtitles.

Combining fantasy political intrigue with slice-of-life moments; the game offers a new perspective on the History of Asgard. Players can jump straight into IV without having played previous games in the series.

You can find the game’s opening movie below.

The game will launch for $19.99 USD (€19.99 EUR), with an additional 10% launch discount on all platforms. On PlayStation 4, the discount is only for those with a PlayStation Plus subscription. The physical limited edition comes with authentication certificate, soundtrack CD, and manual.

Empire of Angels IV launches June 23rd on PlayStation 4, Xbox One, and June 24th on Nintendo Switch. Physical editions will begin shipping this July via PlayAsia.

You can find the full rundown (via Eastasiasoft) below.

Restore peace to the kingdom!

For the first time since the series began in 1993, Empire of Angels arrives on console! As the latest entry in the storied tactical RPG franchise, this updated edition of Empire of Angels IV features lush 3D graphics, strategic turn-based combat and a huge cast of gorgeous female characters fully voiced in Mandarin, along with improved English sub-titles.

Offering a fresh perspective on the history of Asgard, Empire of Angels IV reintroduces its lore, characters and mechanics with no prior knowledge necessary to enjoy this brand new adventure. Deep fantasy-themed political intrigue and the looming terror of war are balanced by light-hearted character interactions, slice-of-life humor, alluring designs and the ability to shatter your all-female opponents’ armor!

Join the Namtar Investigation Team as they patrol the Land of Asgard to maintain order against a plague that drives ordinary people to mindless violence. After Niya, captain of the Valkyrie Kingdom’s legion, witnesses a shining orb fall from the sky, everything she understands about Asgard’s history and fragile peace is called into question. Accompanied by trusted allies as well as new friends, Niya leads the team in a world-spanning mission to uncover the truth, all as the mysterious plague threatens to tear them apart.