If punishing Shoot ’em Up or Shmup games are your thing, this news is for you. From the Xbox 360 era of gaming, Qute’s Eschatos will be coming to Nintendo Switch next week. It was originally only released in Japan, but it was a region-free title, so Western audiences could also enjoy it.

Eschatos is a fast pace Bullet Hell game with a sick soundtrack that harkens back to early days of arcade gaming. It also has a unique shield feature, where players can alternate between shooting and shielding their ship. This allows you to power through some crowded and intense sections of bullets. 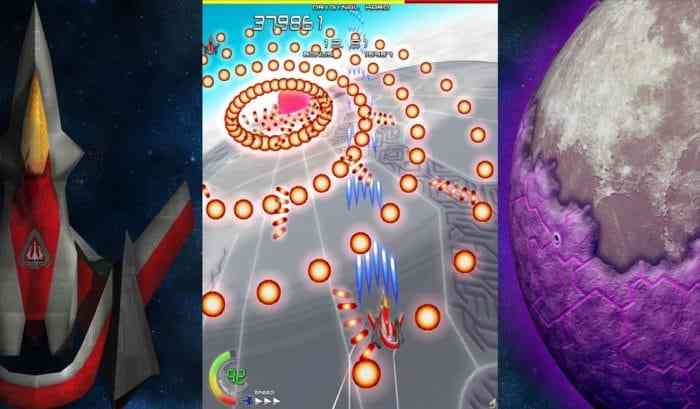 The game also has three base difficulty settings, obviously to match the players’ experience and challenge level. The trailer demonstrates the stark difference these settings have. Beating the game under certain conditions also allows players to unlock the hardest difficulty. Eschatos also has a timing element to the score, where bonuses are awarded to how fast a player can clear the screen of enemies.

Similarly to the Xbox 360 release of Eschatos, the game will also come with two other early titles from Qute. 2001’s Judgment Silversword and 2004’s Cardinal Sin. These games are also Shoot ’em Ups that were released only in Japan.

Will you be picking up Eschatos bundled with Judgment Silversword and Cardinal Sin? Let us know in the comments below.