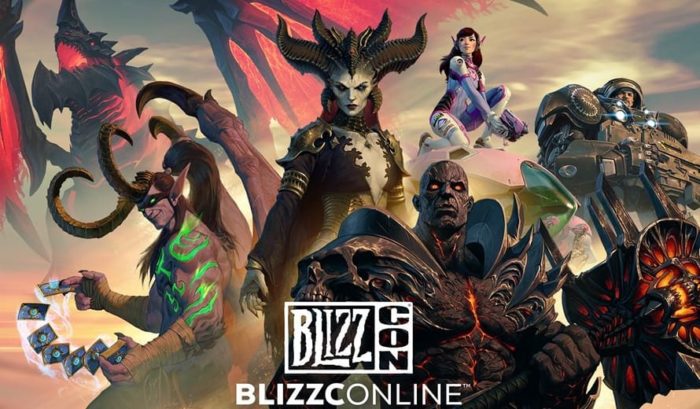 Early 2022 was supposed to see a very special Blizzard event: “BlizzConline”. The previous years weren’t too kind to Blizzcon, given that they had to switch to an online setting – but switching to an online world isn’t, by itself, some kind of death knell for a gaming event. Valve faced this problem recently with their invitational DOTA 2 tournament – once intended as an in-person gathering, a spike in Covid meant that the event had to be cancelled at the last minute, and switch to an online environment. While Blizzard clearly had the intent of doing something similar, they won’t even be going that far: a recent blog post announced that there would be no Blizzcon 2022 – nothing in person, nothing online, nothing at all.

According to the post: “Any BlizzCon event takes every single one of us to make happen, an entire-company effort, fueled by our desire to share what we create with the community we care about so much. At this time, we feel the energy it would take to put on a show like this is best directed towards supporting our teams and progressing development of our games and experiences.”

The general theme of the post seems to hint at Covid concerns being a primary cause for closing down an event like this, though a lack of explicit references leaves room for speculation. And when presented such an opportunity, it’s hard to say no.

Previous Blizzcon events have seen their fair share of controversy – the famous “is this an out-of-season April Fools joke?” line comes to mind. And with Blizzard still in the midst of ongoing investigations, it’s likely that they don’t want to shine a spotlight on their brand right now. By keeping things game-focused, announcements are less likely to be tainted by reminders of sexual misconduct and harassment.

At the very least, fans of Blizzard games can still expect the usual output of content they’d see at a Blizzcon event. The blog post goes on to say: “even though we aren’t holding BlizzConline in February, we’ll still be making announcements and updates for our games. We’re proud of our teams and the progress they’ve made across our games. We have a lot of exciting upcoming news and releases to share with you.”

The post 2022’s Online BlizzCon is Cancelled, And You Probably Know Why appeared first on COGconnected.