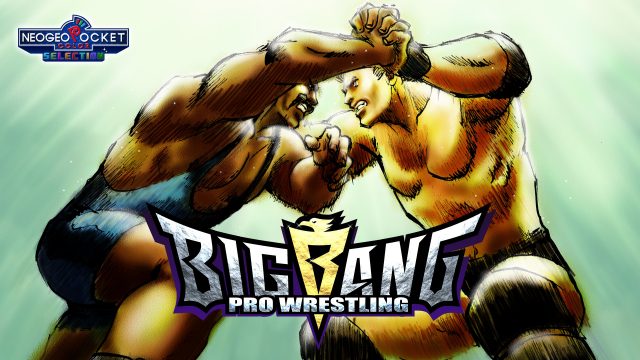 SNK continues to delight retro gaming fans with its numerous rereleases of NEOGEO Pocket Color software. The latest classic that’s come back for an encore is Big Bang Pro Wrestling. Check it out in this launch trailer:

Here’s a bit more about the game from SNK:

The ring is calling you: The game offers ten fighters to choose from, including fledging newbies, masked wrestlers, and hulking heavyweights. Each wrestler comes with their own personalized Finishing Move. Players will have to fulfill the proper conditions and let it rip to win the fight. Change up the rules with exciting modes like Coffin Death Match where your goal is to toss your opponent into a coffin. Or, try to steal away the reward in Reward Death Match to really stick it to your opponent.

Big Bang Pro Wrestling is available now in the Nintendo Switch eShop. Will you be downloading it? Tell us in the comments!