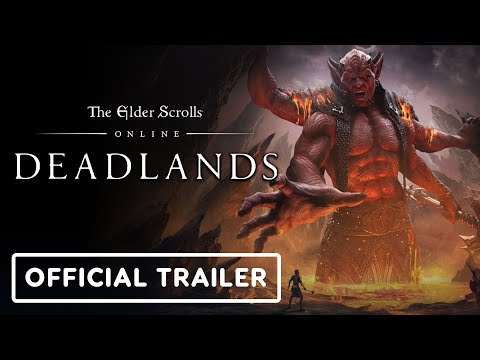 Elder Scrolls Online: Deadlands, the Game’s Last DLC For 2021 Has Officially Been Unveiled

Elder Scrolls Online is one of the most popular MMORPGs around as ZeniMax gives players the opportunity to explore Tamriel. Since its release, the company has consistently released DLC content for the game as the story continues to develop. At ‘Gates of Oblivion’, the official year end stream, ZeniMax Media revealed the final DLC for 2021, Elder Scrolls Online: Deadlands. Elder Scrolls Online: Deadlands will release on November 1st for all PC/ Mac and Stadia players and on November 16th for Xbox Series X/S, Xbox One, PlayStation 4 and PlayStation 5 players.

The thirty second teaser trailer shows off the typical themes of Tamriel, with constant images of warriors heading into battle. The trailer concludes with what appears to be a major enemy in the story. The trailer shows off each new city well. Players familiar with Elder Scrolls: Oblivion will remember certain parts of Deadlands. The Burn is home to molten rivers, metal spires and fiery beasts. Furthermore, for the first time, Elder Scrolls players can venture into the Sever, a new zone in Deadlands. The Sever is a region with fierce storms and ferocious winds. Another region in Deadlands is Fargrave. Fargrave is one of the biggest cities in the game. Fargrave is a desert filled with massive skeletons where players can buy goods, craft gear, sell their items and travel between realms. Fargrave appears to be the perfect trading hub.

As the game progresses, ZeniMax continues its localization efforts by confirming that Spanish is now on the list of languages available to all players. All in-game content, including past content, will now be translated into Spanish if the option is chosen.

Elder Scrolls Online: Deadlands is available to all ESO Plus subscribers and can also be purchased through the store.

What are your thoughts on Elder Scrolls Online? Are you interested in a new expansion? Let us know in the comments below or on Twitter and Facebook.