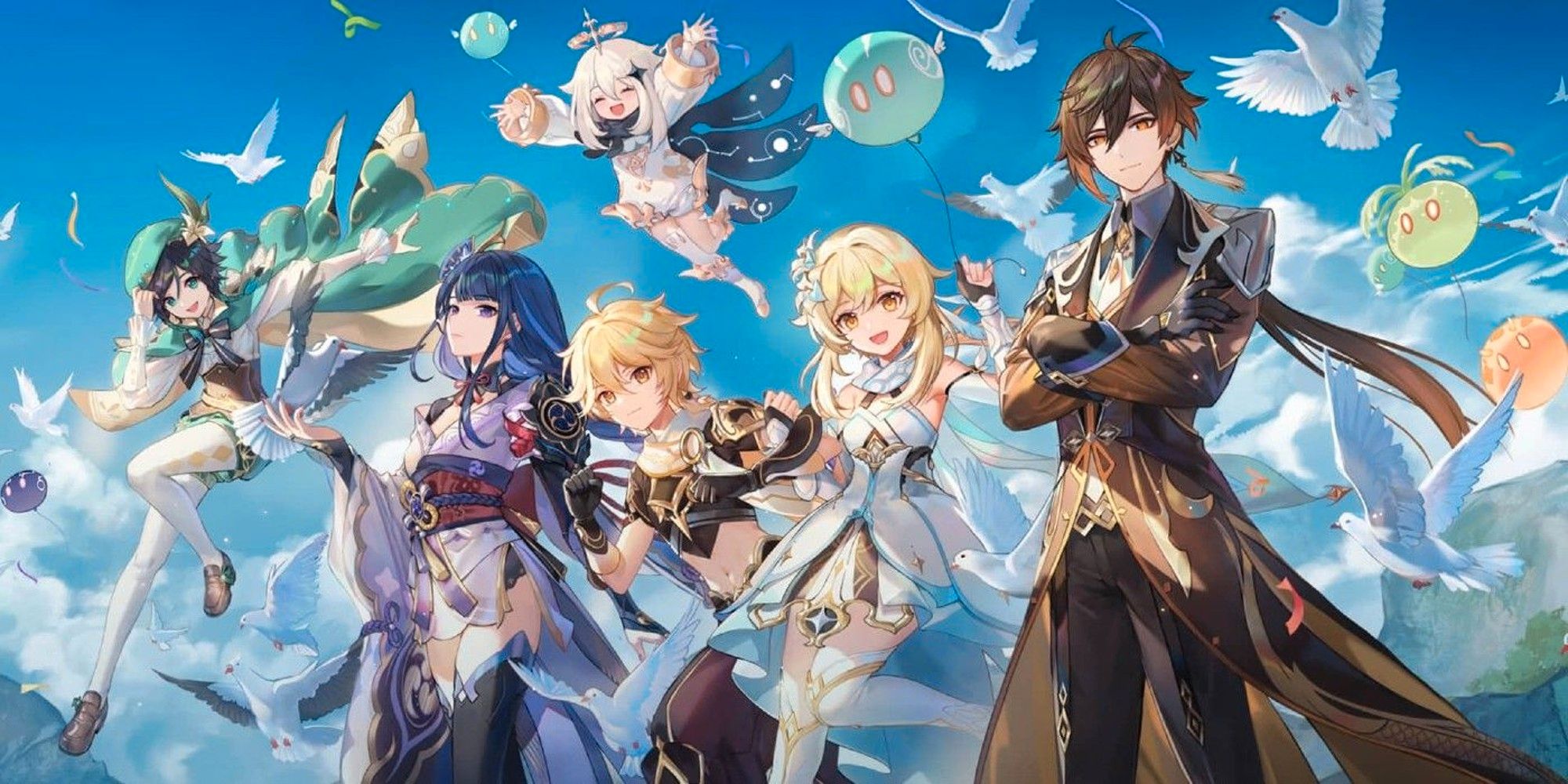 The biggest Genshin Impact news this week is of course the release of Version 2.2 on October 13. This is set to unlock the final island of Inazuma, Tsurumi Island, the new four-star character Thoma, and banner re-runs for Childe and Hu Tao. Aloy will also be given for free to all players who are on mobile or PC platforms. There are also new events and features.

Excitement is still high, despite last week’s review bombing, and Genshin Impact is continuing to bring in money – with the extra anniversary rewards appearing to calm at least some of the irate players. After the initial backlash against the log-in rewards, which included players review bombing what felt like every game on the app store, in-game mail was sent over four days with each message containing 400 Primogems as well as a glider, hero wits, mora, or enhancement materials. This essentially doubled the in-game rewards. It appears to have calmed the storm and now the community is preparing for Version 2.2.

The update goes live on Wednesday and will round out the isle of Inazuma by unlocking Tsurumi Island, the last location in the Archipelago. Alongside this will be the usual round-up of new enemies, events, and features. If you’ve been behind on the news here’s what you can expect.

As mentioned, the banners are both re-runs this time around, with Childe’s re-run coming first, followed by Hu-Tao’s. We are currently unsure which four-stars will be on the banners, with the only confirmed addition being Thoma on Hu Tao’s banner.

For players on PC and mobile, Aloy will also be sliding into your DMs when the patch hits. The Horizon Zero Dawn protagonist will be free for all players, after her initial release to PlayStation account in the last update. If you are unsure how the unique character works, especially if you heard about her lack of constellations, we have you covered. We’ve got a full list of Aloy’s talent and ascension materials, as well as a full build guide and list of the best bows for her.

There are also four new weapons: Polar, a five-star bow, Wavebreaker, a four-star polearm, Mouun’s Moon, a four-star bow, and Akuoumaru, a four-star claymore. The four-star weapons appear to focus on attack as the main stat, while the five-star bow is crit-focused. These weapons are all likely to be complemented by re-runs of items specifically built for both Childe and Hu Tao.

Riftstalker Whelps and Hounds are the latest new enemies. They appear to be Geo and Electro hounds that match the aesthetics of other Inazuma mobs. They will be found in the new dungeon challenge event, Labyrinth Warriors, and are likely to also be found on Tsurumi Island. Other events in the patch include Dreams of Bloom: Ikebana, a new gardening event, Shadow of the Ancients, an exploration event, and Tuned To The World’s Sounds, a Rhythmic game similar to Ballads of Breeze. Two new hangout events for Thoma and Sayu will help us get to know these Inazuma natives better, and we’ll also see the return of the Ley Line Overflow event.

Those looking to expand their Serenitea Pots will also be glad to know that we will be getting an Inazuma-themed realm as well as new furniture for both indoor and outdoor areas. These new pieces match the theme of the new realm.

As always, the new update is packed with things to do, so here’s hoping it keeps the community in the game and away from the app store’s review page.

Next: Dear Genshin Impact Review Bombers: Stop Being So Entitled