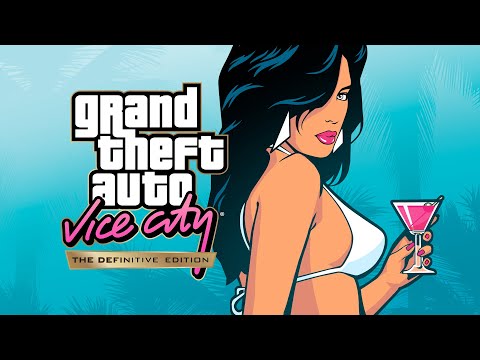 A reader is upset at Grand Theft Auto: The Trilogy – The Definitive Edition, for making him think poorly of Vice City.

It’s only a few days since the release of GTA: The Trilogy – The Definitive Edition and already it’s obvious the thing is a bit of a disaster. I think some people are going overboard with the criticisms – I actually think the new controls are pretty good and I have no major complaints in that sense – but it’s clearly missing months of QA and bug-fixing that were skipped over in order to make it out on time. So Rockstar has got no-one to blame but themselves for that.

I assume it’ll all be fixed in time, even if the damage is already done, but that’s not what I want to talk about today. What’s really got me upset is replaying Vice City again, something I was really looking forward to, and realising it… isn’t as good as I remember?

The shoddy remaster isn’t helping but right from the start of playing, I’m sure if you’d filmed me you would’ve seen my smile slipping gradually down my face. The graphics, obviously, aren’t as good as I remember but the new lighting system seems to make it worse, with everything lit up like a Christmas tree. I know that’s the point of some areas but it just looks bad, as does the old school animation where everyone looks like a marionette – you can almost see the strings holding everyone’s arms up at weird angles.

Then there’s the dialogue. I remember this as being really good and miles ahead of other games. Maybe it still is for those that came out at the same time but it’s clear that things have improved a lot in the last two decades, because now it just sounds simplistic and kind of childish. Like edgelord 15-year-olds trying to do an impression of their favourite gangster movies.

Speaking off… I’m not sure why the makers of Scarface didn’t sue considering how much the game rips off whole scenes and quotes. I hadn’t seen the movie the first time I played the game, so I didn’t realise at the time but now that I am familiar with all the movies that the game is ‘paying homage’ to it’s super blatant. Rather than being clever references, things just get copied completely, which seems really desperate and kind of insulting. Almost as if it isn’t really its own game but just some pub band homage.

Also, why is Tommy Vercetti so thick now? It looks like he’s gone 20 rounds with a Chocolate Gateau and lost, and I have no idea why anyone at Rockstar thought that was a good idea. I mean, that’s not a bug, that’s a conscious decision and… it’s horrible. It makes every cut scene look weird and you just keep waiting for another character to comment on it, but of course they don’t because their dialogue was recorded 19 years ago.

Lots of characters look weird, and the faces are objectively worse than they used to be, with the whole game stuck in this awkward middle ground between the original PlayStation 2 game but high-res and some kind of half-assed remake that changes just enough that you start to judge it by a different set of criteria. It’s a terrible choice that is pitched completely wrong, so that you get the worst of both worlds.

Of course, the soundtrack is still great, even if it’s not exactly the same as the original, but now it seems like the only thing the game has going for it. Especially as the layout of the city is not great, and never was at the time even.

I’m just kind of a little depressed by the whole experience really. Not only is the game not as good as I remember but it’s been presented in such a way as to make it seem even worse that it actually is. I should’ve left well alone and held onto the happy memories, instead of the disappointing reality.

MORE : GTA: The Trilogy Definitive Edition is the worst thing Rockstar has ever done – Reader’s Feature

MORE : GTA could last as long as James Bond (aka 60 years) says Take-Two