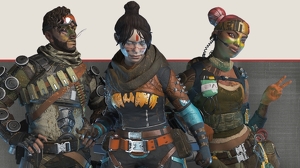 In a recent AMA on reddit, the Respawn team fielded a number of queries and questions from Apex players, including one from CSKaay who wanted to know “how is Lifeline’s kit being handled?” in the upcoming round of tweaks and improvements.

In a list of several thoughtful questions, the commenter suggested that “regardless of whether her ult[imate ability] gets changed or buffed, [Lifeline’s] passive needs a 10-20 second delay between revives”. And it looks like Respawn agrees.