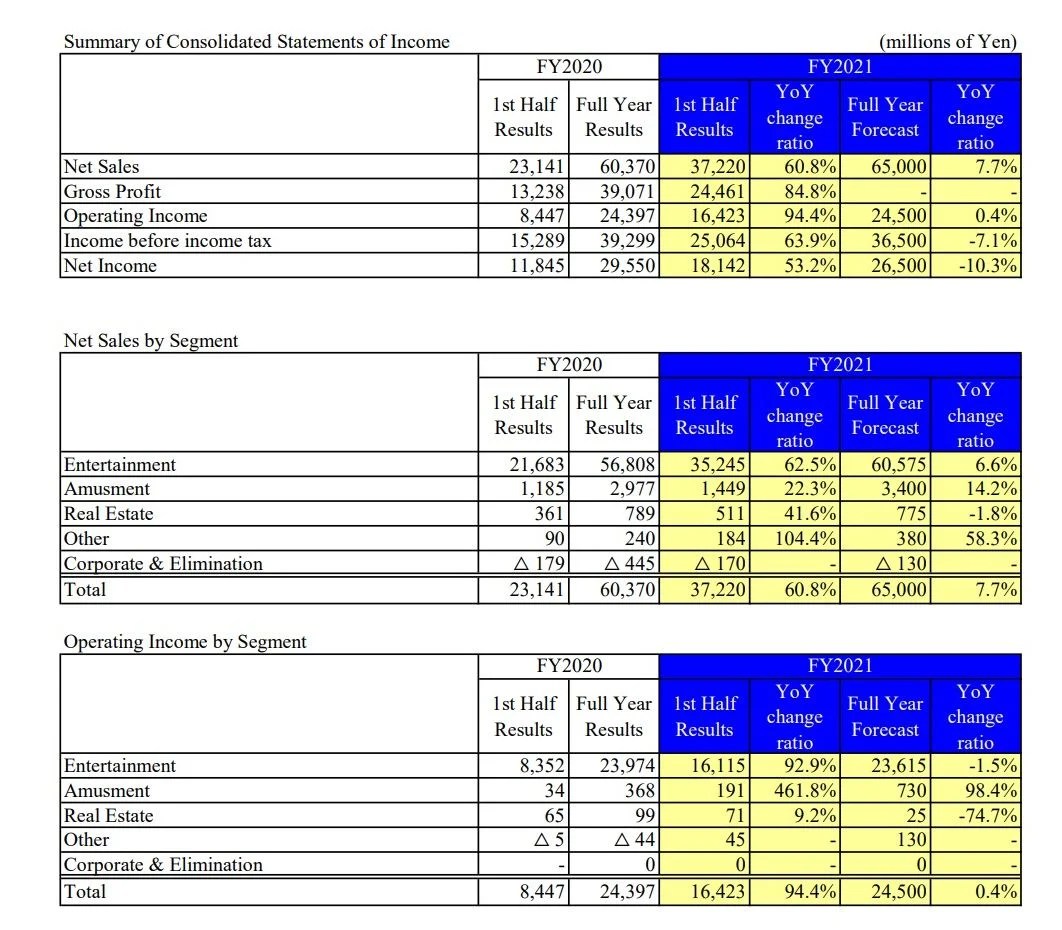 Today Koei Tecmo announced its financial results for the first half of the fiscal year that will end on March 31, 2022.

We can take a look at the overall results below, alongside those by segment, with the Entertainment Business focusing on video games.

Both the overall results and the video game segment showcases sharp growth both in net sales and operating income compared to the same period last year.

This is a record performance for Koei Tecmo for a first half of the fiscal year.

We also learn that shipments of Samurai Warriors 5 have passed 410,000 units worldwide as of September 30. Ninja Gaiden: Master Collection is also performing well, alongside steady repeat sales of games like Nioh 2: Complete Edition.

As for Gust games, while there was no update for overall shipments, we hear that sales continue to be strong, focused on the Atelier Ryza series.

The goal is to achieve 30 billion yen operating income by the fiscal year 2023.

If you’d like to compare, you can check out Koei Tecmo’s results in the previous quarter in our dedicated article from July.