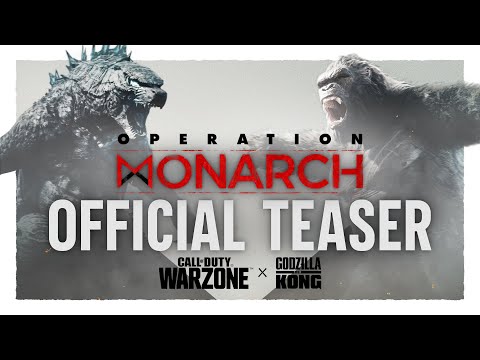 A Modern Warfare 2 reveal could be imminent as developer Infinity Ward teases fans via social media. Unless the studio is deliberately trolling us, it looks as though Ghost will feature prominently in Call of Duty 2022, perhaps taking the reins from Captain Price?

Looking closely at the new header image and profile picture uploaded to Twitter shows an obscured, blacked out image. However, by fiddling with the brightness and contrast, a familiar skull-painted balaclava comes into view…

the banner brightened up: pic.twitter.com/45lkryNwzp

Infinity Ward also removed all posts from its official Instagram account. This isn’t necessarily confirmation of Modern Warfare 2 – neither Infinity Ward or Activision have officially announced a sequel. However, at the very least it suggests that a reveal for Call of Duty 2022 is coming very soon. Some within the COD community are even speculating that this could be a follow-up to Call of Duty: Ghosts, though we very much doubt it.

Vanguard or Black Ops Cold War? Which Call of Duty is better?

It’s no secret that while Call of Duty Vanguard was a solid entry in the FPS franchise, it didn’t perform as well as other recent instalments. As a result, it’s been claimed that Activision will move away from its annual release schedule, skipping 2023. The writing has been on the wall for a long time now with Warzone persistently evolving, reducing the need for a new game every year.

The Modern Warfare 2 rumour mill has been spinning for several months now. There’s speculation that we could see the addition of a new online PvE mode, potentially evolving the fan favourite Special Ops, with talk of a new Warzone map that combines a patchwork of classic MW2 maps.

We rather liked Call of Duty Vanguard and gave it 9/10 in our review. “The stars have aligned for Call of Duty: Vanguard. For the first time, this truly feels like a full package without any caveats,” we said. “Sure, some parts are naturally stronger than others but there isn’t a weak link in sight. After back to back triumphs, Call of Duty is now on a killstreak.”

Vanguard is still supported and is about to launch into Season 3 which will include a swathe of new content.

Oh yeah. Godzilla and King Kong are also coming to Call of Duty in an upcoming Warzone event.