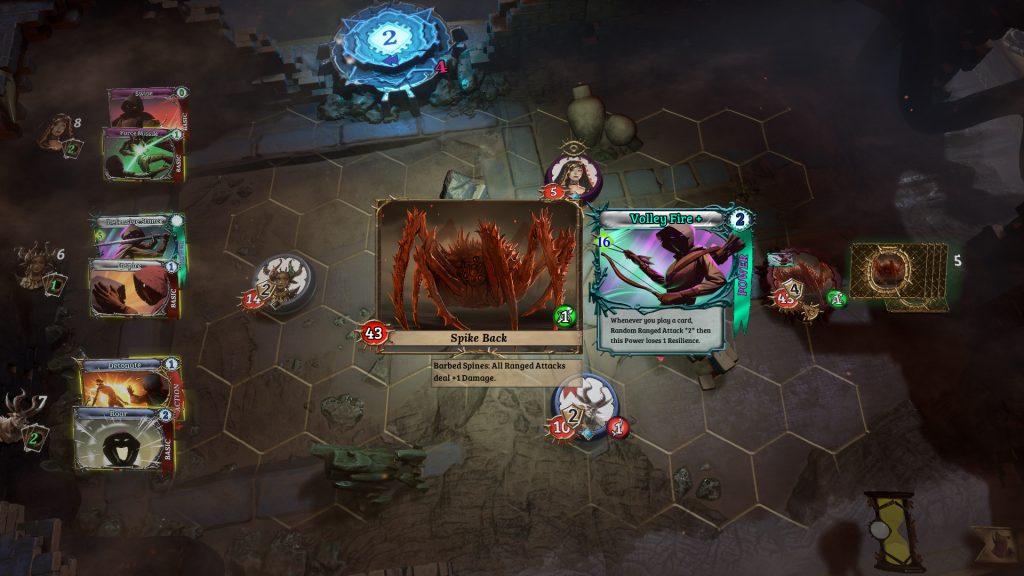 Build a party and explore a desolate post-apocalyptic fantasy world. Acquire loot and gear to expand your party’s deck of cards, as you traverse a procedurally generated overworld map full of random events and skirmishes. Move your party members around a hex-based board during combat, placing your adventurers in the best tactical position to use their various cards and special abilities.

You can find the launch trailer below.

Trials of Fire is available on Windows PC via Steam for $15.99 USD. The price will increase to $19.99 USD on April 16th, as part of the game’s transition from Early Access.

Trials of Fire is a tactical, deck-building adventure game set in a fantasy world in ruin.

Brutal conflict and tough decisions await as Trials of Fire combines free-form exploration of an expansive open world, multi-character, card-driven combat and an innovative new fusion of loot, load-out and deck-building systems delivering massive depth of play and unique strategic opportunities for the player on every run.

Trials of Fire also features an extensive range of narrative ‘judgement’ encounters where the player is challenged to weigh moral dilemmas in a lawless world, assuming the roles of judge, jury and (often) executioner.

The tactical rogue-like design, procedurally generated game events and expanding gallery of playable characters and abilities challenges the player make every decision count as they journey across a dying world… in search of hope.

The hope that will save your forsaken people, the hope to survive in the desolate and dangerous wastelands, the hope that you and your party of heroes will live to fight again and to see the dawn of a new day.

MULTI-CHARACTER DECK-DRIVEN COMBAT
During combat encounters, the player is able to issue commands to each Hero based on their draw cards. The random draw of cards presents new and interesting challenges at every turn.

It is up to the player to make their best immediate tactical choices in positional play and to optimize their offensive and defensive capacities.
And to take advantage of any card synergies that have arisen in the draw by combining the unique abilities of their three heroes.

NEW ITEMS & WEAPONS = NEW CARDS
At any time between combat encounters, the player can tweak their character’s loadout of weapons, items and gear and in so doing alter their card-defined abilities. The player has the option of assigning resources across their heroes and interchanging items in order to maximise the effectiveness of the triad.

New items and weapons are acquired when scavenging in ancient ruins, or looting an encampment after an ambush and so the player is constantly challenged to consider the optimal state of their party’s load-out. Discovering one new Epic weapon could cause the player to rethink their entire strategy!

A VAST PROCEDURAL OVERWORLD ADVENTURE
Players will traverse an immense overworld map, choosing their heading and defining their own adventure as they embark upon a journey across a vast and varied wasteland in a perilous hunt for resources critical to the survival of their home settlement.

The threat of ambush and skirmish are never far away as the player’s triad of heroes do battle with the roaming denizens of the wild, monsters of lore and legend and the unforgiving lands of the realm of Ashe.