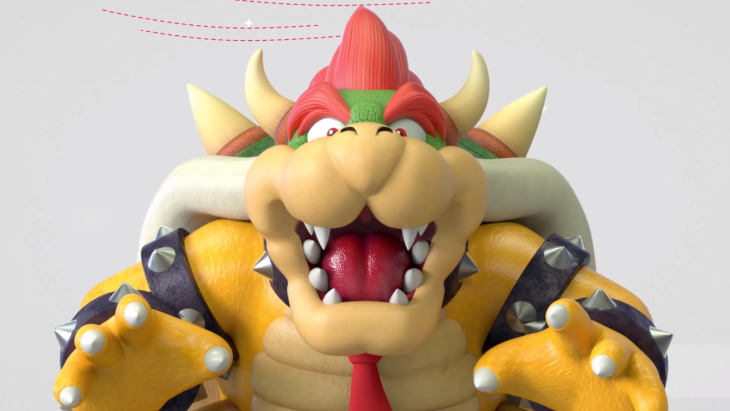 Nintendo have reportedly copyright claimed a fan model of Bowser that was being sold online. More specifically, a model of his penis.

Nintendo have been known to go hard against fan works, though with the sheer glut of adult fan art of their characters (as with any major franchise) you would think adult work was quietly ignored.

Nintendo took no action against Bowsette either; the hypothetical outcome of Bowser using Toadette’s Super Crown power-up to turn onto a more Peach-like version of himself. This inspired more pornographic fan works, and other Super Mario bosses and enemies turned into attractive ladies. Requests for Bowsette to become an official character in a Nintendo game have been ignored thus far.

One artist has finally pitched Nintendo’s interest, and has been beaten down because of it. AkkoArcade, a 3D adult art modeler, had created a prop in June 2018 intended for adult Source Film Maker films. A model of the King of Koopa’s other “Bowser Jr.” The design featured fleshy spike-like lumps across it, with a ring around the base akin to Bowser’s spiked collar and arm bands.

On April 10th, AkkoArcade announced, possibly with some glee, that Nintendo had copywrite claimed his work, which was being distributed through Patreon. “This peepee got claimed by Nin tendo,” AkkoArcade tweeted. Other users joked that by Nintendo claiming this, they had effectively made the cannon into canon.

Far from being deterred, AkkoArcade re-uploaded the offending phallus to be shared for free the next day. By claiming the model, Nintendo are well within rights to prevent other parties from selling it, and as such it should be possible they would object to it being given away for free.

Nintendo have taken down many fan games before, especially those where the creators were allegedly making money from the project (even donations only intended to be used to keep websites functioning). As Nintendo have (obviously) never made their own adult Bowser model, some could argue AkkoArcade’s work still falls under fair use; an adult parody that is clearly not endorsed by Nintendo.

In September 2020, Nintendo issued a DMCA of Peach’s Unknown Tale, an adult fan game that had been in the works since 2012. Developer Ivan Aedler told his Patreon supporters “I already told some people that ‘I prefer to be dead’ than abandon this game.”