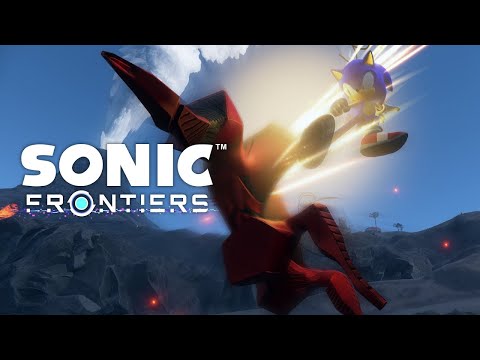 Let’s just say it’s been an up-and-down Greenhill of excitement for where my hype levels are at for Sonic Frontiers, but the game’s recently released ‘Combat & Upgrades’ trailer definitely has me more on the ‘up’ now. The trailer in question specifically focuses on expanding on the action-adventure game’s combat with the introduction to the franchise’s first attempt at a skill tree in a mainline Sonic game.

To unlock these new skills players can redeem a certain number of skill pieces, a collectable item that Sonic will automatically collect from fallen enemies or breakable objects. While the move set that you start off with at the beginning like your homing attack, drop dash, and stomp are good enough for the first island, players will need to toughen their offence, defence, and unlock new skills so they have a better chance of taking on tougher enemies on later Starfall islands in Sonic Frontiers.

Some gameplay strategies players can use to get an upper hand include going for a long combo to activate Phantom Rush which boosts Sonic attacks for a limited time. If you’re more of long-range fighter players can use Sonic Boom (not to be confused with the fantastic show of the same name) to hurdle high-speed kick wind attacks that send shockwaves to enemies. Another one is Wild Rush which can only be described as a fast flashy zigzagging attack that sends Sonic stylishly crashing into your enemies which will deal great damage. The trailer also recaps cyloops, parrying, and the game’s tougher opponents known as Guardians.

Sonic Frontiers was made with a new template in mind similar to the original Sonic Adventure in 1998 and is designed by focusing on and adapting Sonic’s powers to an open world-like sandbox with unique biomes, another first for the series. Sonic and his friends – Miles “Tails” Prower, Knuckles the Echidna, and Amy Rose are sucked through a wormhole are. Bu himself Sonic finds he has landed on Starfall islands where is guided by artificial intelligence to explore the set of islands, collect the Chaos Emeralds and find his friends.

Sonic Frontiers is set to launch on PC, PS4, PS5, Xbox One, Xbox Series, and Nintendo Switch on November 8th, the game’s theme song “Vandalize” will be performed by Japanese Rock band ONE OK ROCK.