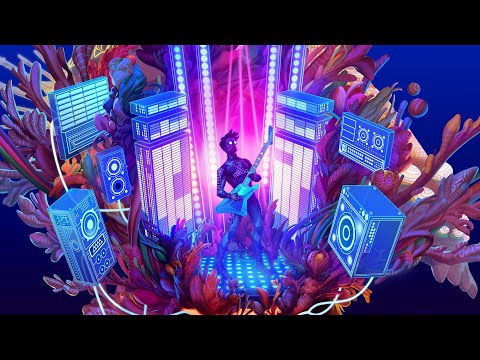 A reader lists some of the best made, and least well known, games of 2021, from indie gems like Toem to bigger titles such as Scarlet Nexus.

Another year of video games has flown by and that means a horde of games you may not have heard of and as a result swooped under the radar. Here are 10 great hidden gems you should unearth:

Blazing with vibrant colours, as you shred your electric guitar, The Artful Escape is surreal escapism at its most bountiful. You can literally light up your surroundings through the power of music and it does a spectacular job of engaging the senses. If you ever fancied sauntering across a mountainous landscape, ignited by aurora borealis and your shredding riffs, then go and try this liberating gem.

What’s this? A narrative adventure exclusive to Nintendo Switch? Mired in political intrigue and crazy dramatics, Road 96 is totally worth it if you’re pining for unpredictable story thrills in one easily missed but oh so satisfying Switch curio.

A Halloween treat you probably missed out on, In Sound Mind is an eerie psychological horror that you should dare to traipse through. Merely thinking about treading along supermarket isles in the dead of night with nothing but a torch ought to send shivers of dread down your spinal column. Give this one a go and you might find yourself entranced by its spooks.

Yes, New Pokémon Snap is a high profile Nintendo Switch game, so you might wonder why it’s included in this list meant for hidden gems. Yet upon reflection, it’s a game that has been quickly forgotten about and yet it’s one of the best from 2021. If you have a nostalgic fondness for the original Pokémon Snap this is a no-brainer, and it’s gorgeous to boot.

As gamers hold Metroid Dread aloft with all its critical praise and legions of devotees, a little PlayStation 4 and 5 Metroidvania has carved its own trail with its remarkable dieselpunk presentation and satisfying bot-bashing gameplay. F.I.S.T: Forged In Shadow Torch is one of those games that’s so damn good but barely anybody talks about it – much like Huntdown last year. Give this one a shot and you will not be disappointed.

New Pokémon Snap isn’t the only photography adventure released this year. But as much as you may have forgotten that Nintendo’s game even released in 2021, Toem also seemed to pass by without the attention and fanfare it deserves. Toem is so under-the-radar that if you type it into Google you will get the time instead. Delightfully accessible and simple in design, Toem’s gentleness blossoms beautifully. The music is lovely too.

Milestone might be a lesser-known racing game developer, but this Italian outfit has delivered a corker that relishes in our nostalgia for Hot Wheels toy sets from back in the day. Designed with immense speed and playfulness in mind, Hot Wheels Unleashed is a splendid arcade racer – the kind that seem like a rare breed these days.

Time to blast off in quite possibly the strangest game of the year. With its own language and a focus on exploration and expedition, JETT: The Far Shore is certainly worth a go if what it offers intrigues you.

An action role-playing game with a technologically bent, Scarlet Nexus offers up a pleasing alternative to the drudge of similar games and its empowering combat does plenty to make your investment worthwhile if you take the plunge.

MORE : Best mobile games of 2021 on iOS and Android – Mini Motorways to World Of Demons