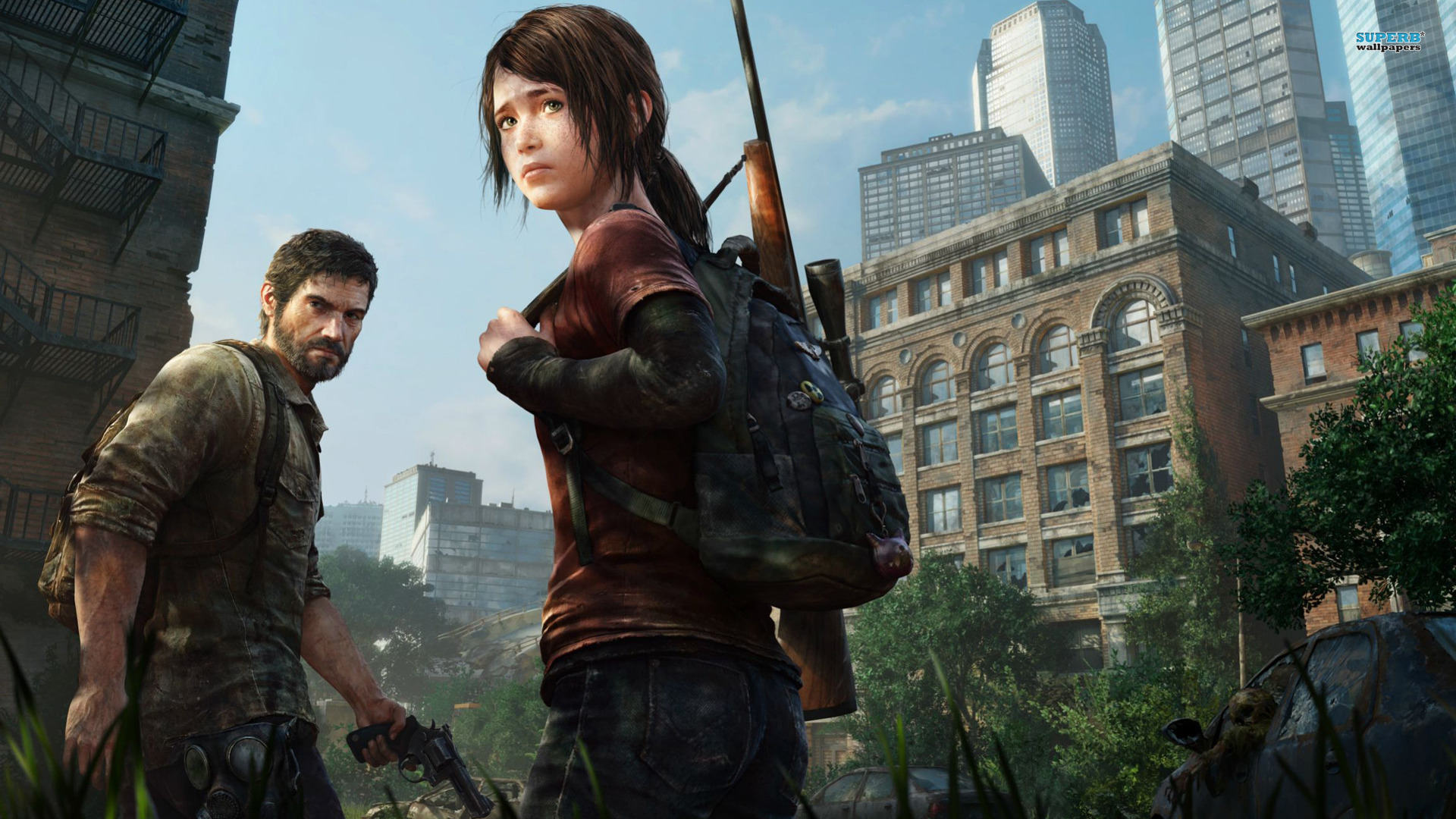 Readers discuss some of the best acting performances ever in video games, including Mass Effect and Far Cry 3.

The subject for this week’s Hot Topic was suggested by reader Straybe, who asked how you think video game acting compares to movie and TV and which has stood out to you as the very best.

Naughty Dog’s work on The Last Of Us and Uncharted were amongst the most common suggestions, but there was also a lot of mentions for Mass Effect and… Night Trap?

Cinematic narrative
For me the best acting performance in a video game goes to pretty much the entire cast of The Last Of Us and in particular Part 2.

In my opinion they are simply head and shoulders above anything else I’ve seen and played. I don’t know if it’s because of the cast, the motion capture – which seems to be more advanced than most other games – or the story itself. Possibly a combination of all three.

Take The Witcher 3, for example, which I’m currently playing on the Switch. There’s some great side quests and stories to discover but some of the acting can be a bit clunky and you are aware it’s a video game, whereas The Last Of Us feels more cinematic. Gerald himself isn’t the most emotive character. His range of emotions seems to be gruff, irritable, and hostile.

There are other games I’ve played with great narratives and voice acting such as Life Is Strange, God Of War, and others but I feel The Last Of Us games are on another level. I feel video games generally speaking are not on the same level as movies and TV when it comes to narrative and acting, etc. Although that gap is beginning to narrow.

However, The Last Of Us is pretty much as close as it gets. It’s not just myself though that thinks this. Empire, the film magazine, said about the first game that it was the best film of the year (that wasn’t actually a film) and Part 2 became the first video game to be discussed on their spoiler podcast rather than a film.
matc7884

Mega drunk
Dana Plato in Night Trap. One of my favourite Mega CD games and I inexplicably (well I had been out drinking in the sun) bought three copies from Limited Run, totalling over £200, then bought the digital copy as well.
MRHBK

Multiple nominations
I feel I should get a couple of show-stealers out of the way first, as while they upstage the other characters in the games they appear in that doesn’t necessarily mean that their performances were the best. Ricky Grover as Yangus in Dragon Quest 8 completely stole the show and is probably the reason (for better, and of course much worse) that you get so many regional accents in Tolkien-esque Japanese role-players in the years since.

Then Michelle Ruff who took over as the voice of Etna for Disgaea 2. She had some big boots to fill, but again, she blew every other character and performer away. Including Grey Griffin (formerly DeLisle) as Rozalin who put in quite the turn herself. I remember a point where you get to a colosseum and Adell, the main character but not really, is surprised to see Etna there. He asks her if she’s come to help them out.

Her laugh was so funny and dispiriting all at the same time.

Jennifer Hale is probably going to get a lot of love for this topic. Quite right, too. But while she is the one, true Commander Shepard and this is her favourite store on the Citadel, it shouldn’t be for that role. Because it’s a relatively blank character by design.

No, her best performance – though not as enjoyably unhinged as Xel’lotath in Eternal Darkness – is as Bastilla Shan in Star Wars: Knights Of The Old Republic. And it’s a character and performance that takes a second playthrough to truly appreciate for how much nuance and depth is on display. Not as flashy a role as HK or Mission or even Canderous and Jolee – but ultimately the most impressive. This is not an insult because of how high a standard Bastilla sets, but she represents BioWare’s greatest writing achievement.

David Kaye as Ford Cruller in the Psychonauts is probably my favourite male performance. Funny and heartbreaking in equal measure, I genuinely believe that he should get more recognition for it. Of course, it helps when the script is good too, but a good actor still needed to sell it. And sell it he did.

I was also quite impressed by Troy Baker as Valvatorez for Disgaea 4. Could even be his best work…
DMR

No Joker
I’m a big fan of Hidenari Ugaki’s performance as the lovably unhinged Goro Majima in the Yakuza games. He’s so good that Mark Hamill’s English voiceover paled in comparison.

Definition of great
When I read what this week’s Hot Topic was I knew straight away what my own choice of best performance would be.

For a long time now my favourite, and the most memorable acting performance I’ve seen in a video game, is easily Michael Mando’s Vaas Montenegro from Far Cry 3.

His performance is the reason Far Cry 3 is my, and a lot of other people’s, favourite Far Cry game.

I’ve played through it from beginning to end at least three times and I never grew tired of his performance or skipped passed the cut scenes like I would normally do on a second playthrough.

There are so many iconic moments featuring Vaas in that game, but I think the most legendary and one that’s always instantly recognisable to any Far Cry 3 fan is his ‘Did I ever tell you the definition of insanity?’ monologue.

It’s not just Mando’s excellent acting and his delivery of the lines, it’s the circumstance that the player character is in at the time and the fact that Vaas has had us in his power and repeatedly failed to kill us at that point in the game.

There is disagreement as to where this ‘definition of insanity’ thing originates. A few people are credited with it, from Albert Einstein to an alcoholic prostitute in an AA meeting, as well as a few other sources but all I know that is that the first time I played through it and heard Vaas deliver that monologue the hairs on the back of my neck stood up; it certainly has an impact.

Micheal Mando really hit it out of the park with his performance for Vaas in Far Cry 3 and if there is ever a Far Cry movie or series it would be a travesty if Micheal Mando didn’t get to revisit his character in it.

Honourable mention to Robert Allen Wietoff for John Marston, especially in the first Red Dead Redemption. Again, this is an actor who totally owned the role/character they played and are fully deserving of any recognition they get for their performance.
Mitchell

Seasoned pro
Best acting in a video game for me has to be Michael Sheen in Mass Effect 2 and 3 as the Illusive Man.

The presence he was able to give the character in cut scenes, just sat in shadows puffing a cigar at the start, and the emotion he gives the character in other scenes is 100% for me the best acting I’ve ever seen in a video game.
Michael, Crawley

Chorus game review – a war amongst the stars

True characters
I have had the privilege to experience a lot of good voice acting for video games over the years and I found them truly immersive for the games I was listening to them in.

The original BioShock kept me truly engaged in the storylines due to the very on par voice acting from all the various characters from the game. Sander Cohen, Frank Fontaine, and Andrew Ryan’s narcissistic threats and promises made this series of games fantastic and very well designed indeed.

Sander Cohen is my favourite due to the hyping up of himself and the surreal show business entrance he makes, with all the epic quality of a real life entertainer walking down a spiral staircase.

The Uncharted series was always great. Every character seemed to show that special engagement with the player and made you care for these characters so much. I found the voice acting got better as the games continued. By Uncharted 4 the characters were getting much more serious and deeper, but also thoughtful and reflective at the same time.

The original Mass Effect series was similar, in that when following the characters they indeed make you more sympathetic for them. You also have some of the best relationships between characters. I was a fan of male Shepherd as well as FemShep, and loved their engagement with the other characters in the game and listening to their stories.

Mass Effect side stories were some of the best I have played in my life, even if a lot of it was talking and finding out more about the teammates you were helping out or dealing with. By the time the third game ends, it’s like saying goodbye to actual friends and all because of the voice actors behind them.
Alucard