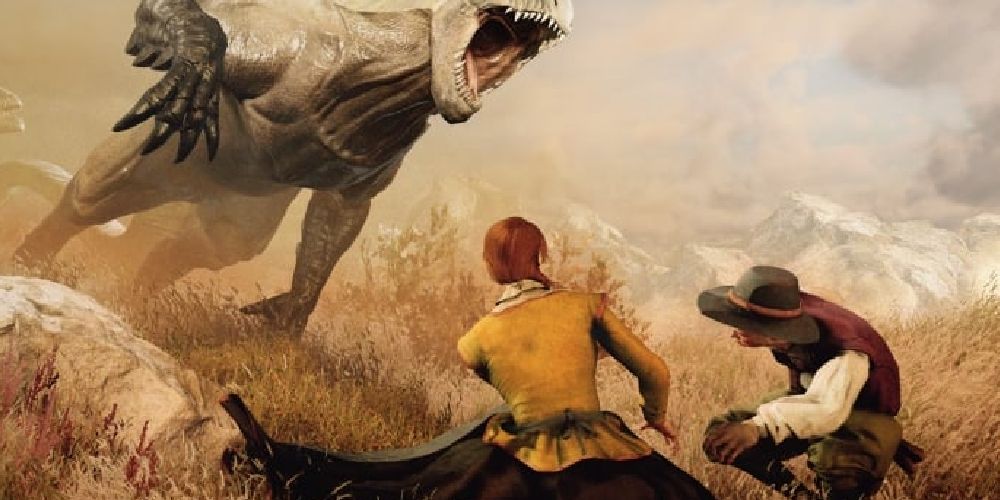 The launch of Amazon’s new MMO, New World, has gone over well all things considered. Despite long server queues, technical issues, and more, many are diving into the new MMO headfirst. It does all the things that make an MMO great, set to the backdrop of New World’s Aeternum Island. Essentially, players come to this island of magic and monsters to colonize it, obtain its power and immortality, and face the Corrupted.

RPGs set to an Age of Exploration/Colonization background are not common, and that has been one critique of New World—how it handles the idea of colonization in-game. Nonetheless, many are enjoying the game for one reason or another, but if the premise of New World and not the game necessarily being an MMO is a big draw for some players, there’s one more title they should check out: GreedFall.

Unlike New World, GreedFall is not an MMO. It is a single-player action RPG with similar mechanics to past BioWare games during the company’s golden period. GreedFall has factions, story, romance, and all the things that make this style of RPG great, set to the backdrop of the newly-settled Teer Fradee. Essentially, players come to this island of magic and monsters to colonize it, in competition against others, set up a new life, face and cure a growing plague known as Malichor, and ultimately determine the fate of the island/humanity.

Arguably, GreedFall even handles the idea of colonization much better than New World. It’s slowly revealed throughout the game that non-natives had come to Teer Fradee before, and that Malichor is a poison passed on by this island itself due to colonial actions against the island and its natives. What this essentially means is that Malichor—acting as a poison in men’s hearts—is a direct result of the player’s ancestors and their trespasses against the island and its natives, which certain factions in-game are repeating.

Without going too far into spoiler territory, it’s this colonization that doesn’t just get set up as a backdrop but influences many of the choices in GreedFall, from alliances to romance. GreedFall’s ending, even, takes these ideas, treats them properly, and shows the dangers of such actions in a new world.

Of course, despite these shared themes, GreedFall and New World play nothing alike. One is a single-player adventure, while the other is an MMO. But for fans of RPGs in general, GreedFall is the honorary classic BioWare title with thematic similarities to New World that fans of the latter should not sleep on.