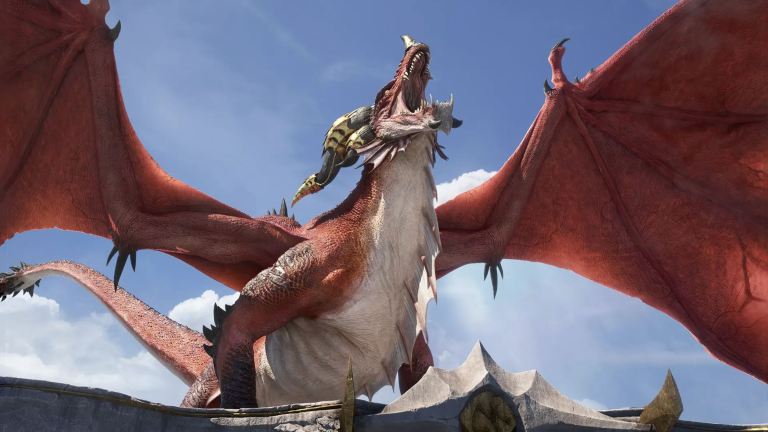 World of Warcraft was released in 2004. That’s almost 20 years’ worth of memories, loot, and expansions. Currently, the game features eight expansions full of new classes, races, and content (of varying quality), and that number will jump to nine sooner than you think.

Earlier this year, Blizzard announced World of Warcraft: Dragonflight. That upcoming expansion will give players a new location in the form of the Dragon Isles, a new dragon-themed race and class, and new dragon mounts. Everything is either draconic or made of dragons in Dragonflight, and while the expansion won’t land until November 28, gamers won’t have to wait until after Turkey Day to start experiencing the expansion’s content firsthand.

Since World of Warcraft: Dragonflight, is introducing a dragon’s hoard worth of changes and updates, Blizzard decided to give players a head start so they can earn their sea legs before the expansion properly launches. It pays to be prepared, especially if you’re the kind of player who charges into raids as soon as possible.

On October 25, players can download Dragonflight‘s first pre-expansion update. The pre-patch additions will be introduced as part of the game’s regional realm maintenance, so once that ends (it’s expected to run from around 10 AM EST to 6 PM EST), they can try out some of the expansion’s new features.

This first pre-patch patch update will focus on classes. For starters, the game is bringing back talent trees that give points with each level, and players can start using those points to customize their characters. Plus, the new system will let players swap talents any time they want (as long as they aren’t in the middle of a fight). Also, the Dragonflight pre-patch will make the Mage, Rogue, and Priest classes universal among races. Does it make sense that the giant Tauren will soon stealth around as effectively as a tiny Gnome? Who cares. More classes for more races equal more fun!

While classes are at the forefront of this first round of pre-patch content, this early update also adds tons of new achievements, quality-of-life improvements, and the long-awaited ability to alter WoW‘s UI without mods. Of course, that’s just the beginning of the pre-patch update process.

As with The Burning Crusade, Cataclysm, Mists of Pandaria, and Battle for Azeroth before it, the main selling point of Dragonflight is its new race. Instead of introducing more “mundane” races like Pandaren or Goblins, the expansion will feature the mystical Dracthyr: a race of dragonlike humanoids long forgotten by war and time. Actually, you’ll be able to start playing as that race and the new class that comes with them, the Evoker, before Dragonflight is officially released.

The second and final bit of pre-patch content will land on November 15 (following the usual morning/afternoon update) and give players permission to create a Dracthyr Evoker and explore their starting zone of The Forbidden Reach. Only players who pre-ordered Dragonflight can take advantage of that head start, though. Moreover, according to sites such as WoW Head, players can only create a Dracthyr if they already have a level 60 character, and even then, there will be a one Dracthyr per player/server restriction. Those limitations are similar to the one that affected the Demon Hunter class that was released shortly before the start of the Legion expansion.

While Dracthyr are at the center of this second pre-patch, that update will once again include a round of supplementary content. For instance, players will also get to explore a new dungeon known as Uldaman: Legacy of Tyr. Plus, gamers can fend off Primalists in new quests and world events known as Primal Storms. With luck, these additions will keep players entertained until the official launch of World of Warcraft: Dragonflight.