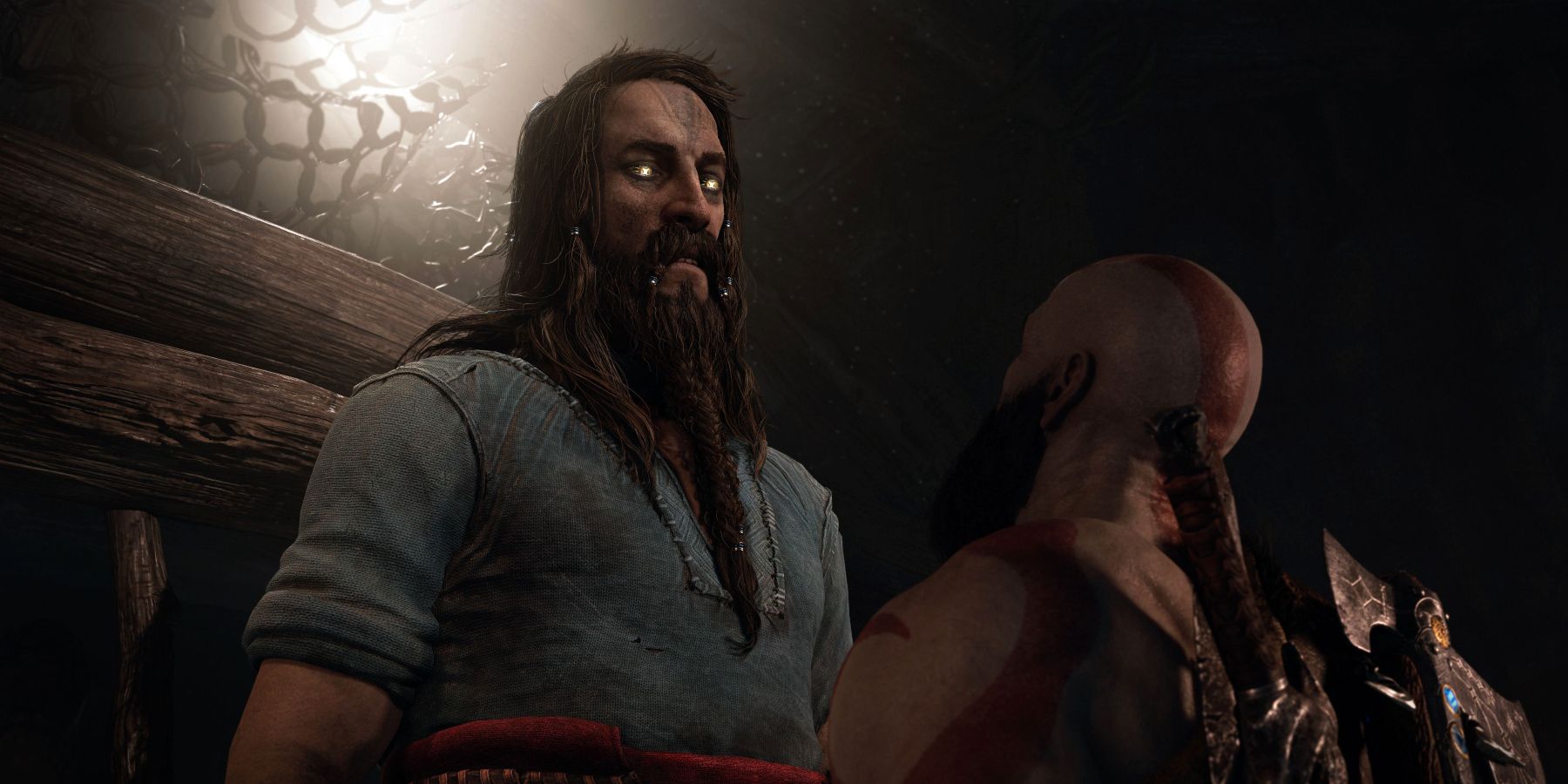 During Sony’s PlayStation Showcase 2021, Santa Monica Studio closed the show in style with the highly anticipated full reveal of God of War: Ragnarok. After making the world wait for over a year for more details following the game’s short debut teaser last year, it’s now been confirmed that Kratos’ second Norse adventure will close out this chapter of the franchise’s history. Everything shown so far suggests that the Herculean effort that the studio has put into the project, in addition to the patience fans have displayed, will more than pay off when the game hopefully ships at some point in 2022.

Based on the details that were carefully woven into God of War: Ragnarok‘s first cinematic trailer, it appears that the Norse god of war, Tyr, will play a prominent role in the game. That is both in terms of a literal physical presence, and in a deeper narrative sense as well. Being a character from a mythology that’s over a thousand years old, naturally ensures that there’s source material out there that could provide potential clues as to how Kratos’ Norse counterpart will impact the incoming apocalypse.

Who is Tyr in Norse Mythology

Throughout the stories of Norse mythology, Tyr is most commonly referred to as the Aesir god of war. His role within the pantheon extends beyond this bloody point though, with matters relating to law, order, and justice, all also frequently said to have fallen under his domain. More so than other fallible and hedonistic occupants of Asgard, Tyr has a reputation for being a courageous and fair deity. These traits have so far formed the basis of Santa Monica Studio’s interpretation of the god ahead of his first physical appearance within the franchise, with dialogue from 2018’s God of War often referring to him as being a highly respected and wise individual.

Like most figures found within the often fragmented and contradictory Ancient Norse religion, Tyr’s ancestry and path to his many thrones is convoluted and highly disputed. Most stories that feature the god of war reference Odin as being his father, which is the route that the God of War franchise has so far loudly promoted through dialogue and character exposition.

However other sources also make a case for the giant Hymir being Tyr’s actual biological father. In the recent Ragnarok trailer, it was impossible to miss the fact that Santa Monica Studio’s depiction of the character is on the taller side, which could suggest that some sort of blending of the origins has actually taken place within the game’s universe. In other contemporary media, Odin has often been shown to be cunning and bold enough to adopt the offspring of his enemies for example.

In general, God of War has so far established an incarnation of Tyr that, beyond similar personalities, is noticeably different from the one found in Norse mythology. The God of War version of the character has been described as being diplomatic to the point of pacifism, so much so that he rebelled against Odin and Thor following the massacre of Jotunheim’s giants. This act prompted the former to imprison his son, whilst publicly claiming he had executed him.

In Norse mythology there’s no literary evidence of Tyr ever turning against his Aesir kin, despite their various transgressions, with the god instead ultimately giving his life in a futile attempt to preserve the pantheon.

RELATED: God of War: Ragnarok’s Thor is Being Played by Ryan Hurst; Here’s Where You’ve Seen Him Before

Compared to other prominent figures and creatures found throughout Norse mythology, Tyr doesn’t appear nearly as frequently within the folklore’s stories. This is one of the reasons why Santa Monica Studio might feel comfortable creating a truly unique take on the character. It can be argued that the two myths that he does pop up in flesh out his personality a great deal in a short amount of time, whilst also simultaneously being highly significant to the overall fate of the pantheon. Both hold details to Tyr’s backstory in ways that will be hard for God of War: Ragnarok to avoid touching upon.

The first of these stories sees Tyr confront the giant wolf Fenrir in a tale that establishes the deity’s bravery and commitment to order. After it’s discovered that the canine creature is destined to kill Odin during the apocalyptic Ragnarok, the Aesir gods devise a plan to ensnare the beast. In the ensuing chaos, Tyr successfully traps the creature that he is said to have once helped raise, at the dramatic cost of his right hand.

According to Mimir these events have seemingly happened within Santa Monica Studio’s universe already though, despite the fact that the Norse god of war is shown to have both of his hands in the recent trailer. It should also be noted that within mythology that Fenrir is the son of Loki and Angrboda. With the latter’s introduction set to take place in the sequel, there’s a decent chance that some form of time travel trickery will enable these events to play out like they do within folklore.

Tyr’s next appearance within the Norse mythological timeline relates to the end of the pantheon, and potentially complicates matters for Kratos and Atreus even further. During the Twilight of the Norse gods, Tyr brutally battles the giant wolf Garmr in defense of Asgard, in a fight that sees both characters meet their mutual ultimate demise.

As previously mentioned, Santa Monica Studio’s interpretation of Tyr currently appears to be a world away from coming to the defense of his kin in this manner. While it’s plausible that the studio will create a more nuanced take on the tale and character, there’s also a chance that the god of war’s incarceration might have caused him to reevaluate his allegiance back to Odin. Especially considering the role that Kratos and Atreus played in the death of his brother Baldur, and his two nephews.

Unlike the vast majority of deities that populate the Norse pantheon, it’s important to mention that Tyr didn’t actually start off within those stories. Instead he was gradually incorporated into Scandinavian mythology by its followers, with almost all of the details regarding his older Germanic origins being subsequently lost to the passage of time. It’s believed that he could have inhabited a significant leadership role akin to the one that Zeus and Odin played in their respective mythologies, based on the rapid adoption of the word Tuesday, which is derived directly from the word Tyr.

Some experts also claim that he didn’t technically end his otherworldly reign in Scandinavia either. Other sources have cited that the stories surrounding the Roman God of War, Mars, are potentially a direct continuation of his story. In a way this phenomenon has already been adapted into the God of War franchise via 2018’s installment.

From the pieces of exposition that were provided by Mimir during the game, the virtual incarnation of Tyr that Kratos and Atreus will meet is particularly fond of traveling to other Godly realms. Whether or not his mythological origins end up becoming a point of contention within Ragnarok‘s narrative remains to be seen. At the very least, there’s a chance that his realm hopping antis might provide an answer as to how the franchise can continue beyond its current Norse-themed confines.

God of War: Ragnarok is in development for PS5 and PS4.

MORE: God of War: Ragnarok’s Tyr Could Be Bigger Than Fans Expect