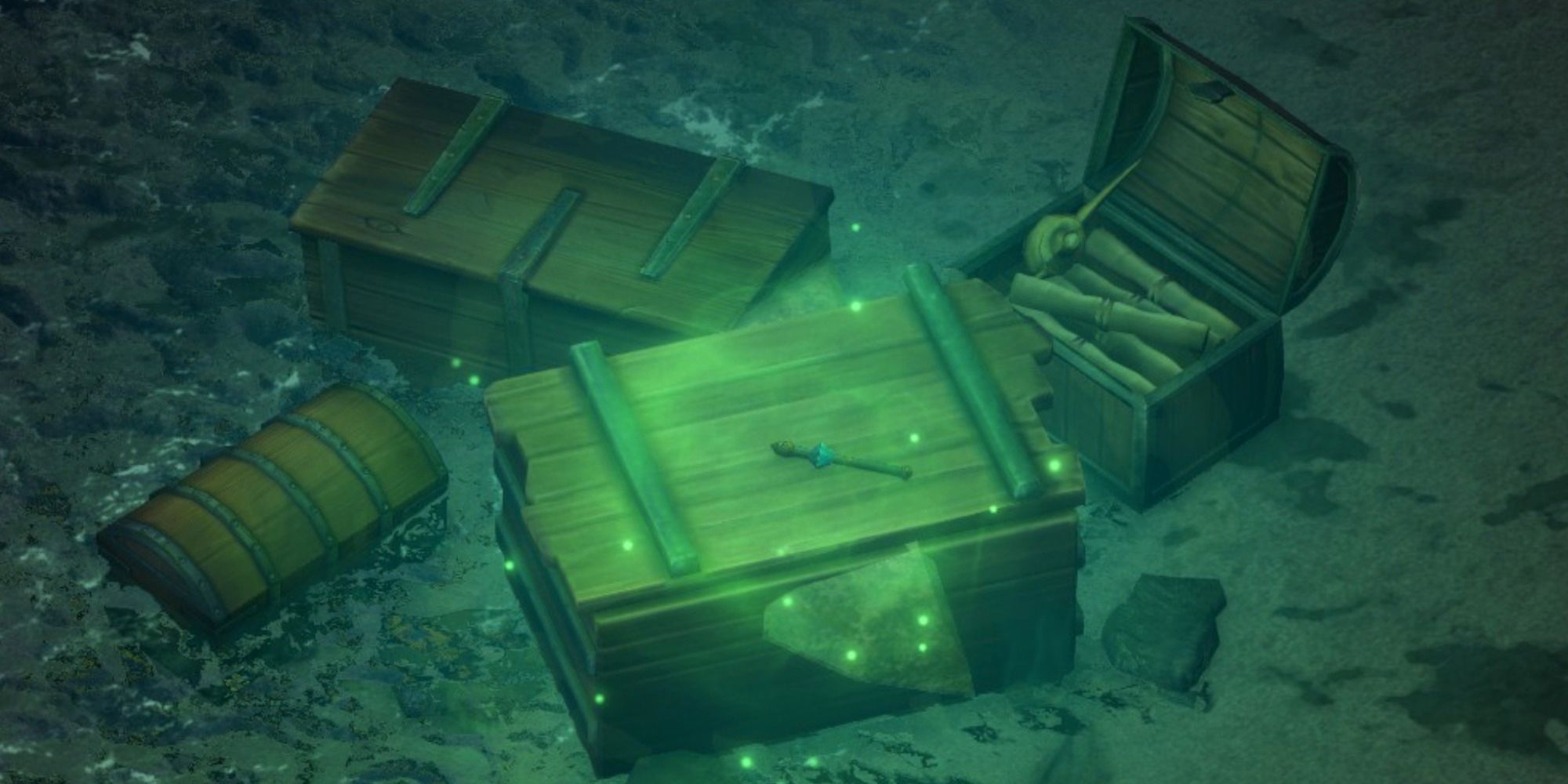 Of all of the Mythic Paths available to you in Pathfinder: Wrath of the Righteous, the Lich Mythic Path may be the most interesting from a roleplaying perspective. This path will see you embracing your evil side and either forming or strengthening an affinity for the undead. It comes with unique crusade mechanics, some very immoral options, and even some secret companions to recruit.

RELATED: Pathfinder: Wrath of the Righteous: The Most Powerful Accessories

There are six Mythic Paths that can be chosen at the end of Act Two and you’ll play the majority of the game’s campaign as one of them. Of these, Lich is probably the most secret Mythic Path and is very easily missed.

How To Unlock The Lich Mythic Path

There are three steps to unlocking the Lich Mythic Path. They are as follows.

This guide will walk you through these steps, ensuring you don’t miss your chance at unlocking this very unique way to play the game!

How To Acquire The Wand Of Zacharius

This step is quite easily missed. During Act Two you will be forced into a prolonged encounter against Vescavor Swarms and a Vescavor Queen in the Leper’s Smile location. Once you have completed this encounter and defeated the queen, don’t immediately leave the area!

Instead, head down into the deeper cavern, located near the fight against the Vescavor Queen.

This cave has a lot of nasties in it, but what we’re looking for are some Wights. These will be found towards the west when you open the map. Make your way through these encounters until you come upon what looks to be a ruined camp along the water’s edge. You will be beset by a pack of Wights who seem to never die permanently, so be careful and save your game before taking them on.

Look closely at the camp and you should find the Wand of Zacharius, glowing on top of a crate. It will have an interact button – use it and you’ll be presented with a choice. If you want to be a Lich, simply do not break the wand – embrace its evil power or just slip it into your bag. Doing this will stop the Wights from resurrecting.

How To Return The Wand To Zacharius

Pretty soon after the encounter at Leper’s Smile you will find yourself at another mandatory encounter. This time it will be at the Lost Chapel, and it’s a very large map with a lot of fights and secrets to find or ignore at your leisure.

At the top of the hill, you will find the fabled chapel, inside which you will have to fight some bad guys. Once all is completed, sanctify that area by interacting with the altar and take a rest if you need one. When you approach the altar, a magical, fake wall should disappear on the right-hand side of the chapel, revealing some stairs to a basement.

Take these stairs down. To find Zacharius, simply head in a straight line from the stairs. You’ll eventually stumble upon his personal library and then meet the man himself! In this dialogue, make sure to give Zacharius the wand with the option labeled (Evil) [Requires Lich Mythic Path] [Give him the wand] “It belongs to you.”

This will unlock the Lich Mythic Path dialogue options temporarily until you choose a more permanent path at the end of this Act. In addition, Zacharius will make the boss fight in this location easier for you.

How To Become A Lich

The finale of Act Two sees you commencing a prolonged assault on Drezen in your quest to acquire the Sword of Valor. Follow the quest normally until you encounter the real banner (as opposed to the fake one within the citadel).

When you hang the Sword of Valor on the walls of Drezen you will achieve your third Mythic Rank and also be prompted to lock in your Mythic Path. Choose the Lich Mythic Path. Welcome to the world of necromancy!

NEXT: Pathfinder: Wrath Of The Righteous – Best Nenio Builds