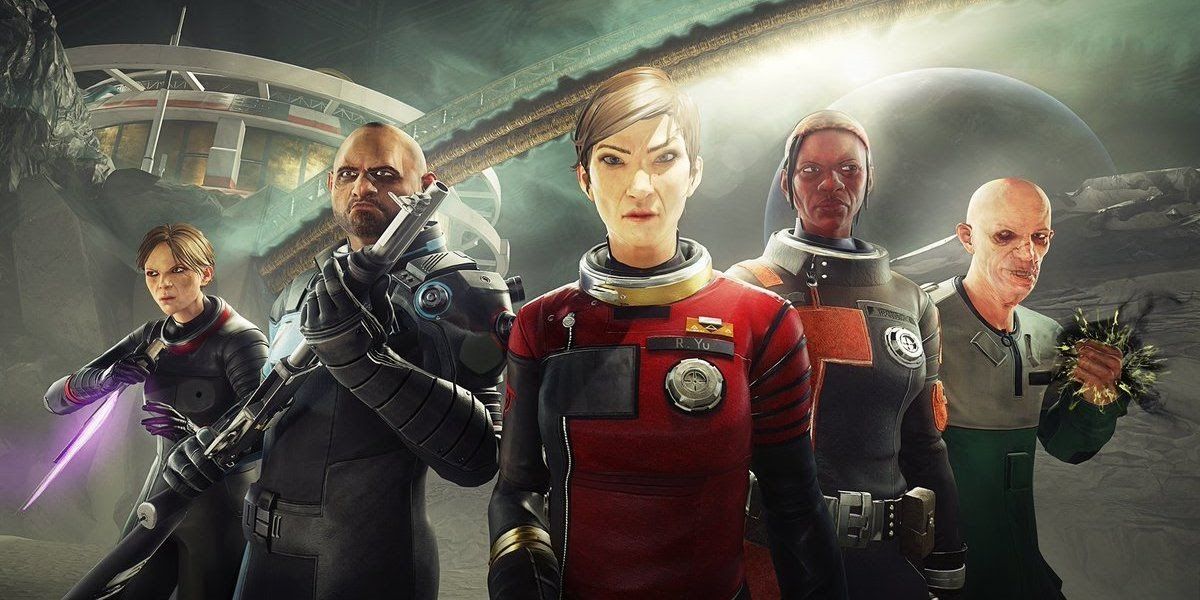 I love Deathloop. Its time loop mechanic opens the door for creative puzzles that weren’t possible in Arkane’s other games, its characters are all loveably hateable, and Blackreef is absolutely packed with secrets and mysteries to uncover. It’s a much needed evolution of the immersive sim genre that I hope serves as inspiration for big budget action games moving forward. But if I’m being completely honest, Deathloop wasn’t at all what I had hoped it would be.

When I first heard Arkane was making a time loop ImSim, my mind immediately jumped to Prey: Mooncrash. Like Deathloop, Mooncrash took many of the live-die-repeat fundamentals from the roguelike genre and combined them with the studio’s signature brand of immersive action-stealth. Prey was not Bethesda’s most commercially successful game, and unsurprisingly, Mooncrash failed to draw much attention outside of a small yet vocal Prey fandom. At a distance, Deathloop looked to be Arkane’s way of taking the best ideas from Mooncrash and spinning them off into their own, standalone game. Unfortunately for me and the rest of the Prey sickos, Deathloop and Mooncrash actually share very little DNA.

Related: Deathloop Interview: From Clockwork Mansions To Clockwork IslandsIf you haven’t experienced Mooncrash, first of all, rectify that immediately, but secondly, I’ll give you the skinny. You play as a hacker stationed on a spy satellite that orbits a secret moonbase owned and operated by TranStar, the UAC of the Prey franchise, if you will. Communication between the moon base and TranStar ceased recently, and your job is to uncover the catastrophic events that occurred at the base by simulating scenarios until you piece together the truth. You need to repeat the same steps over and over in a manner similar to Deathloop, but the core concept is a much tighter experience.

Here’s how it works: there are five characters to choose from, and five ways to escape the moon base. Each escape route – a teleporter, an escape pod, high-speed train, et cetera – can only be used once, so you’ll need to figure out the most efficient way to safely evacuate all five survivors. To make things more complicated, the station is overrun with aliens that become stronger and more numerous as time goes on. Here, your failure comes with a consequence.

Each run through the base happens in sequence, so anything you do with the first character you pick will carry onto the next one until all five either escape or die. Every character has their own skills and abilities, so you may want to start with an engineer that can unlock all the doors during their escape, and save the soldier for last, who has the best chance of fighting his way out against the strongest enemies. You can (and must) leave items, weapons, and tools behind for other survivors to collect, as well as create safe routes and escape opportunities early on that pay off later. Every time you fail you’ll earn upgrade points that can be used to enhance your characters’ abilities, and eventually – through many, many loops – you’ll figure out the most optimal way to evacuate all five characters.

Mooncrash is a brilliant game with hundreds of moving pieces that fit together beautifully. It’s a test of both your mechanical skills and your ability to collect information and formulate a plan of attack. It’s an incredibly rewarding experience because you learn a little bit more about the moon base with every loop until you eventually figure out how to master it. You may end up with an entire journal full of notes and clues by the end, but the pay-off is so worth it. Mooncrash makes you feel like a genius when you finally figure out how to rescue the crew, and there’s no other game like it.

On paper, Deathloop sounds like it could be a spiritual successor to Mooncrash. Instead of saving five people, you’re trying to kill eight. Like Mooncrash, there’s only so much time in the day, so your job is to slowly but surely figure out how to manipulate things in order to move the targets around like chess pieces. Once everyone is perfectly lined up for assassination, you can pull off that one, perfect loop, and feel like a genius.

Unfortunately, that’s not at all how Deathloop actually plays. You still progress by collecting clues and making small amounts of progress every loop, but Deathloop doesn’t actually require you to figure anything out on your own. The actual experience of playing Deathloop is, for the most part, just following quest markers around and doing whatever the game tells you to do next. Creating a perfect loop to kill all eight targets is the goal of the story, but it’s not exactly your goal as the player. Rather, your objective is to follow a questline until it’s complete, then move onto the next. When you’ve finished every task in your quest log, you’ll have one final objective that lays out all of the steps you need to take in order to eliminate the targets. Follow the steps, and you’ll beat the game.

I’m over simplifying it a bit, and there’s still some choices to make about how you approach your targets, but Deathloop is not a game that makes you feel like a genius the way Mooncrash does. Where Deathloop uses the loop as a narrative device first and foremost, Mooncrash was all about trying and failing, looping and trying again. It’s the setbacks that make the victories so sweet, and the “aha” moments that make Mooncrash so memorable. Deathloop chooses instead to lead you by the hand throughout, and suffers greatly for it. There’s a lot of amazing things that Deathloop lets you figure out on your own once you start digging into the secrets and side quests around Blackreef, but the actual campaign is a disappointingly guided experience. Mooncrash had a base game to build upon so it was able to prioritise experimentation, while Deathloop is forced to make its complicated premise accessible while balancing it with new characters, a new setting, and a new narrative.

Mooncrash never tells you where to go, what to do, or how to find the answers. It offers a minimal amount of direction with a to-do list of possibilities, but it never tells you how to do them. Arkane has always trusted the player to figure things out on their own, but Deathloop, surprisingly, does not. In fact, Deathloop will often put big glowing text in your face to tell you that you’re going the wrong way. I have little doubt it will result in Deathloop having stronger sales and better reception than Mooncrash did, but I can’t help but feel like something important was lost for the sake of broader appeal. Mooncrash was the better death loop game, and I hope Arkane will still make games like it someday.

Next: I Will Never Get Tired Of Kicking People In Deathloop