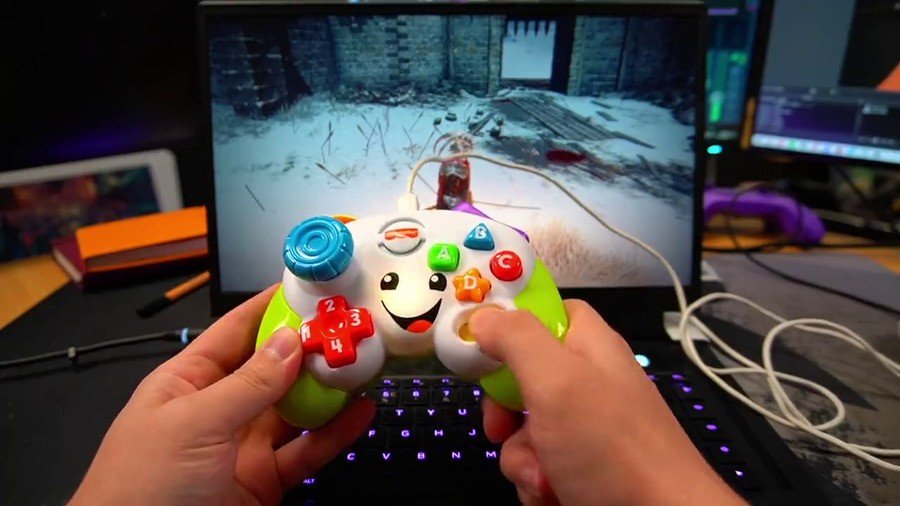 Well, this is absolutely incredible. The self-proclaimed “builder of bizarre controllers” Rudeism has taken to Twitter to show off his latest invention – a working Fisher Price Xbox controller. Yes, this thing can somehow actually play games!

Not only that, but the controller still features all the “annoying” sounds that are present in the Fisher Price controller when you press the buttons. To demonstrate, Rudeism posted a video to his Twitter account:

As you can see, Rudeism’s tweet has already gone viral on Twitter with over 26k likes at the time of writing. The “father of Xbox” Seamus Blackley also weighed in yesterday, stating that he “fully endorse[s] this new BabyDuke controller.”

We’re loving this creation, and Rudeism is no stranger to other amazing designs – check out his YouTube channel for more footage of things like a LEGO Star Wars helmet controller and a motion-controlled frying pan (seriously)!

What do you make of this? Let us know down in the comments section below.