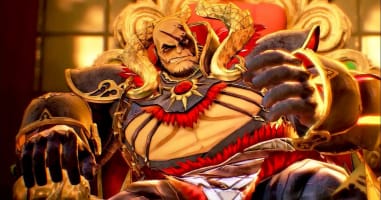 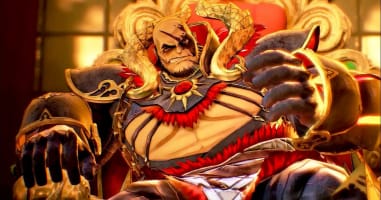 Game Info
More about this game

Purchase (Some links may be affiliated)

Tales of Arise features a wildly different combat system from past entries, and boss fights are where the combat really starts to shine. The Tales of Arise Lord Balseph boss fight is the first major boss you’ll take on.

It’s a surprising difficulty spike that requires you to start thinking more tactically than in regular battles. With that in mind, here’s a bit of guidance to help you beat the Tales of Arise Lord Balseph boss fight.

Considering you only have two party members for Lord Balseph, you don’t have a ton of options for pre-battle setup. Just make sure you have a few Apple Gels and Orange Gels for the battle, as well as Life Bottles. If you need to you can fast travel out of Glanymede Castle and go back to Ulzebeck to stock up on items. While you’re there it’s not a bad idea to stay at the inn and cook some food for an attack or defense boost.

The best idea for this fight is to control Alphen and focus on dealing damage while letting Shionne do the healing. Since there’s only one other party member set your Party Tactics to focus on defense or healing. When you feel like you have your best equipment, head into Lord Balseph’s throne room to start the fight.

Tales of Arise LordBalseph is basically a walking tank that can hit you with some seriously devastating attacks. This entire fight you’ll want to play safe, so make sure you don’t get stuck up close to Balseph for too long. Your best bet is hit and run attacks, meaning run up to Balseph unleash a combo and some artes, and then back off. There are a few specific attacks you’ll want to keep an eye out for.

As Alphen, focus on causing as much damage as possible, and as soon as you have a Boost Strike use it to try and incapacitate Balseph for a few moments. As mentioned earlier, however, you’ll want to keep Shionne’s Boost Strike in reserve until Balseph uses his jumping axe attack.

If you shoot him out of the air with Shionne, you’ll have a good bit to wail on him with attacks. Balseph’s attacks are easy enough to read once you get the hang of it, so just keep up the pressure, and eventually, you’ll get to the second phase.

After a short cutscene you’ll find yourself on the roof of the castle once again fighting Balseph, but this time a massive Fire Elemental looms in the background. Balseph will use the same attacks as before, but now you’ll need to contend with the elementals attacks as well, which generally affect a wide area.

Your main goal in this battle should be keeping the Fire Elemental in view so you know what attacks it’s doing, all while fighting Balseph. Luckily the Elemental only has three attacks which you can see below. All three of these attacks need to be dodged, and you’ll want to give each one a wide berth so you don’t get caught in the AoE.

You can’t actually damage the Fire Elemental in any way, but partway through the battle, Shionne will call out for a Boost Strike. Hit it and the giant boss will be knocked out for a bit, letting you focus entirely on Balseph. Once Balseph gets to about 20 percent health he’ll start charging his Pyroclasm Mystic Art, and at this point you need to go absolutely all out to bring his health down to zero. Use every Boost Strike you can, use Alphen’s secondary artes, whatever you need. It is possible to survive Pyroclasm if Balseph uses it, but it will likely kill Shionne and leave Alphen at very low health, putting you in a dangerous position.

Just like with the first phase focus on evading Balseph’s attacks while using hit-and-run tactics, while keeping the Fire Elemental in view. Eventually, you’ll bring the Lord down and come out on top.

Tales of Arise Guide For Beginners

I’ve been writing and podcasting about games for over a decade, and a connoisseur of all things RPG-related. I have two lovely cats as partners in crime. You can find my work on Screen Rant, Retroware, PCGamesN, and more.