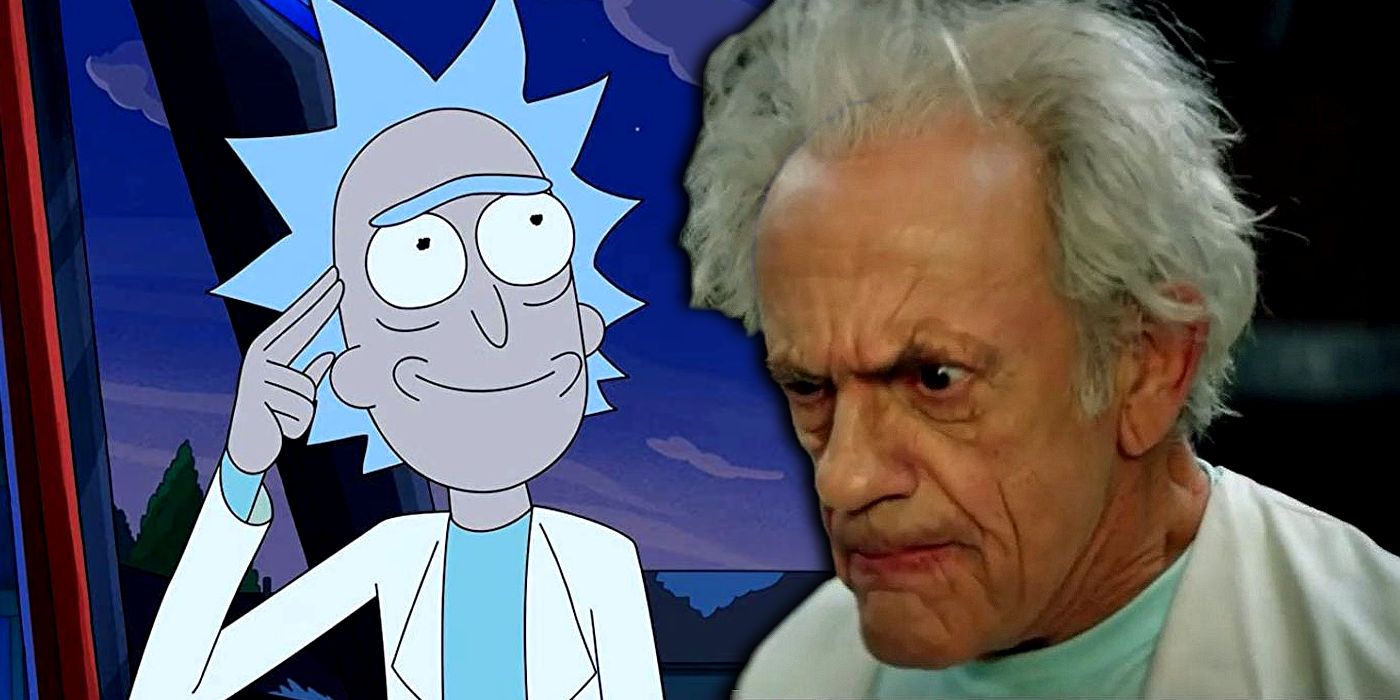 Christopher Lloyd’s live-action Rick Sanchez unfortunately wasn’t in the Rick and Morty season 5 finale, despite being a strong part of the episode’s marketing. The short live-action teaser, which also features Knives Out star Jaeden Martell as Morty, was heavily promoted ahead of season 5’s finale alongside Adult Swim’s animated trailer. Christopher Lloyd’s casting as a live-action Rick is as much a call back to the show’s origins as it is gratuitous fanservice, with Lloyd the original inspiration for Rick Sanchez after his turn as the iconic Doc Brown in the Back To The Future trilogy.

Rick and Morty‘s season 5 finale arrived in two parts following a month-long hiatus – “Forgetting Sarick Mortshall” and “Rickmurai Jack,” respectively. While the new season has received a mixed bag of reviews for its incohesive narrative, with episodes like season 5, episode 4 roundly hated, the two final episodes have garnered more favorable commentary in their immediate aftermath. This is in part due to the large helpings of lore that “Rickmurai Jack” delivers for Rick’s character, alongside the return of fan-favorite Evil Morty to spice up proceedings.

Yet despite a satisfying conclusion to season 5, the question remains as to why Christopher Lloyd’s live-action Rick wasn’t in the finale. Lloyd and Martell’s omission left a void in the final two episodes, with many assuming Rick and Morty‘s broadcast hiatus was enforced to add a live-action sequence in order to build interest in the finale. Queries also linger on whether the 14-second live-action clip was merely a marketing gimmick or whether there is a grander plan for Christoper Lloyd’s perfect portrayal of Rick Sanchez.

The Adult Swim teaser garnered immense popularity in the three days preceding Rick and Morty‘s season 5 finale. The show’s concept began as a Back to the Future spoof by Justin Roiland called The Real Animated Adventures of Doc and Mharti, with Doc Brown’s presence still evident in Rick’s lab coat and bedraggled hairdo. As a result, the Adult Swim Twitter clip went immediately viral as buzz grew that Roiland and co. may incorporate the show’s original lore alongside Rick’s in “Rickmurai Jack.” This excitement was further compounded after several theories emerged, noting how the delay in Rick and Morty‘s season 5 finale broadcast may have resulted from the show adding some newly filmed content. However, this did not come to pass, with a live-action-shaped hole left amidst the Samurai Jack-inspired action.

If this was purely a Rick and Morty marketing gimmick, it was certainly inspired. Roiland and co-creator Dan Harmon have no doubt long been acutely aware of the fanbase’s clamor to see Lloyd embody the animated scientist he unwittingly birthed, meaning his arrival as a concept was sure to cause a stir. Whether or not the released teaser is a small component in a much larger project remains to be seen, but only utilizing Back to the Future’s Christopher Lloyd for such a brief moment would be a missed opportunity by the Rick and Morty team.

Next: Rick & Morty: What To Expect From Season 6