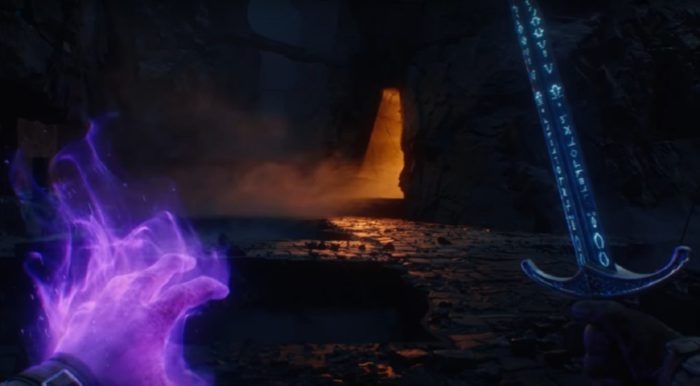 Avowed Is in Its ‘Pre-Alpha State’

Avowed, an upcoming fantasy RPG from Obsidian, was announced to the gaming community back in July of 2022. Since then, nothing has heard about this much-awaited game, until now. It seems that details about Avowed may have been leaked to the Internet.

According to the leak, Avowed is going to be a first-person game that will feature multiple class play styles. It is also heavily influenced by The Elder Scrolls Skyrim’s combat system, which is two-handed. With that said, Avowed players will be able to wield two weapons simultaneously, as well as unleash strong spells using two-handed magic.

The tipster has claimed that the collected information is reliable as they reportedly have received actual documentation that proves Avowed is in its pre-alpha state. It is claimed to already by deep into pre-production, and the sources have revealed that a working early version of the game is close to being completed.

Avowed will reportedly have Pillars of Eternity spells, such as Fetid Caress, Fireball, and Jolting Touch, in addition to possible Pillars-style guns. Moreover, Pillars creatures are also expected to show up, such as Drakes and Xaurips.

Although it has become clear that there are a lot of similarities between Bethesda’s series and Obsidian’s upcoming title, the leak has suggested that Avowed is going to have much more color and will be visually reminiscent of The Outer Worlds—a feature that was not evident in Avowed’s pre-rendered CGI reveal preview.

At the moment, precisely how much of the game has been finished remains unknown. However, the leak has revealed that Avowed could be well on track for a proper gameplay reveal at E3 2022. Still, Avowed fans have too many questions they want answered. For instance, there is no clue if the game is going to be a full-blown open world RPG, or if it is going to be more of a hub style kind of game—pretty much like Obsidian’s other game, The Outer Worlds.

The post Avowed Is ‘Deep Into Pre-Production’; Could Be Revealed at E3 2022 appeared first on COGconnected.