Sports Interactive’s Football Manager games have never been as glamorously successful the likes of FIFA or Pro Evolution Soccer, but their sizeable fanbase will tell you that they offer the best football experience you’ll ever find. With a keen focus on management, tactics, and strategy, the Football Manger games offer endless content that you can lose yourself in for literally hundreds of hours, while the series remains one of few annual sports franchises that steadily see improvements with each new instalment. Football Manager 2022 is coming up soon, and developer Sports Interactive is promising similar improvements. Here, as we count down the days to the game’s launch, we’ll be taking a look at some key details you should know about it.

Poring over statistics, spreadsheets, heat maps, and what have you and adjusting your team and tactics accordingly is a crucial part of the Football Manager experience, and to that end, the series consistently makes improvements in this area each year. FM 2022 is going to be no different in that regard, with a new and improved Data Hub that you’ll be able to dive into before each map. Pass maps, match flow, and various other tactical analyses will be available here for you to study and leverage as you decide your tactics for a game.

The actual on-pitch action has always taken a bit of a backseat in Football Manager games, appropriately enough, but the series does make some important improvements to its match engine with each new instalment, which it will be doing with Football Manager 2022 as well. For starters, there’s a new and improved animations system in the game, which means players and the ball should move during a match more naturally than in past games. Meanwhile, other improvements will also improve the matchday experience- which bring us to our next point…

While the new animations system is the highlight of improved match engine in Football Manager 2022, it does bring some other important improvements as well. For starters, the AI has been improved, which means players will make much better decisions both on and off the ball. This is an area where the series has been frustratingly inconsistent over the years, so hopefully the improvements being applied in FM 2022 will make a noticeable difference. Meanwhile, stamina is also going to be more emphasized now, which means players will tire out more quickly based not just on their fitness and sharpness, but also on your tactics and how the match is going, forcing you to switch things around during games.

Deadline Day is an important part of any football management experience, which, of course, includes the FM games as well, and the final day of every transfer window will see tweaks in Football Manager 2022 as well. For starters, it’ll come with a change in UI, with your hub screen transforming to show elements such as player offers, agent negotiations, transfer news, expiring contracts, a deadline day countdown, and more. Meanwhile, the rumour mill is also going to be made an important part of Deadline Day to make it a more authentic experience, with stories of where players might be headed cropping up, while players will also be able to talk to the press with specific options relating to potential transfer activity.

Other improvements are being made to the off-pitch management simulation parts of the game as well, which, of course, is the meat and potatoes of the experience. For instance, different clubs will have different budgets, which will give rise to different challenges and objectives, such as having to reduce the size of your squad and free up some of your wage bill and generate more budget for yourself. Scouting is also being improved, with all the details and communications regarding the players you’re scouting now being presented in a clearer and more convenient manner. 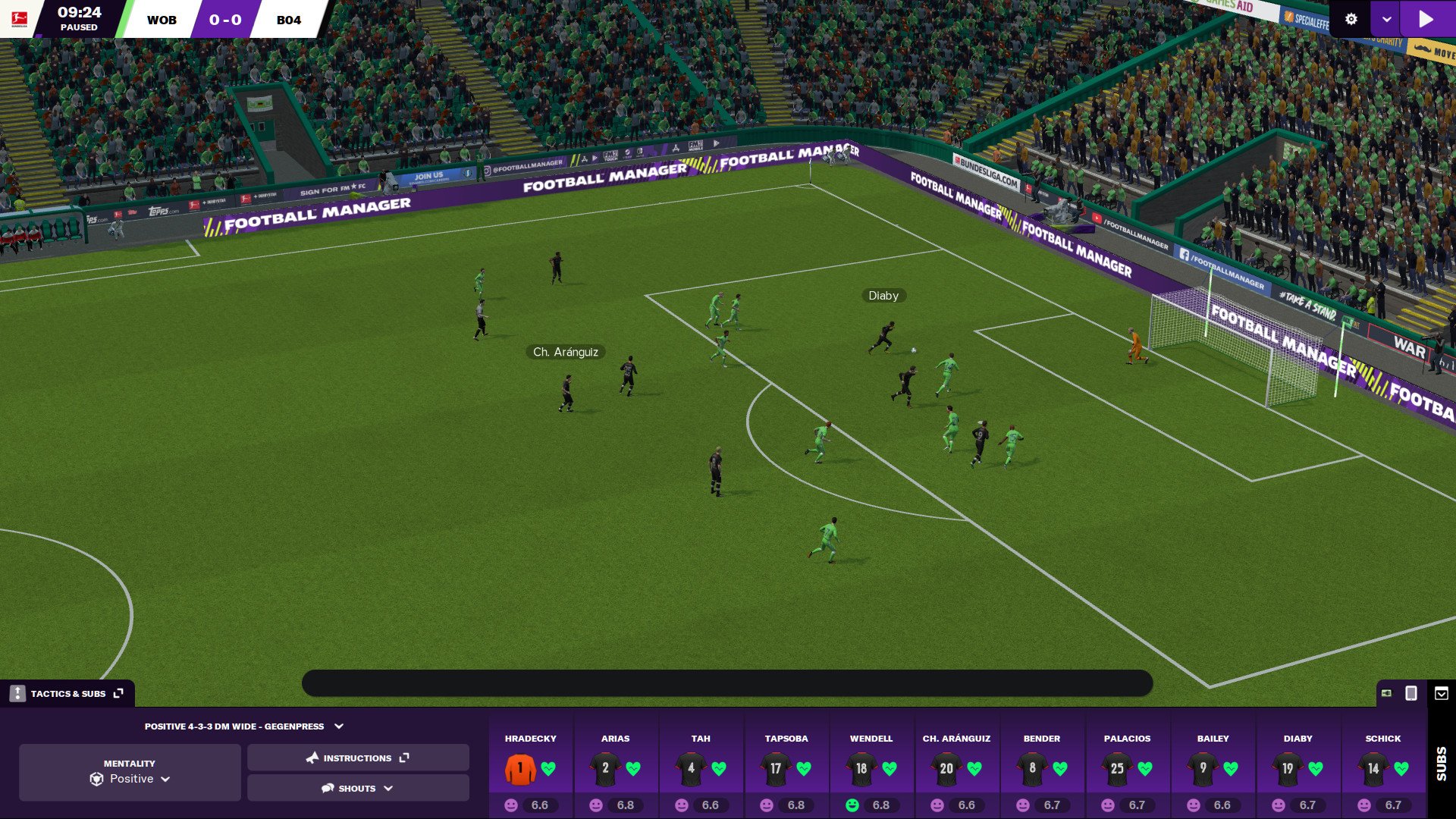 For all the budding managers out there who like to play with more attacking defenders and play out from the back, there’s good news for you. Football Manager 2022 is introducing a new role for your defenders- namely, wide center back. Specifically for those who like to play with three players at the back, the wide center back should prove to be a useful option. Of course, you’ll have the freedom to decide how attacking (or not) these players will be. Football Manager as a series has always excelled at giving players an abundance of tactical options during games to tweak your strategies as you see fit, and it’s great to see that Sports Interactive is adding more options with this year’s game.

Football Manager’s yearly releases usually go hand-in-hand with a new Football Manager Touch version as well, which, as its name implies, is a modified version of the game made primarily for mobile devices. This year will be a little different though. Due to production complications brought about by COVID, Sports Interactive and Sega have had to cancel the iOS, Android, and PC versions of Football Manager Touch 2022, which means that version of the game will be available exclusively on the Nintendo Switch. Of course, PC players can (and will) play the full-fledged base experience of FM 2022, but those on mobile devices are sadly going to be left out. 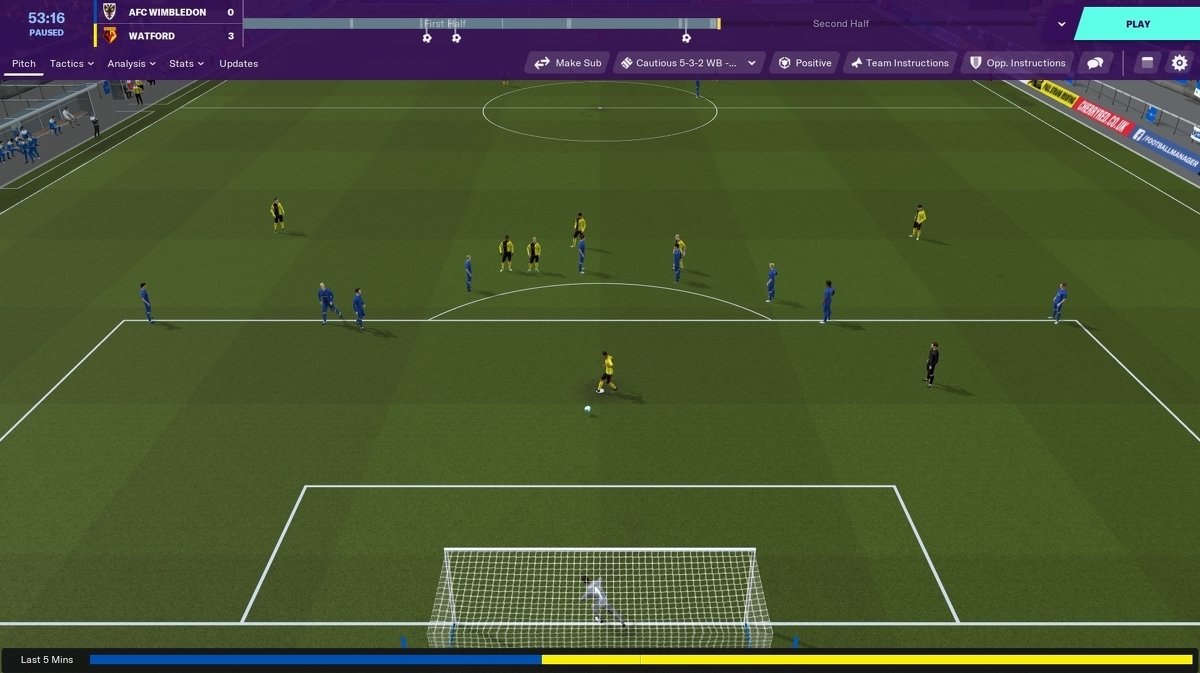 Football Manager 2022 is not too far away now. It will follow in this footsteps of its predecessors and launch in November, and will be available on PC, Xbox Series X/S, Xbox One, and Nintendo Switch. Like last year’s game, Sports Interactive has publicly talked about why FM 2022 is going to be available on Xbox consoles but not on PlayStation- apparently, they approached Sony to bring Football Manager to PlayStation consoles, but Sony doesn’t seem to be interested in that, which, in turn, means Sports Interactive simply doesn’t have access to the development kits it needs to release the game for PlayStation 4 or 5.

Regardless of if you’re playing Football Manager 2022 on PC or on an Xbox console, you’ll be able to access the game through Game Pass. That’s right, the management simulation title’s PC and Xbox versions will be available on Xbox Game Pass for PC and consoles respectively right on the day of launch. Meanwhile, both Game Pass versions will also feature cross-saves, which means you can take your progress across platforms as well.