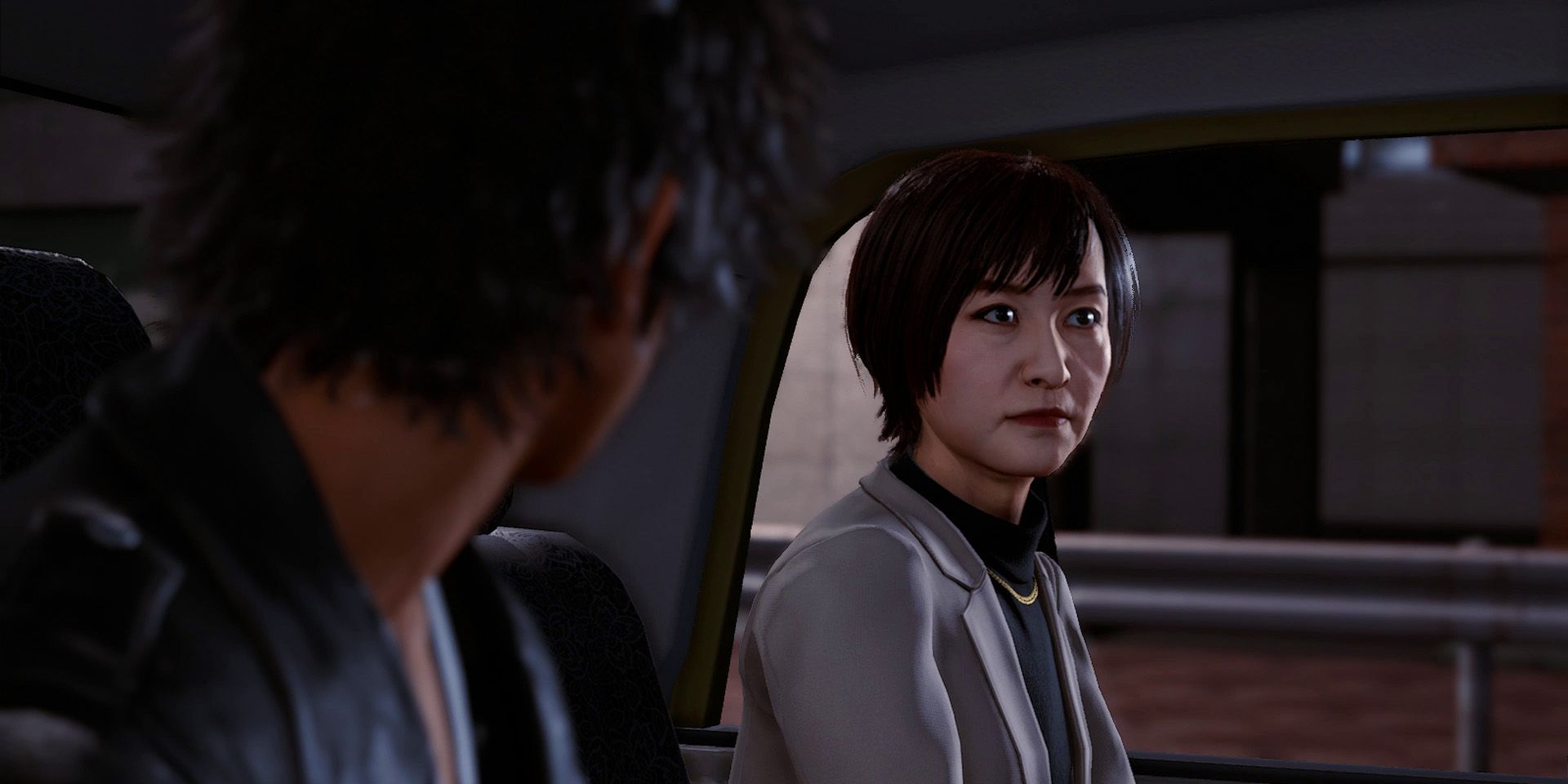 With the real enemies now known, Lost Judgment‘s eleventh chapter, Undercover, centers around finding a way to bring them all to justice. Players will once again need to infiltrate the RK’s Kamurocho hangout in an attempt to track down the gang’s deputy leader, Akutsu, and will also be making progress with Ehara’s appeal.

RELATED: Lost Judgment: Every Piece of Squirrel Graffiti in Ijincho (& Where to Find Them)

As the title of the chapter may suggest, players will need to go undercover in order to get the job done. Much like Lost Judgment‘s sixth chapter though, it won’t actually be Tak getting dressed up in disguise, but instead, Saori. All in all, it’s a fairly short chapter, but one with a little bit of everything, including some genuinely funny moments.

Chapter 11 begins with Tsukumo figuring out where Mitsuru Kusumoto is being treated. Given how keen Tak is to secure an audience with his mother, players should hop in a taxi and select the Touto University Hospital as their destination. This will lead to a meeting with Reiko, where players will simply need to go through every available dialog option to progress the story.

After dropping Reiko back at the hospital, Tak will return to Ijincho, where players will need to make their way over to the Liumang’s hideout to speak with Kuwana. It ends up being a fairly long conversation, though players won’t actually need to do anything other than sit back and listen. Once it’s over, they should return to Yokohama 99 and rest on the couch.

The next morning, players should take a taxi to the Tokyo District Courthouse, where they’ll be meeting with the judge and prosecution to discuss Ehara’s appeal. The district prosecutor is trying to shut the appeal down completely, but players can put a stop to that by asserting that “Ehara’s guilty verdict was wrong.” and then selecting the overhead view of the platform at Shinjuku Station as evidence.

Following a tense conversation with Bando after the hearing, Tak returns to Kamurocho. At this point, players should head to Genda Law and speak with Genda, Issei, and Saori. The latter will eventually decide to go undercover to track down Akutsu and players will have an opportunity to change her appearance. If they don’t, Saori will have the same hair, outfit, and makeup as she did in the undercover section of Chapter 6.

Once the conversation with Saori is over, players will regain control of Tak outside the Cherry Hair Salon. To continue, they’ll simply need to turn around and confirm that they are ready. Doing so will shift control from Tak to Saori, at which point players should head over to Queen Rouge and enjoy the long and amusing cutscenes that play out there.

There are only two interactions required from players during this section, the first of which occurs when Saori upsets Issei. There are three dialog options to choose from, though it doesn’t actually matter which one players end up choosing. Likewise, when the time comes to derail the conversation a short while later, any one of the four seductively suggestive options will suffice.

Eventually, Saori will be taken to Akutsu, who is back at the RK Hangout that players first infiltrated back in Chapter 5. Though at first it seems like everything is going according to plan, things take a sudden and unexpected turn for the worse. Luckily, Tak, Kaito, and Higashi turn up just in the nick of time, and another fight with Akutsu and his RK thugs ensues.

How to Beat Akutsu

Although Akutsu has a little more health than he did in previous encounters, this fight ends up being quite a bit easier than the last one due to him being unarmed this time around. Granted, he still has some incredibly powerful attacks at his disposal, but none are quite as deadly as the chainsaw that he was wielding in Chapter 7.

As always, players should focus on the underlings first, utilizing Crane Style to take them out as quickly as possible. Once only Akutsu is left, they can then switch over to Tiger Style and use rush combos and finishing blows to quickly whittle away his health bar. For those who need them, there are also plenty of potential weapons scattered around the area.

With Akutsu once again defeated, a long cutscene plays out in which Tak begins to wonder whether Soma may actually be an undercover Public Security agent. Unfortunately for Akutsu, Soma is listening in on the conversation and sends two men dressed as police officers to shoot Akutsu dead to prevent other RK members from learning the truth about the gang’s leader.

MORE: Lost Judgment: Every Kappa Statue (& Where to Find Them)