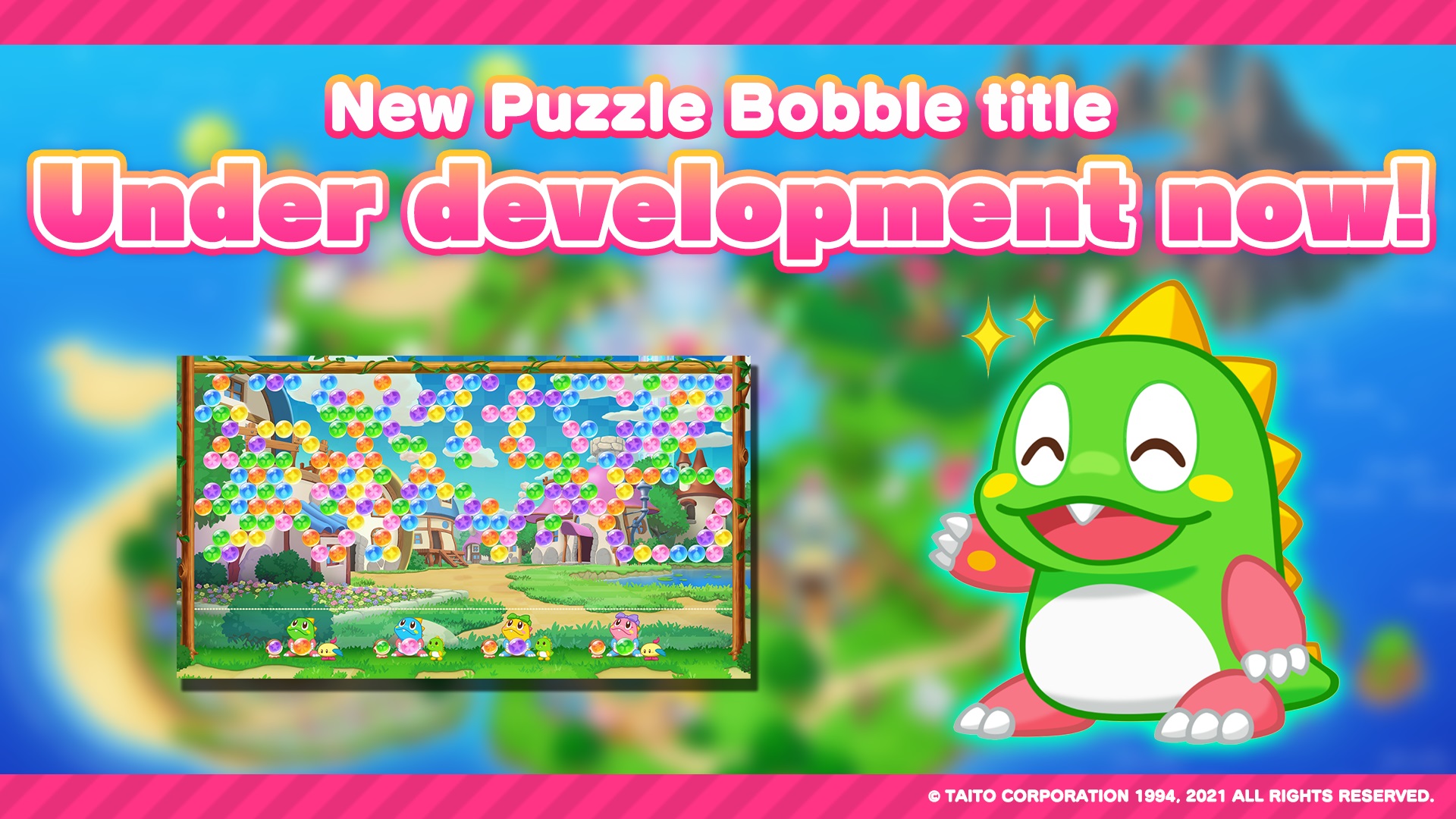 Tozaki said “I can’t give you any more details right now, Bub, but I can tell you that as the original bubble shooter game, Puzzle Bobble will of course include its trademark simple gameplay so anyone can play it, but we’re also taking notes from Bubble Bobble 4 Friends where you can have fun with friends and family and we’re packing all those ideas into the new game!”

Level designer Hidetaka Iyomasa chimed in as well, saying: “You can play alone and try your hand at a real time attack! We worked together on Bubble Bobble 4 Friends, and just like in that game the more the merrier! Play with your parents, or your friends! Or just by yourself! We’ve got it down to a science. We’ve got you covered! What’s more… Oh! Who’s this little fellow? And there’s characters who… No! I can’t say! who ar.. Oh, I’m bursting to tell you! Anyway, we have plenty for you to look forward to!”

Tozaki also talked up the release of the game.

“We’ve only just started with development, so it’s still a way off, but the whole team is hard at work, determined to make it a fun game so please look forward to it!,” he said.

Here’s a new video with both Tozaki and Iyomasa talking up the new game.