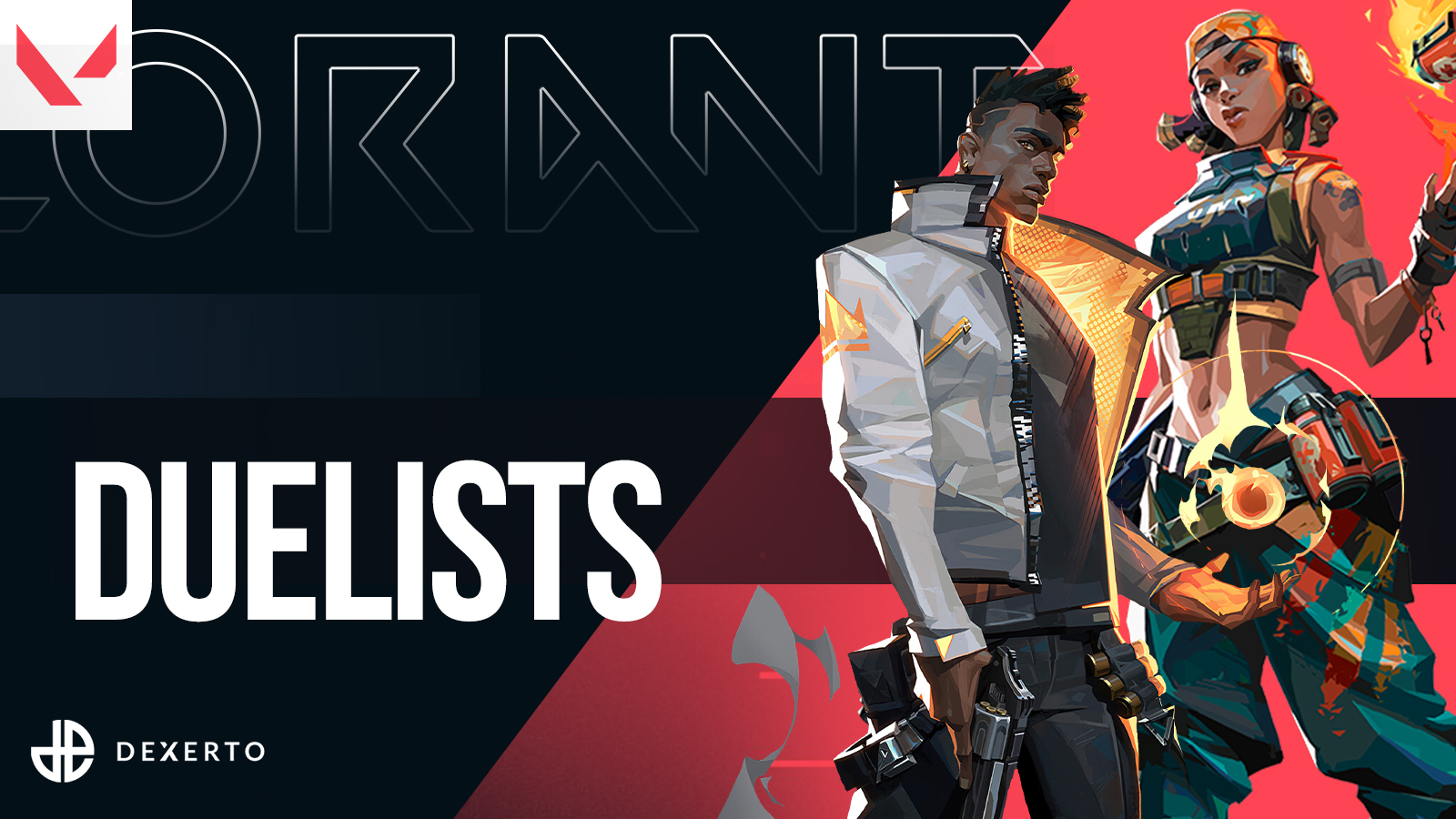 If you’re looking for Valorant’s best Duelist Agent, here’s where Jett, Phoenix, Raze, Neon, Reyna, and Yoru all stack up in the current meta.

Duelists are all about going in solo and getting the job done for the team. The high-fragging Valorant Agents are about making an impact on the scoreboard, constantly finding man-advantages to keep the pressure high.

If this sounds like your kind of role, then read on. We’ve got everything you need to know about the game’s six Duelists ⁠— Jett, Raze, Neon, Reyna, Yoru and Phoenix ⁠— and which one is the best fit for you.

Yoru hasn’t quite been the aggressive Agent Riot expected him to be.

Yoru can still be played well in the hands of a capable player, but his slow flashes and lack of teamplay make him the weakest in his role. That might not be the case for long though, as Riot has already teased some upcoming changes that could make him more viable.

Raze might have tons of explosives, but do more than just damage.

Raze’s kit might just seem all about damage at face value, but it’s also good for slowing things down. She’s not perfect by any means, but Raze stands a fighting chance against any lineup.

Phoenix thrives on the attack but struggles when it comes to defending sites.

Phoenix’s attacking prowess would regard him as one of the game’s strongest attackers. However, his defensive capabilities do hold him back from cracking into the top tier

Neon is the latest Duelist to join the rank of Agents in Valorant.

Although she’s not the strongest Duelist in Valorant at this moment, Neon can be fairly devastating in the right hands. Additionally, given that the Agent is not equipped with traditional flashbangs or smokes makes it fairly important for Neon to be drafted in well-balanced team compositions.

If you’ve got the aim, Reyna is your best bet.

The nerfs to Reyna in Patch 2.03 did slow her down for a while, but the addition of souls dropping on assists has pulled her back into the upper echelon of play. Other Duelists have more utility to work with but her in-combat survivability separates her from the pack.

Jett has been the meta Duelist for so long, and it’s easy to see why.

Jett’s versatile playstyle plus her well-balanced utility makes her the best Duelist by far. She’s been a staple in the meta for months now, and despite continued nerfs from Riot, she will reign supreme as long as she doesn’t lose that utility.

The most important thing when it comes down to it is picking an Agent that’s right for you. Each Valorant Duelist has their own unique playstyle, and you should try them all out to find your best fit.

Looking to become a Future Earth champion? Be sure to check out our list of guides:

Best Valorant Agents | Best Sentinels | Best Duelists | Best Initiators | Best Controllers |What is the Night Market? | How to get Gun Buddies | What is Econ Rating? | How to get free loot drops | Is Valorant on Mac? | How many people play Valorant? | When is Valorant on Mobile coming out?